Stockholm 2016: Swedish studio Färg & Blanche has added to its Succession collection of furniture with a set of mirrors that feature leather frames with criss-crossed indentations.

The collection of four mirrors includes three wall-hanging versions of various sizes, held in rectangular surrounds with rounded corners. A taller floor-standing mirror resembles a tapered column, and rests on a sturdy square base.

The mirrors are wrapped in black leather, which has been tied up in ropes to create impressions in the material similar to bound flesh.

Placed in a large oven and heated, the products are then cooled to create permanent marks when the cords are removed.

"The results when you cut away the rope is that of a pattern without seams, as brutal as it is sophisticated and refined," said the studio, which has also designed stools for Swedish furniture brand Gärsnäs and chairs shaped like trouser braces. 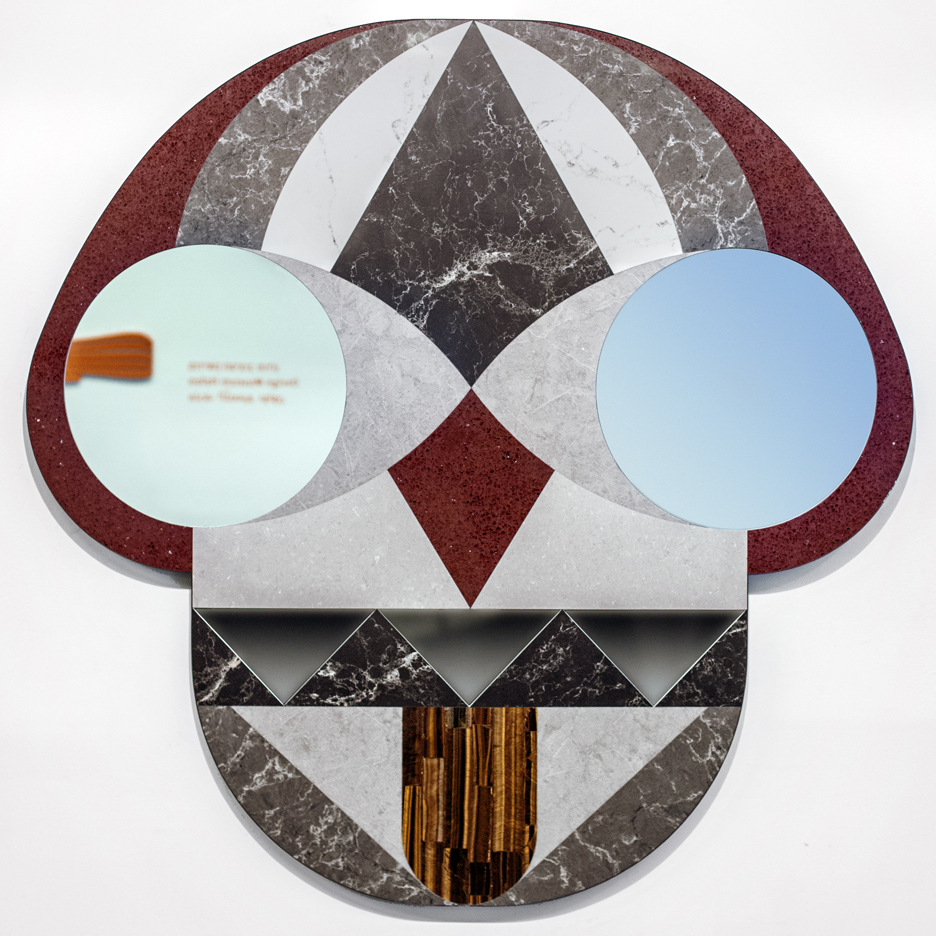 "They become like living furniture populating our homes," they added. "This collection has the aim to be really organic in their shape, like living organisms and unidentified shapes that grow."

The studio launched the Succession series in 2009 with a set of stools, and over the years has gradually added cupboards, tables and ceramics.

"We want to explore further what is possible with the technique," said the studio, set up by designers Fredrik Färg and Emma Blanche in 2010. "We would like to make bigger installations with this aesthetic and the mirrors are a good way to show on a bigger scale what we could do for special project and interior architecture."

The Succession mirrors will debut at this year's Stockholm Furniture Fair, taking place from 9 to 13 February 2016.