The Arch shelving comes in separate sections of various heights and widths, which can be mounted onto a wall in different configurations.

"When we got the brief we had an idea of making a bookshelf as important as any other furniture in the room," said the studio, which has designed a diverse range of objects including tables, lighting and soft furnishings. 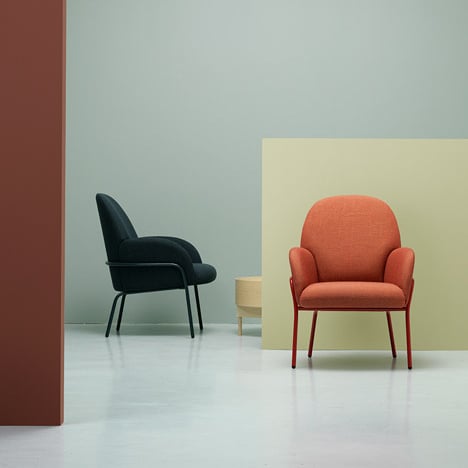 "A bookshelf is an extremely practical piece of furniture and it should therefore be treated with some extra care, design-wise," Note added.

The bookcases for Swedish brand Fogia, which come in natural and black-stained oak, are supported by pieces of bent wood that form half-moon shapes in between the ends of the shelves.

The studio referenced various architectural constructions to create the supporting arches, which cast curved shadows once the shelves are mounted.

"We wanted to make an elegant bookshelf that not only displays the object in it beautifully, but also lets the room show the best of itself," said Note, which has previously created lounge chairs, side tables and a sofa for Fogia. 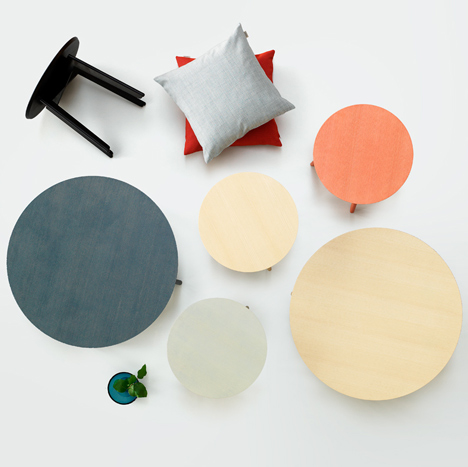 "We want this to be a bookshelf that you bring with you wherever you move, howsoever you live, through your whole life."

The Arch shelves are on show at Stockholm Furniture Fair, which takes place from 9 to 13 February 2016 as part of Stockholm Design Week. Also debuted during the event were a range of homeware by Iittala and Issey Miyake, and collection of leather rugs by Claesson Koivisto Rune.