London studio Moxon Architects has released images of its design for a home nestled into a quarry in the Scottish highlands, which has been granted planning permission and will start construction later this year (+ slideshow).

Named Quarry House, the project will be located in Cairngorms National Park which is surrounded by Site of Special Scientific Interest, Crathie Wood, a feature that Moxon has incorporated into their design.

"The brief for this house was that it should be of the woods as much as it is in the woods," said studio director Ben Addy.

The studio plans to embed the house into its surroundings by mimicking the landscape in the line of the roof.

"The ridge line of the building relates to the top edge of the quarry, with the roofs sloping down in the direction of the quarry slope," Addy told Dezeen. "This helps to situate the house into the landscape as opposed to positioning with particular prominence on it."

A smaller, second roof is set further back from the front to make the house appear smaller when viewed from within the bowl of the quarry. 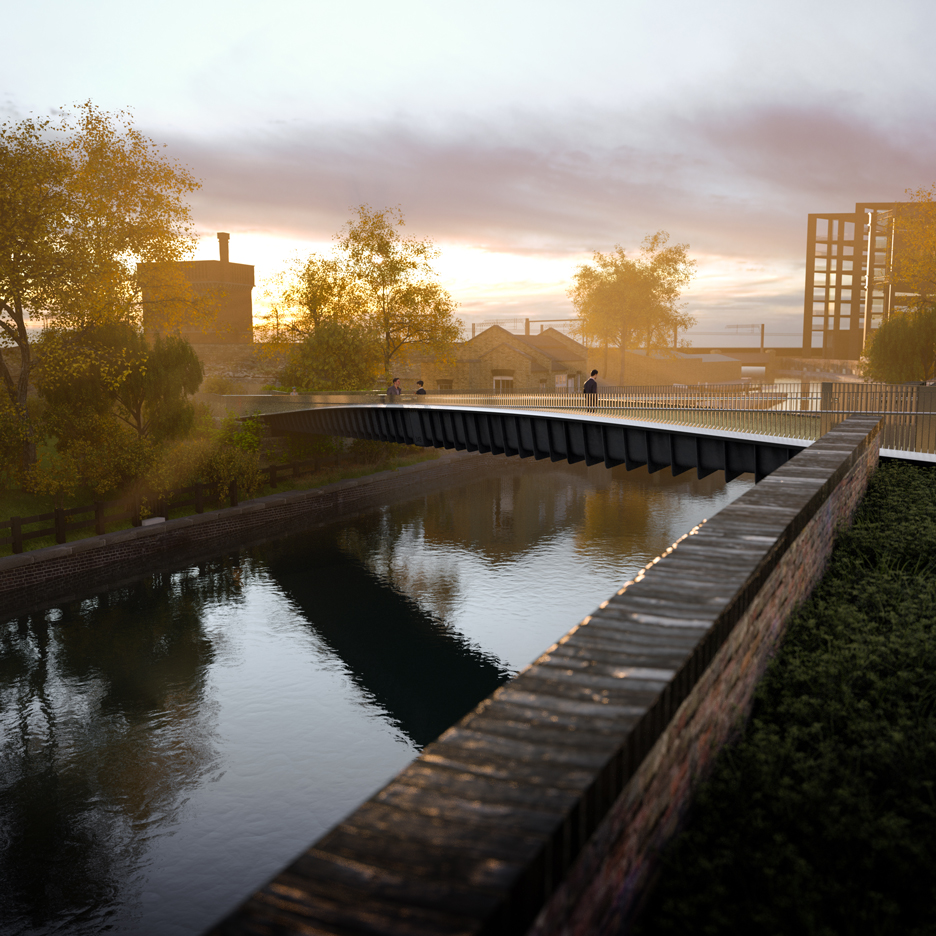 In a location with extreme weather conditions, the orientation of the manmade hollow provides shelter from northerly winds while remaining open to the south and west for sunlight.

Moxon will capitalise on this by offsetting interior spaces to create covered outdoor areas. Windows will provide views through the house and into the woods.

"The interior spaces are deliberately 'misaligned' in order to create pockets of space that embed the building in its surroundings with sheltered niches and frequent unexpected views," said the architect.

As the house will be largely self-built, simple construction techniques and material choices will reference agricultural barns and steadings.

"Box-profile metal sheeting is used for the roof and some of the walls plus untreated timber straight off the saw for external walls away from door openings," Addy told Dezeen.

Other aspects of the design are determined by the materials chosen. The width of the house is the spanning capacity of standard 12-by-two-inch timbers, so construction details are uncomplicated and trusses are not required.

"Where there are doors located in a section of wall the timber will be planed smooth – the roughness or smoothness of the boarding will relate to specific parts of the building," Addy explained.

The massing and fenestration will take "an Arts and Crafts approach" like the houses in the surrounding area, according to the architects.

Similar to the style of the movement, upper-level windows are placed in the eaves created between the two roofs and their sizes relate to corresponding views.

The house will have two bedrooms with separate studies and a guest wing with a third bedroom.

Other projects by Moxon Architects include a glazed extension to a Grade II listed town house in south-west London and plans for a slender footbridge in London's King Cross.