A transparent sauna that exposes its bathers and a charred timber globe offering refuge from the chilly weather are among this year's Winter Stations installations on the shores of Lake Ontario (+ slideshow).

Built around the beaches' lifeguard stations, the interactive installations are designed to encourage Toronto residents out of their houses in the depths of winter.

Four pavilion designs were selected from almost 400 submissions to the Winter Stations competition, which was set up by RAW Design, Ferris + Associates and Curio in 2015 and is now in its second year.

Three student pavilions, and a fire pit with a charred cedar windbreak designed by Canadian architect Douglas Cardinal, are also included in this year's lineup.

"Each installation brings its own unique story to the beach, demonstrating that, no matter what the temperature, design draws the crowds," said RAW Design founder Roland Rom Colthoff.

To fit with this year's theme – Freeze and Thaw – Calgary-based artists Lane Shordee, Caitlind RC Brown and Wayne Garrett wanted to create a juxtaposition between scorched and frozen. 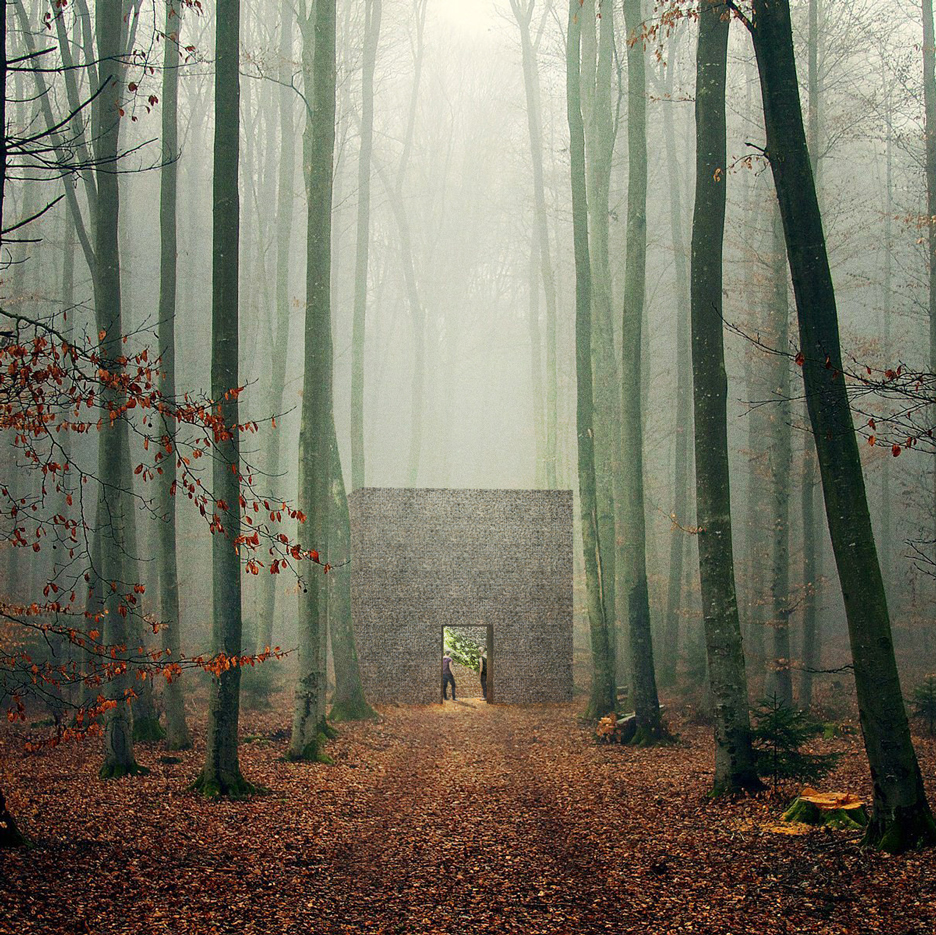 Their piece, In The Belly of the Bear, is a charred timber globe that contrasts with the stark frosty beach landscape. A wooden ladder invites visitors to climb into a fur-lined cavity, where they can take in views of the lake through a porthole window.

The second installation, Floating Ropes, was devised by Montreal architecture collective MUDO to act as a porous shelter. Visitors can burrow towards the centre of the "multilayered rope forest", where the elevated lifeguard chair acts as a lookout point over the water.

To help winter walkers thaw out from the cold, Kent architecture practice FFLO created a transparent sauna. The see-through structure is illuminated at night by solar-powered lights, giving glimpses of bathers through the walls.

Further down the beach, a spiky shelter named Flow was made form star-shaped pieces of wood and designed by graduate students Calvin Fung and Victor Huynh to portray the transition between freeze and thaw.

Frost formations provided the inspiration for a faceted white hut named Lithosphere by students from Ryerson University, while another team from OCAD University designed a hut to resemble a capsized canoe.

Solar tubes at the rear of the domed wooden shelter are intended to turn snow into steam, creating a halo of fog around the cocooning structure.

The final offering comes from Laurentian University students, who formed a brightly coloured chandelier-like sculpture called Aurora Borealis. Tubes of pink, purple and green fabric are suspended by a round aluminium frame and move in the wind. The tubes contain LEDs and are designed to change colour in response to body heat.

The opening of this year's Winter Stations coincided with Family Day on and will remain open to the public until 20 March 2016.

Photography is by Khristel Stecher, Ben Rahn and James Fox.