French designer Ora ïto has revealed his tram designs for the Mediterranean city of Nice, which will be charged through the ground rather than via overhead cables (+ movie).

Created with French rail company Alstom, Ora ïto's trams will run on the new 11.3-kilometre (7 miles) east-west line through Nice – which the city's inhabitants approved in a January 2016 vote.

To lessen the impact of the tramway on the historic city, the trams will charge through the ground to avoid prominent overhead contact lines.

The streamlined carriage exteriors are coloured a reddish ochre, to match the pigments used on the facades of 17th-century buildings including Place Massena and Villa Matisse.

"The lucid elegant shape is designed to slip through the historical town paving a contemporary ochre trail," said a statement from the designer, who previously opened the rooftop of Le Corbusier's Cité Radieuse housing block in Marseille as a contemporary art space.

Each 44-metre Alstom Citadis X05 train can accommodate 300 travellers, and 19 vehicles are so far planned for the route. 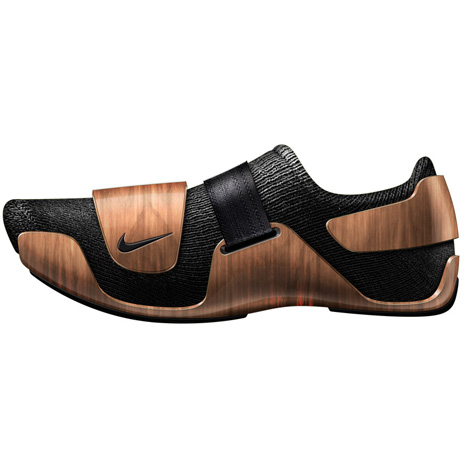 Ora-Ïto's Nikeames shoe is an "homage to Charles and Ray"

Double doors along the length of the train will be added to offer better accessibility.

Electric trams, also known as trolleys, are considered an energy-efficient form of public transport. Therefore many cities around the world are reinstating and expanding their networks, including Adelaide, Christchurch, Edinburgh and Nottingham.

"The tramway is a means of transport that consumes the least energy and is in demand in today's cities," said ïto.

"This new generation will contribute even further to protecting the environment with 30 per cent less energy consumption, recovery of brake energy and a revaluation rate of 98 per cent."

The first trams are due to be delivered in the summer of 2017, and implemented the following year.

Visitors from London are now able to travel to Nice on the Pininfarina-designed Eurostar trains, which were slammed by fashion's elite earlier this month.

Ora ïto's previous transport-related projects include a spaceship designed for Citröen in 2011. He also controversially developed a conceptual Nikeames trainer with curved veneer sections referencing the work of Modernist furniture designers Charles and Ray Eames in 2014.