Billed as the studio's first-ever large-scale retrospective exhibition, The Space in Between will present a selection of work spanning Nendo's 14-year history.

Opening in June 2016, the exhibition will be curated by Maria Cristina Didero and designed by Nendo. It will focus on the use of in-between spaces in the studio's work.

"A museum-first, the show will deal with the challenges and the related solutions that Nendo – a studio led by one of the most prominent talents of this generation, Oki Sato – has encountered while interacting with the different typologies of objects and their unexplored areas," it added. 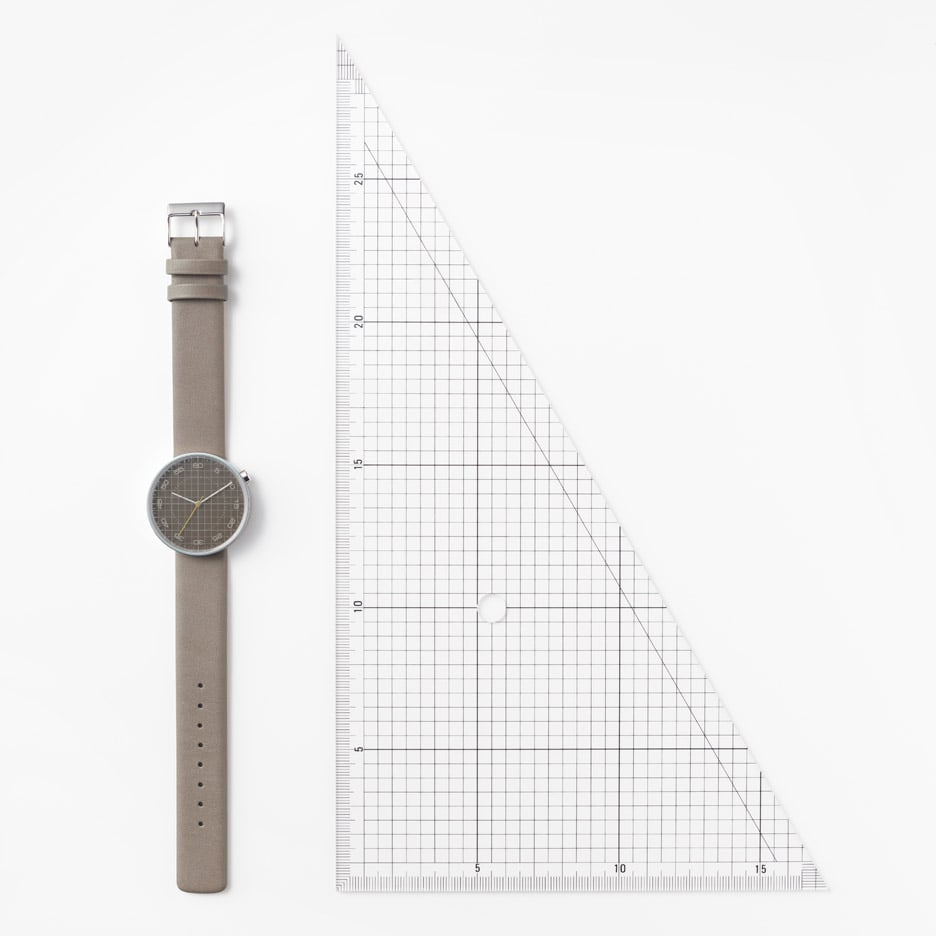 Canada-born Sato, 38, trained as an architect at the Waseda University in Tokyo and founded Nendo in 2002.

The studio is well known for its vast annual output of products, interior design and architecture projects. In an interview with Dezeen, Sato said that working on up to 400 projects at a time relaxes him.

Last year the studio staged a one-year retrospective during Milan design week, showcasing some of the 100 products for 19 brands it had created over 12 months.

The display at Design Museum Holon will be divided into six themes. Between Processes will focus on Nendo's exploration of different manufacturing methods, while Between Textures will look at the studio's use of materials.

"If one takes a closer look at the gaps between two differing materials, it becomes apparent that there are no clear-cut distinctions, but rather a gradated space in which their respective characteristic features waver ambiguously," said Nendo. "It is this space that forms a platform for new ideas and creativity."

Between Boundaries will focus on Sato's approach to designing for and around everyday interactions.

Between the Object will look at the gaps and spaces found within and around products themselves. "Widening, truncating, or replacing these gaps with completely different elements can bring about new functions and meanings from the inside," said Nendo.

The final two themes are Between Relationships, which will look at pairings like structure and finish or design and function, and creating connections between seemingly disparate elements and products, and Between Senses, which will focus on sensory perception and experience in design.

The exhibition will spill out of the museum's gallery spaces and into its grounds.

"This is an invitation for visitors to be drawn closer to the essence of contemporary Japanese design – which has a tradition of investigating the space in between," added the museum's chief curator Galit Gaon.

Nendo has its own design brand by|n, under which it releases personal and home accessories including watches, slippers, ceramic tableware, note blocks, shirts, and umbrellas. These are sold predominantly in Japanese department stores for which the studio also designs interiors. Its watches are also stocked by Dezeen Watch Store.

The studio also recently began to expand its branding and advertising work. Its client list includes companies like Disney and fashion brands Kenzo, Tod's and Camper.

It has designed furniture for some of the world's leading producers, with recent examples including Glas Italia, Moroso, Cappelini, Kokuyo, Kartel, and Emeco.

Nendo – The Space in Between will run at Design Museum Holon from 8 June until 30 October 2016.