A glass-enclosed "skyslide" is being added to the US Bank Tower in downtown Los Angeles, offering thrill seekers the opportunity to glide down the building's exterior.

Called Skyslide, the glass chute will measure 14 metres in length and 1.2 metres in width, and will be installed approximately 304 metres above the ground below.

The enclosure will be made of 32-millimetre-thick glass panels. Renderings show the slide attached to the 72-storey building by a metal support system.

"Visitors will experience Skyslide's unparalleled views in a whole new way, as they glide from the 70th to the 69th floor of the US Bank Tower," said the developer, Singapore-based OUE Limited, which purchased the office building in 2013.

The slide is part of a new observation area called Skyspace LA that is being added to the 310-metre US Bank Tower, which is California's tallest building.

Designed by Pei Cobb Freed & Partners, the skyscraper was completed in 1989 and was the first supertall tower in the western United States, according to the Council on Tall Buildings and Urban Habitat.

Totalling $50 million (£35 million), the current renovation and enhancement project – which global firm Gensler is designing – is meant to add tourist appeal to the ageing office tower, which faces competition from renovated historic industrial buildings that are popular with creative agencies and tech companies.

Roughly 75 per cent of the tower is currently occupied, according to reports. 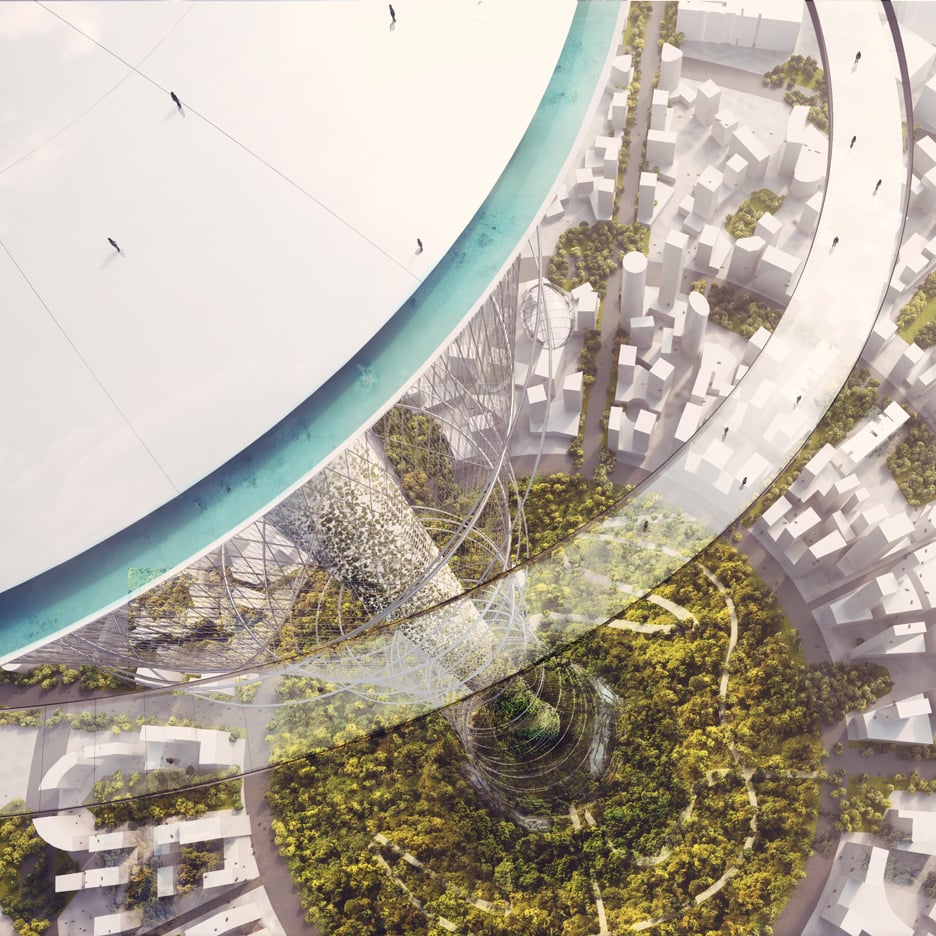 "Skyspace LA is poised to be a beacon of the reemergence of downtown LA as a thriving community," said OUE Limited.

The 260-square-metre Skyspace will offer California's highest open-air observation deck when it opens this summer.

The space will offer panoramic vistas of the region, including views of the San Gabriel Mountains, the Pacific Ocean and cultural landmarks such as Dodger Stadium.

It will also contain interactive exhibits. The 360-degree Digital Topography Wall of Los Angeles will present information on neighbourhoods and points of interest, while the Infinity Wall will show an endless series of reflections.

The Silhouette Wall will feature digital pixels that form shapes based on the body movement of visitors.

Related projects include a bubble-shaped viewing platform proposed for the top of commercial aircraft and Santiago Calatrava's competition-winning design for an observation tower in Dubai.