Japanese studio Nendo has launched a collection of accessories for dogs that are designed to look good inside minimally furnished homes (+ slideshow).

Nendo – a studio well known for creating minimal-looking products – created the Cubic pet goods as an alternative to the typically garish toys currently dominating the market.

"The majority of pet products for dogs are roundish and cute," said the studio. "However, they aren't often suited to interior spaces with walls, floors, ceilings, windows and furniture designed mostly in a linear manner."

"With this issue in mind, pet products are designed with a variety of functions, emphasising compatibility with interior elements," it added.

The range, which comes three years after the studio's transformable pet accessories, favours simple geometric shapes. It includes a soft toy, a rectilinear dog house, a ball with square cutouts and a simple food bowl. 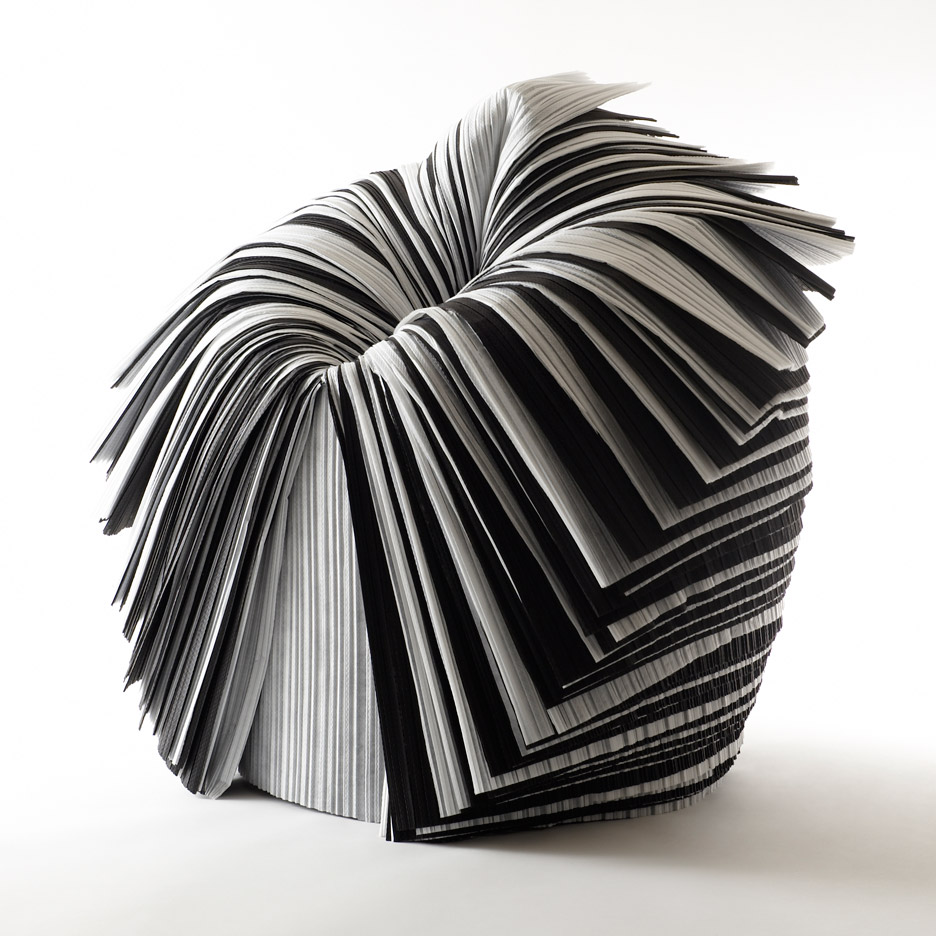 The soft toy is made up of a series of cuboidal pieces that form a cube when grouped together.

Every piece of the toy has its a bell inside, and each one makes a different tinkling sound from the others.

The dog house – also in the shape of a cube – consists of two pieces that are connected by a zip fastener. When the upper part is squashed down, the dog house can be used as a bed.

The square-shaped food bowl features embossed contour lines on the inside, which could be used to check the amount of food or water left.

"Usually, food bowls for pets don't blend in well with the surroundings in a room or on a balcony," said the team.

"Plant pots in similar shapes are also available to be used in combination with the food bowl, to make the bowl blend in better with the surrounding space," it added.

As the only round item in the range, the toy ball that has been punctured with a number of square holes. Snacks and treats can be placed in the holes – encouraging the dog to play with the ball while trying to get the treat out.

Nendo is led by designer Oki Sato. It created the Cubic objects for its by|n homeware range, available from Japan's Seibu department stores. Other items in the range include an umbrella stand, ceramic tableware and set of cone-shaped slippers.

The Japanese studio is well known for its vast annual output of products, interior design and architecture projects. In an interview with Dezeen, Sato said that working on up to 400 projects at a time relaxes him.

Design Museum Holon recently announced that it is to host Nendo's first major museum retrospective, which will present a selection of work spanning the studio's 14-year history.

More architecture and design for dogs