This tiny stone cottage by Patterson Associates provides a remote honeymoon retreat on the rugged coast of a New Zealand peninsula (+ slideshow).

Seascape Retreat is one of four luxury villas located on a working farm on the Banks Peninsula, an outcrop south of Christchurch formed from the eroded remnants of two large volcanoes.

Auckland-based architect Andrew Patterson tucked the cottage under an escarpment at the foot of one of the peninsula's rolling hills.

The building's walls are made from chunks of rock quarried from near the site, while its concrete roof is covered in turf, helping to camouflage the property from the hills above.

"When designing in beautiful natural environments like these it helps to take the positive view that human beings and therefore our constructions are a natural part of the planet, like the rocks and the trees we are children of mother earth," said Patterson, "but with that relationship comes responsibility and respect."

The cottage comprises three irregularly shaped rooms – an entrance hall, an open-plan lounge and bedroom, and a bathroom. 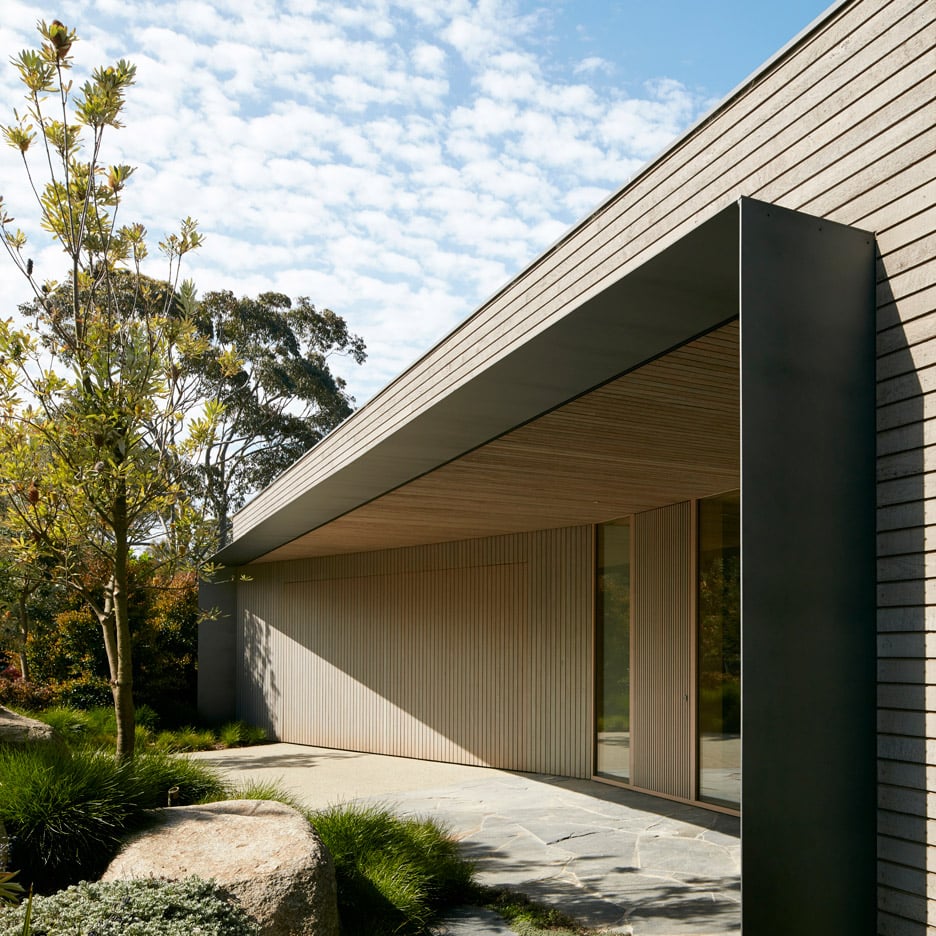 The combined living area and bedroom features split-levels to create natural separation. It also boasts a glass wall facing out towards the boulder-strewn beach and South Pacific Ocean beyond.

"Its plan and section uses an interlocking geometry to respond to two views, a three-quarter outlook along the face of the cove and a far view aligning with a double rock arch called The Comb [now partially demolished by the 2011 Christchurch earthquake]," said the architect, who previously designed a museum featuring a folded stainless steel facade.

In the bathroom, a tub is positioned in front of a narrow sea-facing glazed door that connects with a decked terrace.

The double-glazed windows are made from a coated glass, designed to stand up to storm battering, as well as to help to filter out ultraviolet light during warmer months.

Some of the cottage's floors are made from cast in-situ concrete, while others are constructed from the same mottled stonework as the facade. The concrete ceiling slab is masked by horizontal planks of cypress wood.

Other recent examples of seaside residences in New Zealand include a wooden cabin built on a giant sled and a pair of charred timber huts on a hillside overlooking the Tasman Sea.

Photography is by Simon Devitt.