Milan 2016: Italian architect Carlo Ratti has created a system of smart modular seats that can be adjusted with an app or hand gestures into different configurations (+ movie).

Carlo Ratti Associati's Lift-Bit furniture system, which the studio claims is the world's first Internet-of-Things sofa, is part of a range of new interactive products created with the support of Swiss furniture brand Vitra.

The Internet of Things is made up of smart products that communicate with each other over Wi-Fi, and can be controlled and monitored by digital devices such as smartphones and tablets.

Examples of these products include a thermometer for checking a child's temperature remotely, and a security system that allows users to let visitors into their home when they are not in. 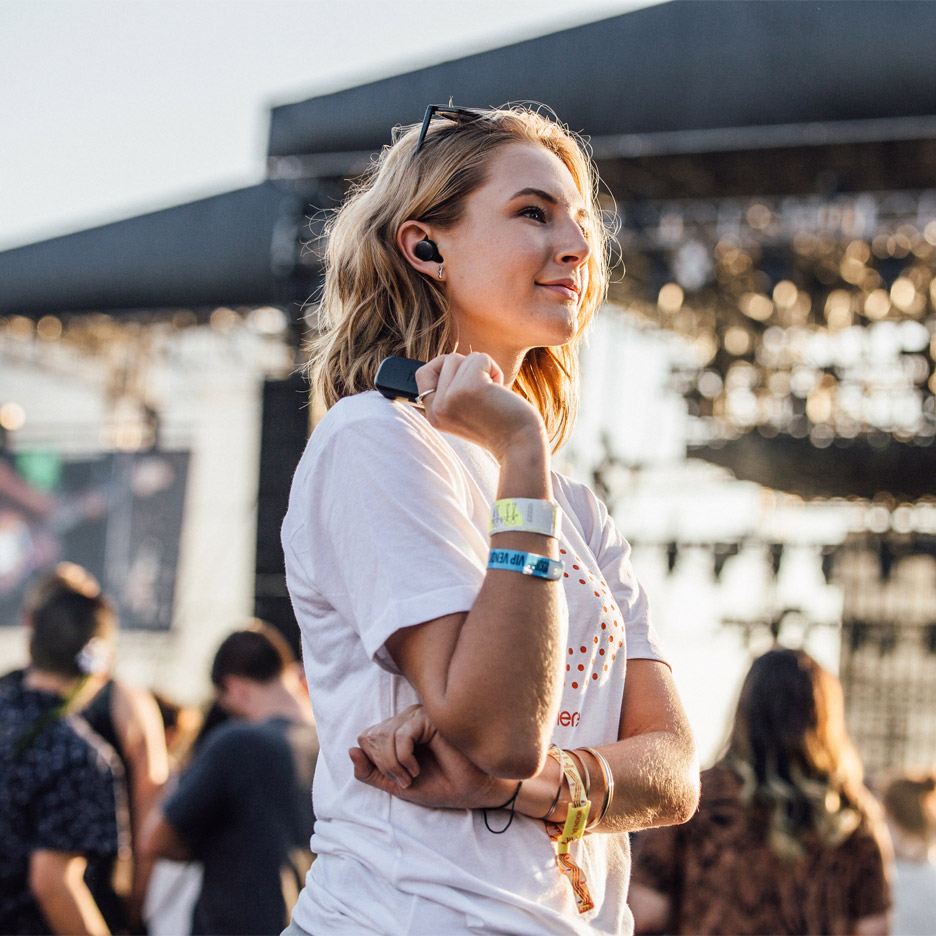 Lift-Bit is made up of upholstered hexagonal seats that can be used alone as stools or tessellated together into larger sofas.

"The idea was for a system that is based on elements, each element has a linear motor so it goes up and down," said Ratti, who is also a professor at MIT and director of the institution's Senseable City Lab.

"All the elements talk to each other and you combine them just by putting them next to each other. You can control them digitally with your iPhone."

Each stool includes a mechanism that lifts the seat up and down its central stand. This motion can be controlled either with a smartphone app, or by activating embedded sensors that recognise gestures.

When the user hovers their hand over the seat, they can raise or lower it with the same movement.

Placed in different configurations, the stools can be adjusted to form chairs, chaise longues and sofas.

With even more modules, users can form large "landscapes" of undulating geometric sections that look like the Giant's Causeway rock formation in Ireland.

The system also gets "bored", and begins shape-shifting on its own to engage users when it hasn't been adjusted for a while.

Carlo Ratti Associati works across a range of digital design and technology fields. The studio created a digital supermarket for last year's Milan Expo and designed a ceiling-mounted installation that directs personalised "clouds" of water vapour at anyone walking beneath.

In his role at MIT, Ratti also recently released plans for a slot-based system for driverless cars at road intersections, which his team believes could spell the death of the traffic light.

Lift-Bit will be on show as part of the Rooms – Novel living concepts showcase at the Milan XXI Triennale International Exhibition.

Taking place during Milan design week from 12 to 17 April 2016, the exhibition will present work from 11 Italy-based designers and studios including Fabio Novembre and Alessandro Mendini.

Dezeen has picked the top trends to look out for in Milan this year, which include rethinking office furniture, design for children and products for compact living.