Launched in 1963, Pedrali is managed by Giuseppe and Monica Pedrali. The brand established a production centre dedicated to wood in 2006, before moving to a larger site six years later. The facility has now been upgraded again for the 10th anniversary.

"The tradition of artisan woodworking in the Friuli area, coupled with our extensive experience in the use of different materials, has allowed us to create a collection of furniture that responds to the demands of versatility and customisation in the contract sector," said Giuseppe Pedrali, the company's CEO.

"This encouraging sign confirms the real value of Italian production in terms of craftsmanship, technological innovation and creativity." 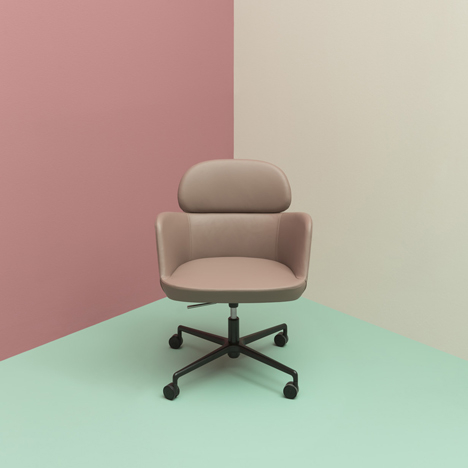 In 2013, the production unit in Manzano obtained the FSC Chain of Custody certification. This guarantees that the raw material used originates from forests that are responsibly managed according to strict environmental, social and economic standards.

The centre also has computer numerically controlled (CNC) machines for milling and contouring, while sandwich panel presses are used for bonding.

Rather than using solid pieces of wood, the brand's production technique layers woods such as oak, ash and walnut. The company is also developing solutions for gluing and joining, as well as ways to combine plastics and metals.

Pedrali's wooden furniture products include Frida – an oak chair designed by Odo Fioravanti, which was awarded the XXII ADI Compasso d'Oro in 2011.

Other examples of the brand's wooden furniture are the Babila chair, which features a slim plywood seat and solid ash legs that are also available in steel – either individually or as sled frames and the Nemea chair that combines a die-casted aluminium frame, to provide structural strength, with a plywood seat and legs in solid ash.