In memory of musician Prince, who died suddenly last week, LACMA has used purple lighting to turn the popular Rain Room installation into a tribute based on one of the musician's most famous tracks.

Two days after Prince's death aged 57 last Thursday, the installation by Random International was transformed into an homage to Purple Rain by adapting the usually white lighting that shines through the falling water.

The London studio sent a tweet to the Los Angeles County Museum of Art requesting the change, and the institution responded in agreement soon after. 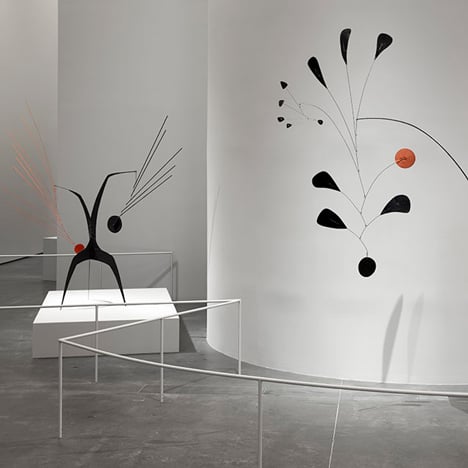 "It was humbling to be able to express our own sorrow so directly, thanks to LACMA," Random International told Dezeen. "That seems to have resonated with the public. The feedback was very nice."

Purple Rain was the title track on Prince's 1984 album, which was also the soundtrack to a movie of the same name.

The colour purple since became synonymous with the artist, and many of the illustrations created in the wake of his death were based around the hue.

First designed in 2012, the Rain Room allows visitors to play in the rain without getting wet.

Water falls in a continuous shower from the ceiling, but sensors are able to detect visitors and turn off the downpour wherever they are standing.

Random International first installed the piece at London's Barbican Centre, and its popularity led to a tour of locations including New York and Shanghai, before it was moved to LACMA.

It has now temporarily ended its run at the museum, and is set to reopen on 19 May 2016 after conservation work on the museum has taken place.

Following Prince's death, Dezeen spoke to the designer of the symbol he famously used instead of a name. Mitch Monson described the musician as "the Nike swoosh before Nike was", and explained the story behind the iconic logo.

Random International has also commented on Prince's creative legacy: "Far beyond providing a soundtrack to life across generations, Prince established new possibilities for creativity, both in terms of the conception and the delivery of his work."

"In his devotion and commitment to breaking new ground, he created more than music," the studio added. "Whatever happens with his estate and the rumoured trove of unpublished material, his legacy is assured."