Mexican artist Santiago Borja has built a thatched observatory on the roof of one of Holland's best-preserved Modernist houses (+ slideshow).

Named A Mental Image – Blavatsky Observatory, Borja's installation has been constructed on top of Sonneveld House in Rotterdam, a property designed in the 1930s by Dutch firm Brinkman & Van der Vlugt.

The heptagonal structure transforms the simple roof terrace into an outdoor room that focuses visitors' attention to the sky above.

Timelapse video showing the observatory from day to night

Its angled surface is thatched with straw, intended to reference the traditional Dutch farmhouse, but also to directly contrast the white walls and functional styling of the historic house.

"Borja considers his observatory to be a space for contemplation, an abstract space where visitors can find themselves through spiritual and spatial awareness," said a statement from the project team, led by curator Erich Weiss.

"[He] covered his observatory with a thatched roof in acknowledgement of traditional Dutch construction methods," they added.

Albertus Sonneveld, one of the three directors of the Van Nelle Factory, commissioned Sonneveld House for himself and his family in 1929. Since 2001 it has operated as a museum, run by the Het Nieuwe Instituut of architecture, design and e-culture. 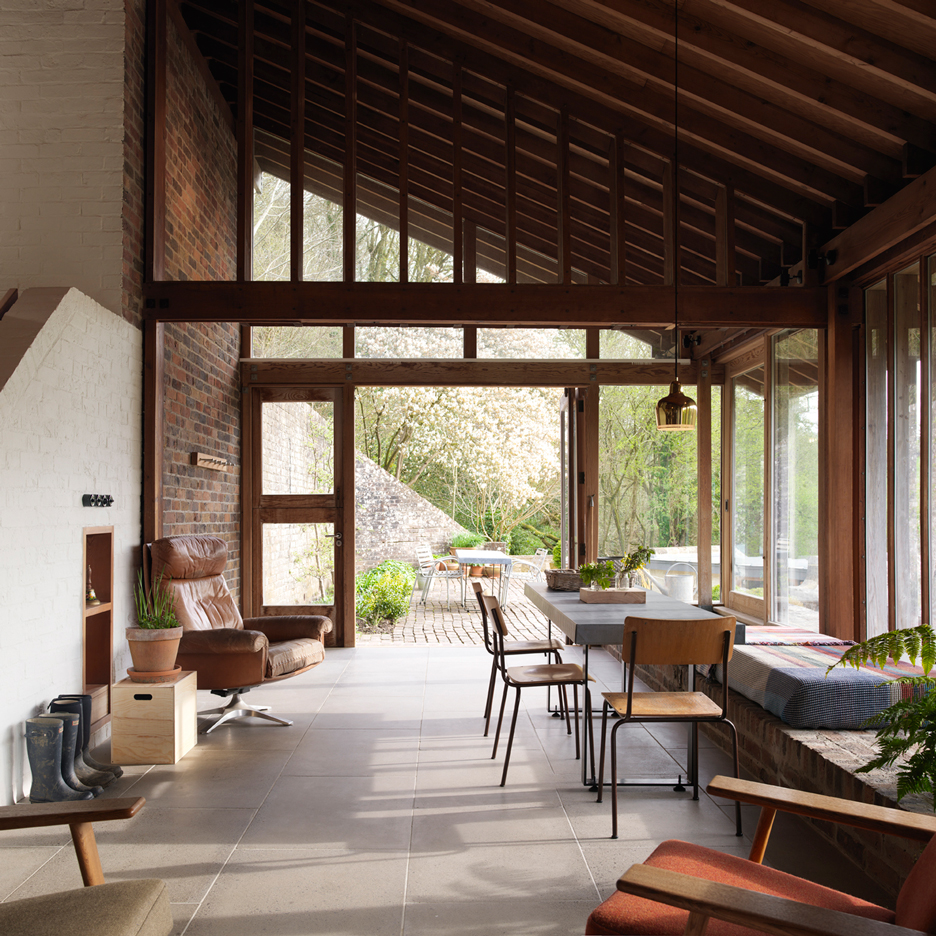 The house is an important example of the Nieuwe Bouwen style, which is also referred to as Dutch Functionalism.

Borja intends his installation to draw attention to the influence of Western esotericism – a type of abstract thinking – on this style.

"In their quest to find a universal visual language at the dawn of the 20th century, artists such as Piet Mondrian and Wassily Kandinsky drew inspiration from, amongst other things, the writings of esoteric thinkers," explained the team.

"Less well known is the influence of these ideas on the architecture of the period," they said.

The artist named the installation after Helena Blavatsky, or Madame Blavatsky, who founded a society around an esoteric doctrine promoting spiritual and mystical practices.

The Blavatsky Observatory installation coincides with the International Architecture Biennale Rotterdam, which opened at the weekend. It will remain in place until 22 May 2016.

Borja is the latest in a series of artists and designer who have been invited to make a temporary addition to the house. Designer Richard Hutten added a series of his own objects back in 2014, while artist Eva Rothschild will create a new work for the building this summer.