The United Arab Emirates is considering proposals for an artificial mountain that could help increase the country's rainfall.

Researchers are exploring different approaches to creating more rain in the country, according to reports. One option is to construct an artificial mountain, which would increase cloud production and make it possible to create rain on demand.

A team at the National Center for Atmospheric Research (NCAR) in the US are understood to have received a $400,000 grant towards a detailed study exploring whether it would work.

"What we are looking at is basically evaluating the effects on weather through the type of mountain, how high it should be and how the slopes should be," explained NCAR lead researcher Roelof Bruintjes, speaking to Dubai news site Arabian Business.

"We will have a report of the first phase this summer as an initial step."

Mountains are a major factor in rainfall as they force warm, moist air to rise and cool, and thus create clouds.

Increasing the number of clouds provides more options for seeding – a process where chemicals such as silver iodide or potassium iodide are added to clouds in the form of ice crystals, boosting rainfall.

No location has yet been set for the mountain, as the NCAR team is exploring various options.

"Building a mountain is not a simple thing," Bruintjes told the website. "We are still busy finalising assimilation, so we are doing a spread of all kinds of heights, widths and locations."

There is also no indication yet as to how much it would cost, but Bruintjes admits the project will only go ahead if they can develop a proposal that isn't too expensive for the government.

"This gives them an idea of what kind of alternatives there are for the long-term future," he said. "If it goes through, the second phase would be to go to an engineering company and decide whether it is possible or not."

The UAE government spent a reported $558,000 (£400,000) on cloud seeding last year. The experiments are believed to have played a part in last month's record rainfall, which was also accompanied by thunderstorms and strong winds. 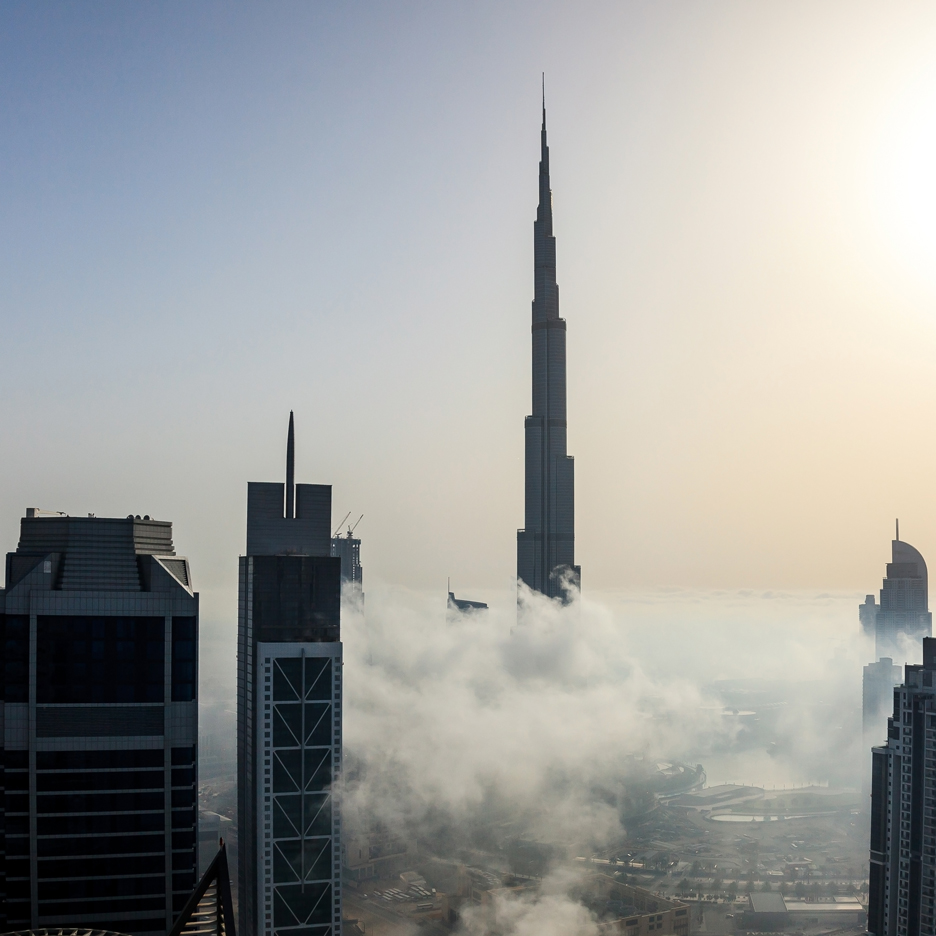 On average, there are only five days of rainfall a year in the country, where temperatures typically rise to 45 degrees Celsius in summer.

But the Arab country is no stranger to ambitious construction projects. It is currently home to the world's tallest building, the SOM-designed Burj Khalifa, and an artificial island shaped like a palm tree.

Other major projects in the works include a colossal observation tower, an underwater hotel and a revolving skyscraper powered by wind turbines.