For this house on the outskirts of Tokyo, Japanese architect Tetsuo Yamaji aimed to create a unique building using mass-produced components (+ slideshow).

Yamaji – who recently set up his own studio after a stint in Kengo Kuma's office – wanted the Saitama property to take advantage of the benefits of prefabrication, but to also cater to the personality of its resident family.

His theory is that most people are in favour of mass-produced housing, but that the majority would still rather have a home that is specifically designed to suit their lifestyles.

"Family structures, household incomes, working styles, hobbies, tastes, weather and climate are all different for different families," the architect told Dezeen. "Most of us want to be special in some way." 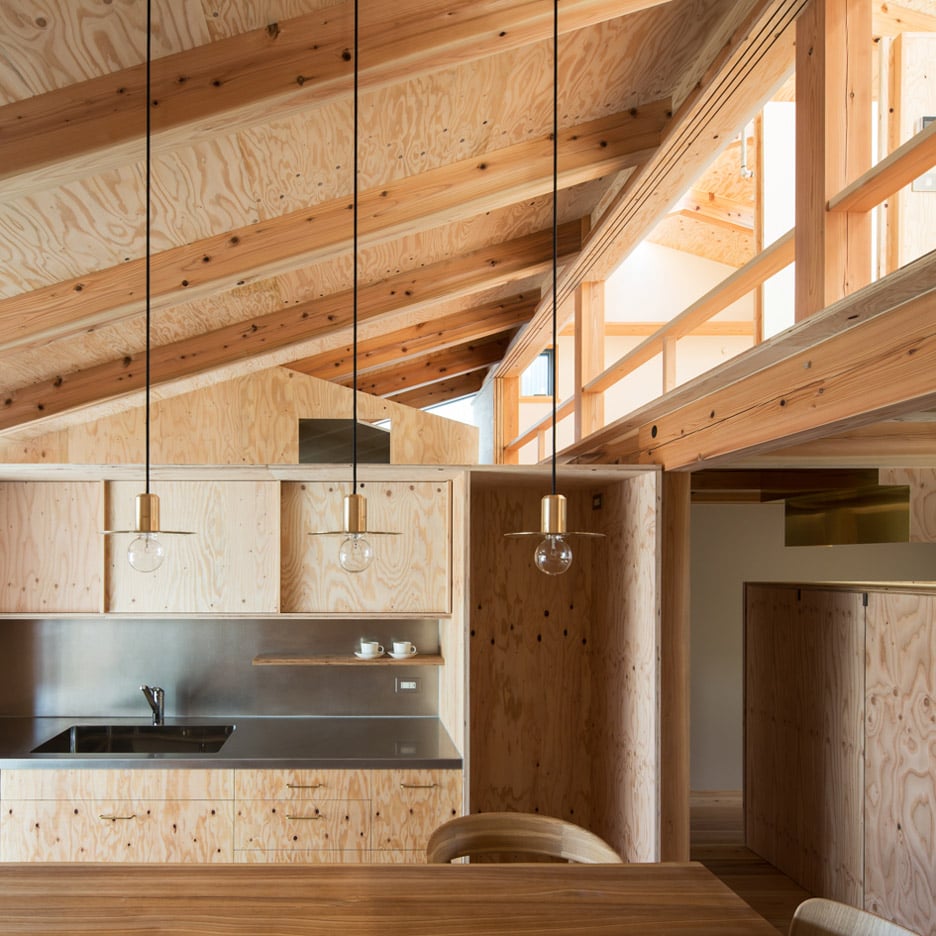 "At the same time, we all want to be like everyone else, and be average," he added. "These thoughts seem conflicting, but it is actually quite natural to feel this way – we all want high quality products, but at a cheap price."

This approach dictated the design of Module Grid House, which Yamaji describes as "a non-mass-produced house made with mass-produced components".

Its size follows the proportions of traditional tatami mats, which have been commonly used as a flooring surface in Japanese houses for centuries.

The dimensions of these mats are dictated by Shakkanho, the Japanese measuring system that was replaced by the metric system in the 1960s.

By designing the house around them, Yamaji was able to reference the country's architectural heritage.

"Shakkanho is still the preferred measuring system in the construction industry, especially when constructing wooden houses," he said.

"By using the measuring system for our expressions – something which comes so natural for Japanese people – we wanted to obtain not only economic efficiency, but also a modular effect when it come to both design and experience."

Inside, the house has a very simple layout. The ground floor contains the bedroom and bathroom areas, while the upper floor contains an open-plan living, dining and kitchen space.

One of the most unique elements is a large gridded window on the east wall, which spans the entire living room.

A door integrated into this wall opens out on a roof terrace, which sits on top of the entrance canopy.

It makes it easy for residents – a young couple with two children – to dine outdoors.

The building's wooden frame is left exposed inside the building, and can also be spotted overhanging the walls on the outside. This is because they weren't cut before being installed.

"The measurements of the house is dependent on the mass-produced components, which makes it very cost efficient," added Yamaji.

Wooden flooring was also installed throughout – residents don't actually have to install the mats if they don't want to.

Other details include white-painted walls, a plywood kitchen and low-hanging light bulbs.

It is uncommon today to find a residence with more than one room covered in tatami mats, in fact most tend to have just one, known as the Japanese-style room. But Yamaji isn't the only architect keen to bring the tradition back into fashion.

Japanese firm Tokmoto Architectures Room recently used the mats to define the proportions of a house in Niigata. Other creative solutions for the rooms include a protruding timber box by Naoko Horibe and a raised floor by Takeru Shoji.