New virtual reality tools will allow architects and designers to create buildings and products intuitively in 3D space around them, according to the director of visualisation studio VRtisan (+ movie).

The technology, which couples VR software created for game designers with hand-held motion controllers, offers designers "a completely new tool," according to Ekke Piirisild of the London studio.

"It's a whole new way of designing," Piirisild told Dezeen. "It allows designers to create more convincing scenes by designing while immersed in them."

VRtisan has created a video demonstrating the design process, which shows an architect using VR game-developer software Unreal Engine in combination with the HTC Vive headset and motion controllers.

The movie shows the designer wearing a VR headset and using the hand-held controllers as an input device for Unreal Engine, allowing him to create walls, doors and furniture around him in 3D space.

He can then tweak the forms and add material finishes while walking around and viewing his creations from all angles. 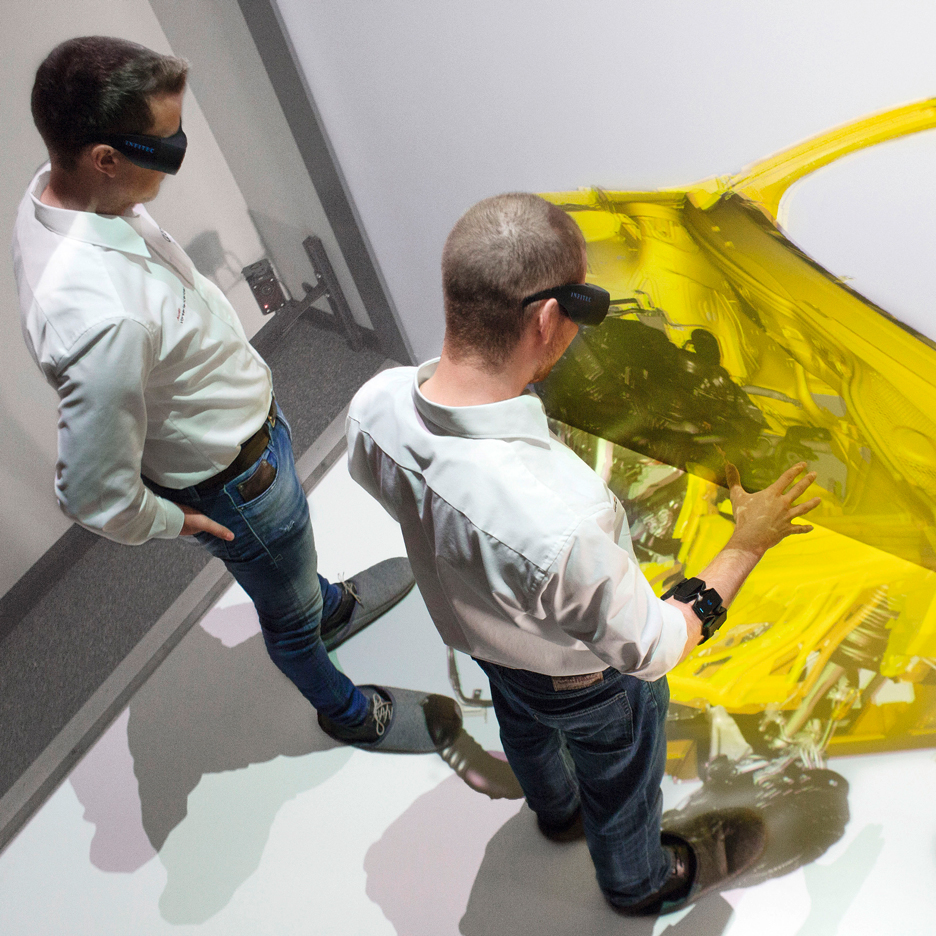 "In the video we try to show that you can rely on your intuitive understanding of space," Piirisild said. "You’re not taking yourself out of the space to design, as you do when you design in 2D. It allows you to immediately see the impact of your decisions regarding form, materials and so on."

He added: "Using their entire body as part of the process, designers can develop both the dimensional and the ergonomic relationships of spaces and elements."

Piirisild said the technique has only been possible since the release of Unreal Engine version 4.12, which came out last month.

Since then, independent developers have created plug-ins for the HTC Vive hardware, allowing the motion controllers to be used as interfaces for the Unreal Engine software.

"This type of functionality is brand new," Piirisild said. "Only the latest version of Unreal Engine has it."

He added that he expected the technology to develop rapidly as more manufacturers released hardware. 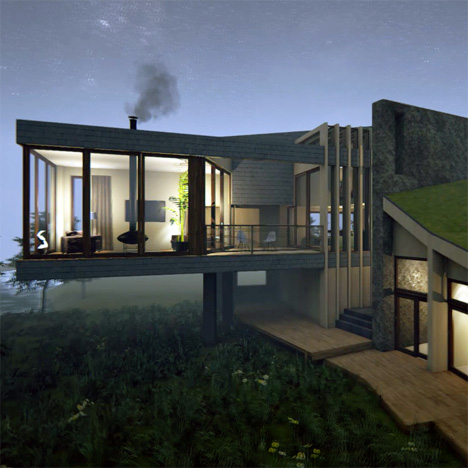 "The tools are developing quite quickly," he said. "It’s already being used by architectural visualisers and I wouldn’t be surprised if some architects are starting to use it. There will be better tools in future."

VRtisan specialises in creating 3D and VR imagery for architectural projects. It created the video to demonstrate the potential of VR as a tool for designers that do not normally work in gaming.

"Designing within virtual reality is the next step in computer aided design, and the ways in which designing in first person from within the space can benefit the design process are numerous," the studio said in a statement issued with the movie.

"We wanted to make this video to show that there are already virtual reality tools out there that make it possible to approach the design in a completely new way and fundamentally rethink how we create spaces and places," it added. "Virtual reality allows architects and designers to step directly into the project and intuitively build spaces around them in real world scale."

Virtual Reality is already used by architects to check their designs and walk clients through their projects, but recent developments indicate that it could also represent a new way of designing 3D forms.

Last year, visualisation artist Olivier Demangel of IVR Nation said that VR would become "more powerful than cocaine" predicted that the technology would allow architects to "change the world around you like a God".

In 2014, the student team behind the Gravity Sketch 3D drawing pad predicted that designers would soon be able to walk through 3D models of their designs and edit them on the go.

Now these predictions appear to be coming true. Earlier this month Google launched the Tilt Brush app for virtual reality sketching, allowing designers to walk through their sketches in 3D as they draw them.

"Virtual reality is something that people have to try out first hand to understand the potential that this technology has to offer," Piirisild said. "We are yet to see a person who has experienced virtual reality and emerged unconvinced."