Milan 2016: in our final movie from Nike's The Nature of Motion show, designer Bertjan Pot explains how he created a series of "resting pods" by weaving basket-like structures around inner tubes from different vehicles.

Nike's The Nature of Motion exhibition in Milan presented installations by an array of international designers exploring the concept of movement.

Pot took the wheel as the starting point for his installation, creating a series of seats from the inner tubes of different vehicles.

"I covered the inner tubes of wheelbarrows, cars and trucks with laces and ropes to make resting pods," explains the Rotterdam-based designer in the movie, which Dezeen filmed in Milan for Nike. 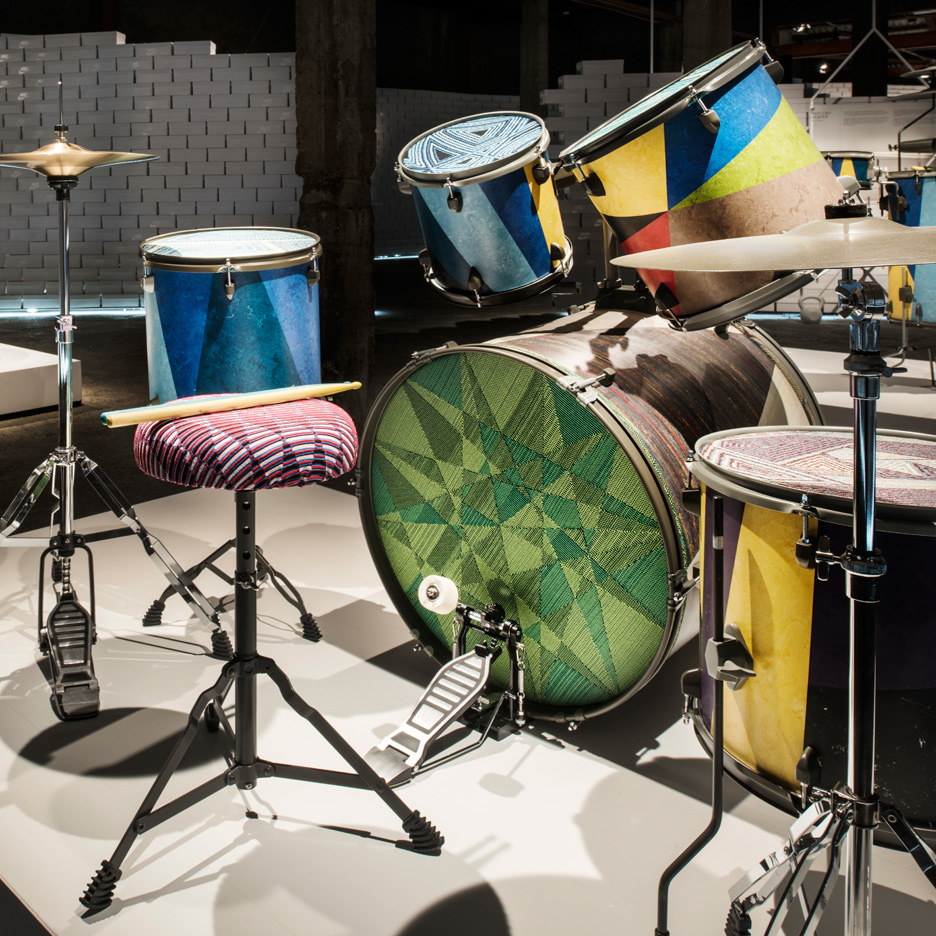 "At the Salone del Mobile people have to walk all over Milan, so I thought it would be nice to make a piece where you can rest."

Rather than sewing several textile panels together, Pot was inspired by Nike's Flyknit technology – which the brand uses to knit uppers for sports shoes in one piece like a sock – to cover the inner tubes with a single piece of woven textile.

"The nice thing about Flyknit is that you take a few yarns and make a really intelligent piece of textile that has just one seam that fulfils all the different needs of the shoe," Pot explains.

"Instead of covering inner tubes in textile that I have sewn together, I used the idea of Flyknit to make weaves by weaving laces from Nike and pieces of rope together into baskets."

Pot used a regular flat weave to wrap around the doughnut form of each inner tube and then created a seat by weaving a triaxial structure – commonly used in basketmaking – over the central void.

"The triaxial weave is very rigid and flows out of a normal weave, which is very simple to make," he explains.

This movie was filmed by Dezeen in Milan for Nike. It is the fifth in a series of videos looking at the work presented in The Nature of Motion exhibition.

In the first movie in the series, Nike's vice president of global design, John Hoke, introduces the show and explains why putting on an exhibition during Milan design week is important for the sportswear giant.