The Juicero machine is described as "farm-to-glass", and relies on a similar system to Nespresso coffee machines – using sachets of ready-prepared produce rather than the user's own fruit and vegetables.

The packets of washed and chopped ingredients are loaded into the front of the juicer, which features a door made from aircraft-grade aluminium and a rubber-lined storage space.

A central button is pushed to activate the machine's press, which exerts pressure equivalent to more than 3,600 kilograms to create a nutrient-rich juice.

"Juicero is the first company to make cold-pressed juice something that people can make themselves at home," Behar told Dezeen. "The challenges to design and engineer a press that can deliver 8,000 pounds of force are tremendous."

"The goal was to balance the organic with the mechanical, with the exterior aluminium door showing both its quality and structural integrity," said the designer, who has been working with Juicero for the last two years to develop the machine.

"A simple white finish complements any kitchen environment, with a pop of colour from the silicon inner lining representing the natural fresh juice subtly visible from the outside," he added.

The machine will only operate when connected to a Wi-Fi network, which it uses to scan a QR code on each packet and check online if the contents are within expiration dates. If they aren't, it will refuse to press them. 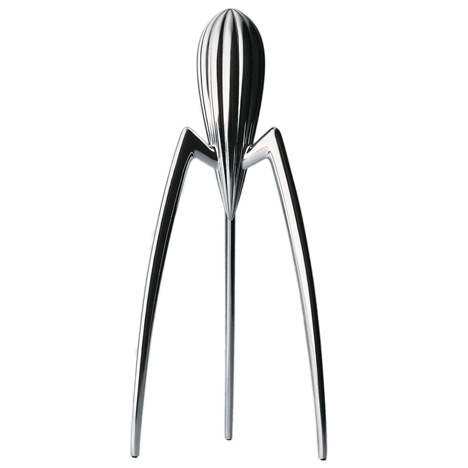 The product was officially launched in March 2016, but Behar's involvement was only recently announced.

"It's a complex business and the Juicero team wanted to present the health, farming and food story first, and create a separate conversation around the design and engineering," said the designer.

Behar's San Francisco studio Fuseproject, which he founded in 1999, has partnered with several brands, designing a set top box for French TV network Canal+ and a thermostat for British Gas.

Juicero's accompanying mobile app shows health benefits of each juice and lets owners track inventory and order new packets, which cost between $6 (£4) and $10 (£7) each.

The sachets are recyclable, and according to Behar can also be returned to the company, aiming to avoid the sustainability criticisms that Nespresso has faced over its single-use coffee pods.

According to the designer, Juicero uses "ugly" organic fruit and vegetables from local Californian farms that have been rejected by stores for their appearance.

"Just as the shift from the mainframe computer to desktop PCs transformed the computing industry, Juicero will exponentially expand the cold-press juicing industry by taking the power of commercial grade cold-press machines and putting it in a device that can fit on your kitchen countertop," said the company's founder Doug Evans.

The juicer is priced $699 (£485), and starts shipping to consumers in California this summer. The company plans to make Juicero available to further areas as it partners with more farms and facilities.