Movie: in our final exclusive video interview with Alberto Alessi, the president of the Italian design brand recalls the controversy surrounding Philippe Starck's stylish but impractical lemon squeezer, saying he considers it to be "a big joke".

Starck's Juicy Salif citrus squeezer for Alessi caused controversy in the 1990s when it was first produced because it looked beautiful but was not at all practical for squeezing fruit.

Alessi says that the project was deliberately poking fun at the idea that form should follow function. 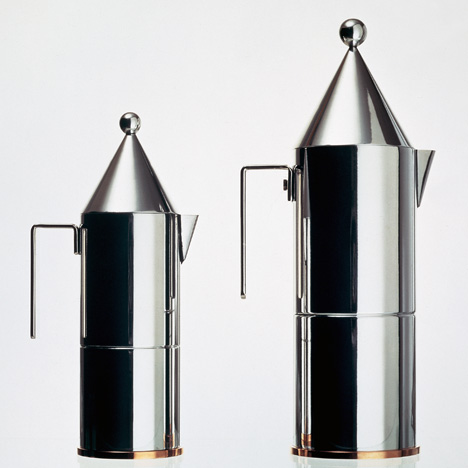 "I am very happy with this project because I consider it a big joke to everybody," he says. "It is the most controversial squeezer of the century I must say, but one of the most amusing projects I have done in my career."

The distinctive elongated form of the lemon squeezer is based on the shape of a squid, which came came to Starck while he was squeezing lemon juice over calamari in an Italian restaurant.

"I received a letter [from Starck]," Alessi recounts. "In the letter was a paper mat that you use in Italian pizzerias. He went into a pizzeria and started eating calamari. Then he had an intuition and started drawing. The final drawing was very similar to this squeezer."

He continues: "When he sent me this mat, I jumped on my chair. It was one of the few cases when I had the immediate perception that it was a great project. Usually I am very slow in understanding, but not in this case."

Although the product is meant to be fun, Alessi says it has been analysed extensively.

"There is a very complex theoretical explanation for the project," he says. "The explanation has to do with what semiologists call the 'decorative veil'. The decorative veil is the space that always exists between the function and the design of an object. There is never a complete overlap. In this case, Philippe exploded that little space."

This is the last in a series of five movies with Alberto Alessi, in which he discusses some of the Italian brand's most iconic products.