Gonçalves and his studio at the Science and Technology Park of University of Porto designed the Gomos System to offer a solution to the housing crisis in Portugal.

The concrete modules match the shapes and dimensions of standard concrete sewer pipes, meaning they can be produced by simply modifying existing production lines.

Gonçalves has installed three concrete modules on the waterfront at the Arsenale – one of the two main venues at the Venice Biennale. He believes they provide an efficient model for prefabricated housing.

"In structural matters as well as constructive ones, Gomos System is identical to reinforced concrete water pipes."

Unlike the labour-intensive building model presented by Golden Lion-winner Solano Benítez and his studio Gabinete de Arquitectura at the Biennale, Gonçalves' concept is based on rapid deployment. 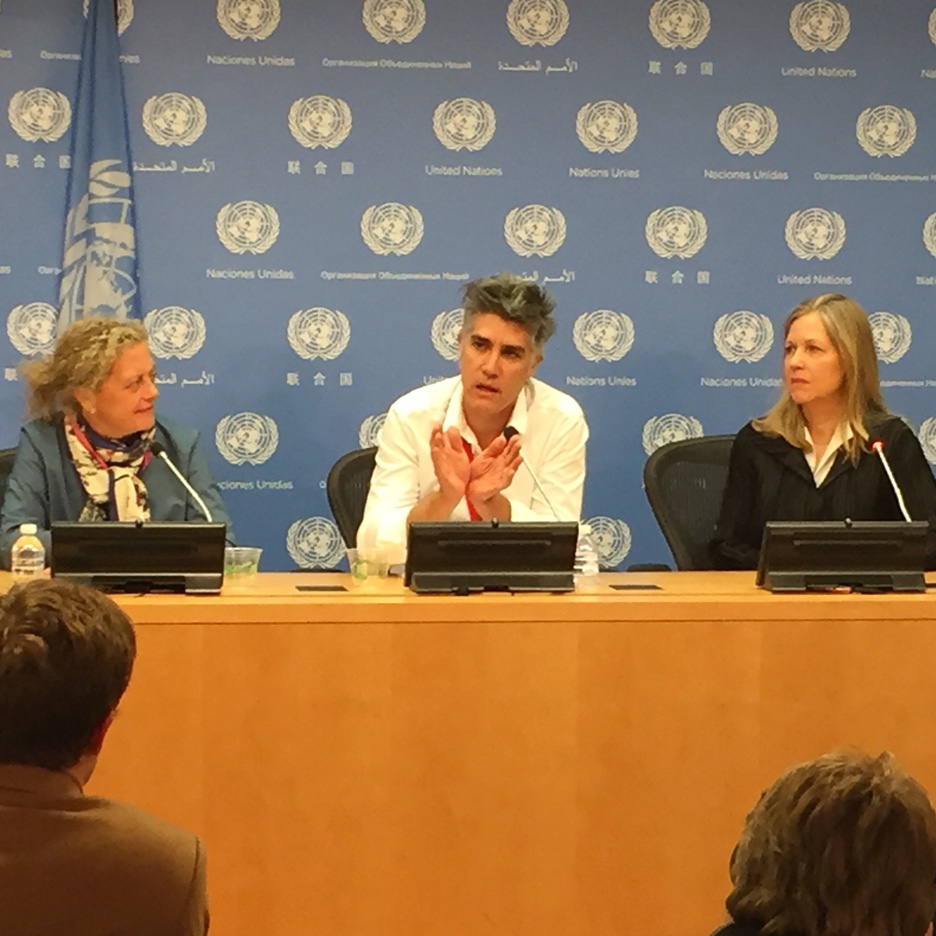 The segmented form is designed to be assembled in a factory over the course of three months and assembled on site in just three days.

A video showing the concept for the modular housing model

Two screens installed within the concrete forms at the Arsenale show videos produced by the studio Building Pictures to show the prefabrication process from factory fit-out to finished product, which is clad in timber and slate.

Like the incremental social housing model developed by Biennale director Alejandro Aravena with his architectural "do tank" Elemental, the modular design is intended to offer more flexibility in scale and form than fully prefabricated housing units.

The segments can be used to create either mono-pitched or gabled forms. After use, the houses can be broken back down into modules and transported to a new site on the back of a lorry.

"There is no alternative to getting the fundamentals right, defining an open system, and allowing the different agent to complete frames over time," wrote Biennale director Alejandro Aravena in his citation about Gonçalves' work.

"Incremental design not only redefines the notion and role of prefabrication; it also integrates the efficient and the inefficient necessity of the approaches."

The Venice Architecture Biennale 2016 is hosted across two main venues – the Arsenale and the Giardini. Samuel Gonçalves' installation is located at the far end of the Arsenale, next to a drone port designed by Norman Foster.

Biennale director Chilean architect Alejandro Aravena chose Reporting From The Front as the theme for this year's exhibition to encourage architects to hone in on some of the most important global issues.