Photo essay: these images by Polish photographer Alicja Dobrucka depict houses disguised as tents in a village in the West Bank (+ slideshow).

Having been demolished and rebuilt several times, the Israeli-occupied village of Susya has become a symbol of resistance in the Palestinian territories. As a form of self preservation, most of its buildings are designed to look temporary, despite being built from brick and concrete.

Following a tour of the surrounding region, Dobrucka chose to photograph these houses, to offer an insight into what it is like to inhabit a "contested and damaged landscape".

In this essay written exclusively for Dezeen, she explains how her journey led her to the village, and why photographing it was so important.

I visited the West Bank at the end of 2012 to participate in the workshop organised by the Al-Mahatta gallery in Ramallah.

Three days after arriving I learnt that the workshop had to be delayed, as Israel hadn't issued visas to the other participating artists, the majority of whom were from Egypt and Jordan. Only myself and Norwegian artist Torgrim Mellum Stene had arrived.

But a few days later Israel attacked Palestine, and we knew then that no other artists would come.

Ramallah is normally a lively place with quite a few restaurants and bars, but it became very quiet. Everyone was chained to their TV sets, and trying to get in contact with their friends and families in Gaza.

Torgrim was asked to do a storytelling tour around the West Bank and I decided to join him. We went to a few schools to tell stories to the children, starting with Bethlehem, where we drove with an academic called Sharif Kanaana. 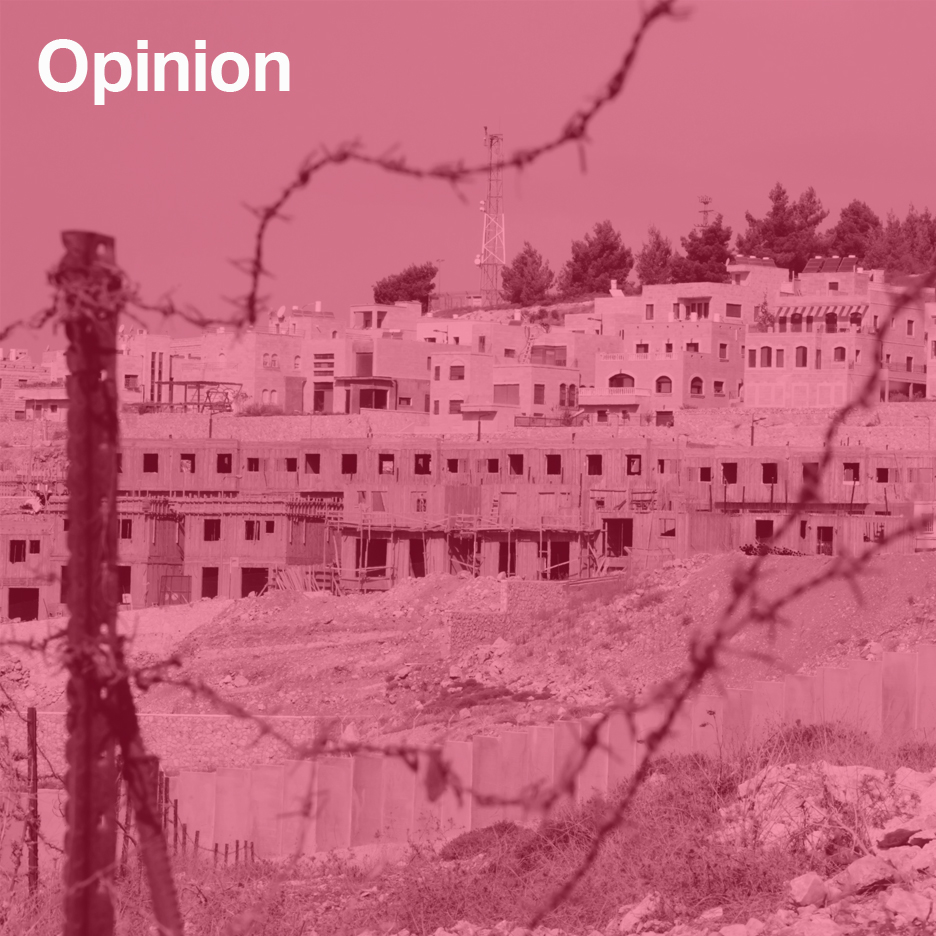 At one point we drove between two water towers. Sharif told us that tower on the right was refilled every day, while the other one was only filled two days a week, and that the only difference between them was that the first tower was for Israeli Jews and the other for Israeli Arabs. "That is the ultimate form of racism," he said. It was the only thing he ever said about the conflict.

We found that cities such as Ramallah or Nablus were generally safe, so much so that you couldn't even tell that anything was going on. But the riots were happening at checkpoints like in Bethlehem and Hebron.

The situation in Hebron felt particularly heated, as the settlement was inside the city. Settlers lived upstairs and the Palestinians lived downstairs, divided by a grill above the streets.

We saw the settlers throwing waste and rocks down onto people walking below. And when I went in search of a toilet, I found my way blocked by a bunch of children trying to blow up a bottle filled with explosives by throwing stones at it.

As the day progressed, the children become more aggressive. There was a tyre burning, and at some point the stones started flying. We saw soldiers running out of the settlement shooting tear gas. We hid on a side street, but the air was thick with tear gas, and stones kept bouncing off the walls and hitting us.

It felt like this was a daily occurrence, children causing a bit of havoc after school and the army dispersing them at dusk.

The village had been razed by Israel four times

After the situation calmed down, we headed south to Yatta, where we were staying the night. We were shown around by a local, Abo Lael, who worked for EAPPI – an organisation monitoring the situation in the West Bank.

Abo was not allowed to influence what was taking place in any way, just to take photographs and write reports. But he was still very involved with the community, helping people with their daily struggles, all of which are rather serious.

He showed us a village called Susya, which he was very attached to. The village was classified within Area C, meaning it was under Israeli military occupation and control. It had been razed by Israel four times, in 1991, 1997 and twice in 2001.

It was a village famous for encouraging all surrounding villages in the area to stay in place, Abo told us.

My photographic series, Houses (31°23′30.67″N 35°6′44.45″E), documents the dwellings in this village. These houses were made of bricks or concrete, but were made to look like tents in order to appear ephemeral and in flux.

In the occupied Palestinian territories, architecture is a symbol of resistance. These areas are disrupted by the constant construction of new settlements, even though land is already too scarce to live on.

Palestine has been continuously documented throughout the history of photography. In 1849, Maxime du Camp was one of the first to make a systematic photographic survey of monuments, ruins and landscapes in the Middle East, including Palestine.

Today the political question over the representation of this territory is more acute than ever, and photography brings a crucial awareness of what it is like to inhabit a contested and damaged landscape.

When the painter Delacroix visited North Africa in 1832, he saw Greek and Roman Antiquity in the folds and drapery of the garments of indigenous people. For me, taking photographs of Susya is akin to taking a portrait. The houses are covered with tarpaulin to be concealed from view, but their appearance recalls Classical drapery. Their contemporary folds have migrated from Classical art to the present day. Acting as camouflage in a zone of conflict, this contemporary form of drapery acquires an unexpected political and subversive meaning.

The sky is blacked out to emphasise the ingenuity in these vernacular dwellings. Disguising them as as temporary tents conceals their permanence. The safe zone ends for the residents where the house ends.

For me, this study of the houses is in dialogue with the landscapes of my journey, offering a representation of the sprit of the Palestinian community.