The designer worked with the Netherlands Aerospace Centre (NLR) and its automated fibre placement robot in the creation of the furniture.

The machine usually creates parts for aircraft and spacecraft, and lays several separate strips of carbon fibre in different directions.

The robot can adapt each strand as required for specific products, meaning there's less waste.

Kaptein, who also runs design agency Kaptein Roodnat, started out with a dragonfly wing-shaped section, using it to determine the curves and maximum thickness of the final chair.

The chair features a grid-patterned seat and back, supported by a framework of compressed recycled carbon.

Kaptein hopes to make further chairs that will create a continuous pattern when placed side-by-side. 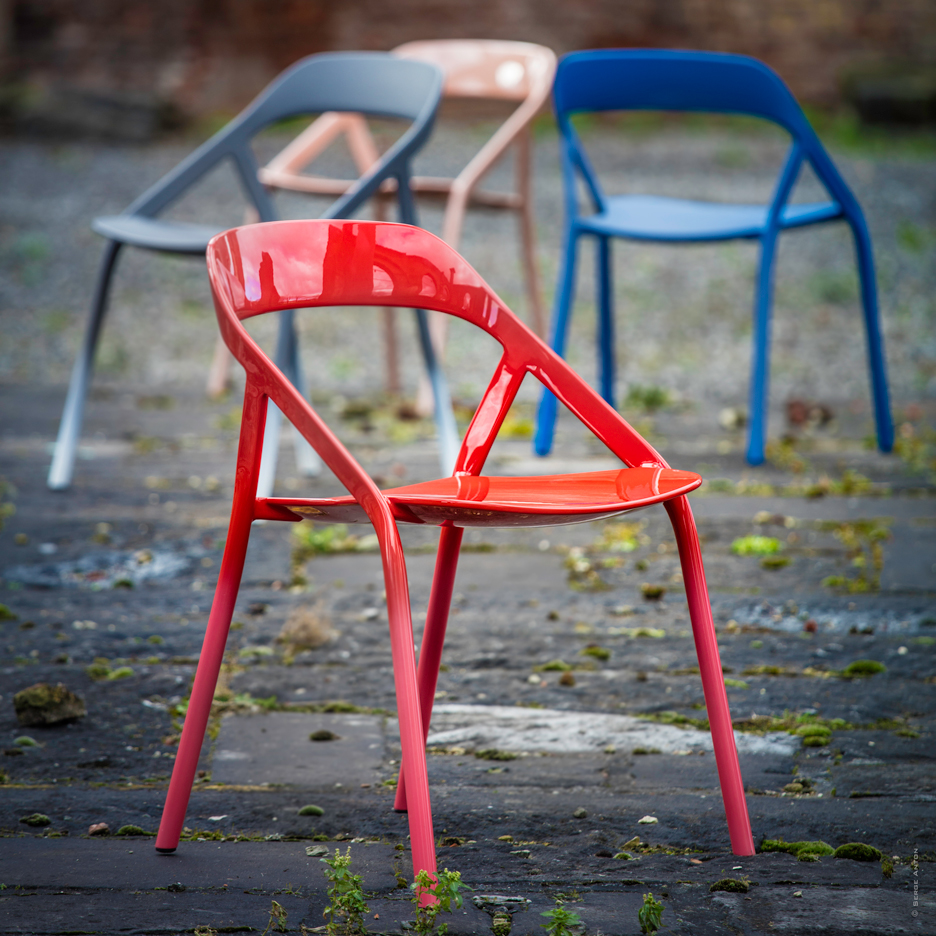 "Label/Breed is a design label that links designers and manufacturers," Kaptein told Dezeen. "They asked me to participate and made the connection with NLR."

"Their idea is that you come to stronger products if you are already involved from the start in the production techniques together with the manufacturer, and not afterwards, when you walk into a factory with a great idea."

Carbon fibre has been hailed as an untapped resource, with architect and researcher Achim Menge claiming robots could be programmed to use the fibrous material to build stadium roofs.

"We're not just looking at a gradual evolution of how things are made," he told Dezeen. "It's a pretty dramatic shift, a kind of fourth industrial revolution."

Kaptein also used the material to create a lamp, which features shades made from small panels similarly constructed from ribbons of wrapped fibre.