The results feature a version of the building turned inside out and a structure made out of curled wood, as well as a maze of modular wireframes and a secluded courtyard designed to reflect sunlight.

The Summer Houses accompany the Bjarke Ingels-designed Serpentine Gallery Pavilion – an "unzipped wall" of hollow fibreglass bricks, which was also revealed for the first time this morning.

Nigerian architect Kunlé Adeyemi designed his Summer House by distorting the form of the temple, creating what he describes as an inversion. It shares the same proportions but is much more simple in its shape.

"We were fascinated by the form and the proportions of the temple, and basically looked at it and played around with it," he told Dezeen. 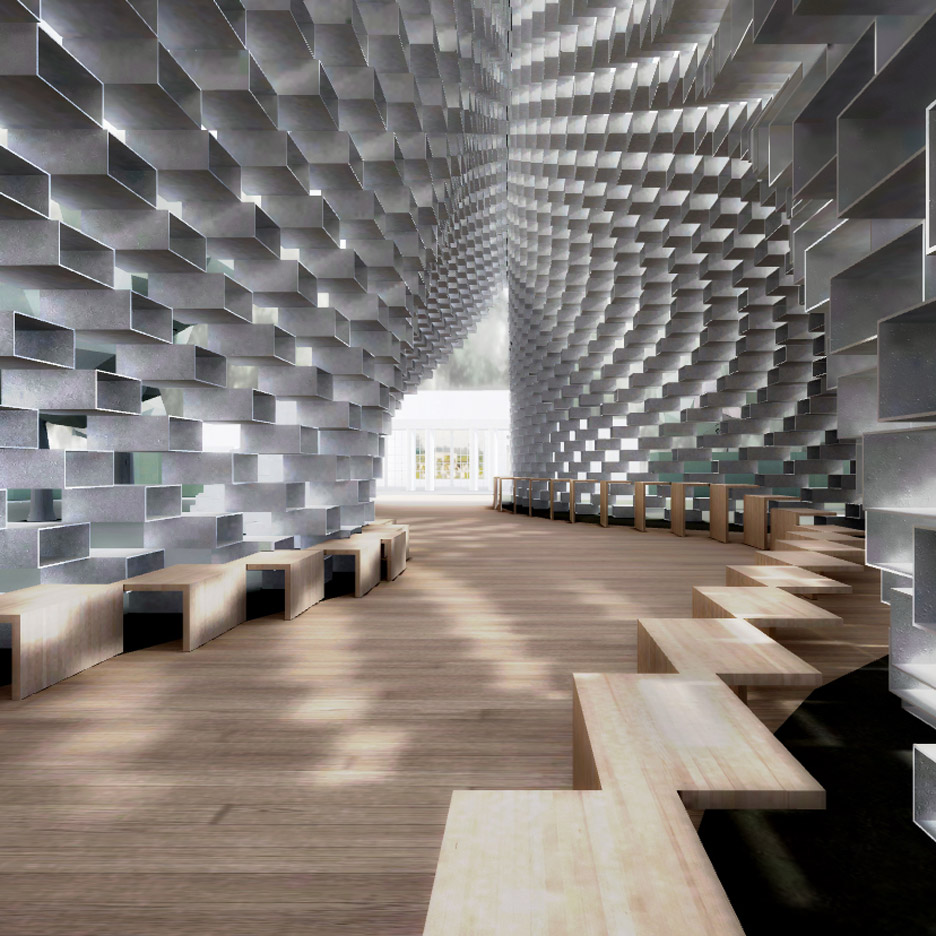 "So we've created a playful, contemporary interpretation of this building, exposing its interior void to create three spatial conditions – a room, a doorway and a window."

The NLÉ founder – who was recently awarded the Silver Lion for promising young architect at the Venice Biennale – chose to clad the building in sandstone on the outside but to create a "soft leather finish" on the inside.

"Through form, massing and materials, we've created a place of shade and relaxation," he added.

Paying tribute to another William Kent structure that once stood on a nearby manmade hill, and which rotated mechanically, Berlin-based Barkow Leibinger has created a curving timber Summer House that offers a different perspective from every angle. 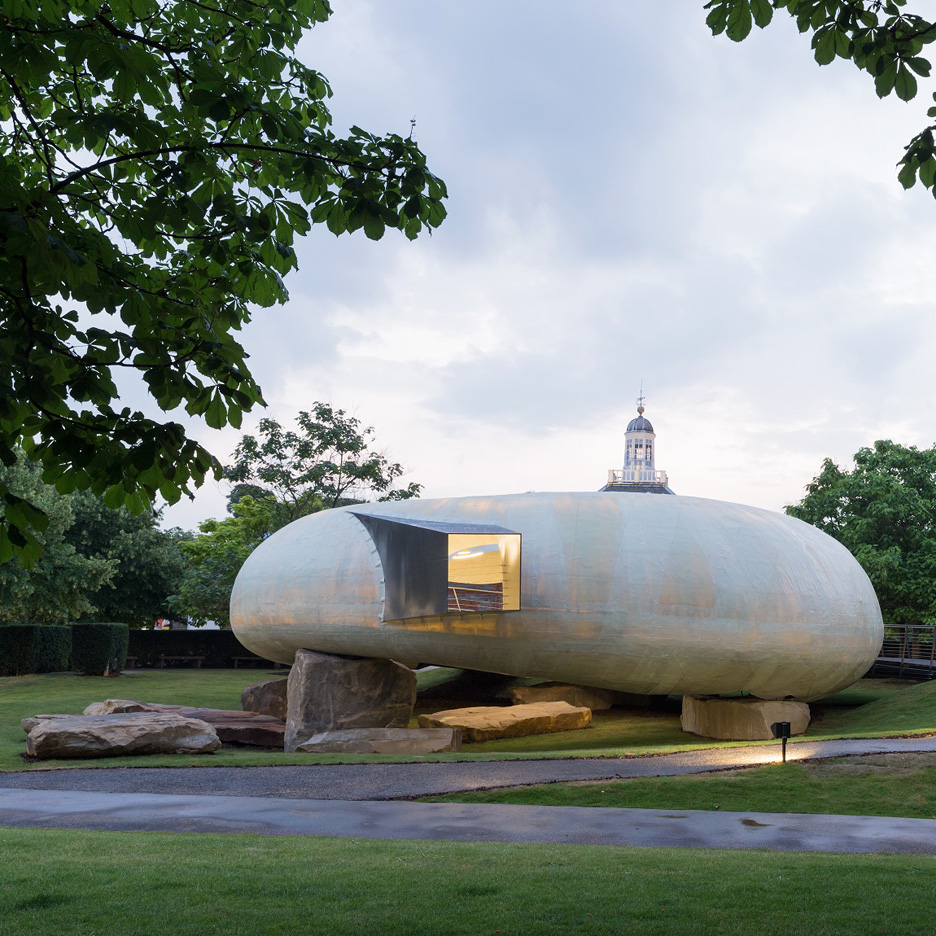 Frank Barkow and Regine Leibinger often experiment with materials and technologies in their work – with examples including a shape-shifting wall, an undulating cotton canopy and an angular pavilion – so this project was treated as a test for something larger.

"Our work is very consistent with this idea of research, so we very much see this a prototype," Barkow told Dezeen in an exclusive interview.

"We started with paper models, and it was really about looping as a way of doing something, a way of making something that could have a structural and spatial idea," he continued.

"Right now it's at a scale between furniture and a very small building, but it's something we could expand upon."

London-based architect Asif Khan – whose past projects include a pavilion that can be played like a musical instrument and a "Mount Rushmore of the digital age" – designed his Summer House to frame a vista.

After discovering that Queen Caroline's Temple was orientated to catch the light on its namesake's birthday, he planned a structure that would create a line from the old summer house to the rising sun.

At its centre, two aluminium discs reflect sunlight around the space.

"In my pavilion, these two pieces of polished aluminium recall that lost reflection of light into the space and connect the vista with the past and present," explained Khan.

The structure is framed by 100 wooden staves, designed to look like they're growing up from the ground.

Hungarian-born French architect Yona Friedman based the final Summer House on his own La Ville Spatiale project, which he has been working on since the 1950s.

It comprises a grid of modular wireframes – a fragment of a structure that could be used to construct much larger buildings. Friedman suggests that, through the use of mobile and modular architecture, cities can grow without needing lots of land, and residents can create homes tailored to their specific needs.

The Serpentine Gallery Summer Houses are open to the public from 10 June to 9 October 2016. All four structures are located close to the main pavilion, which occupies the lawn in front of the gallery.

Dezeen recently looked back at each of the Serpentine Gallery's pavilions from 2000 to 2015 in a series of interviews with gallery co-director Julia Peyton-Jones.