Competition: Dezeen has teamed up with New London Architecture to give readers the chance to win one of five pairs of tickets to a lecture delivered by architecture collective Assemble later this month.

The event also serves as the keynote lecture for the London Festival of Architecture – a celebration of architectural experimentation, thinking and practice, which runs from 1 to 30 June 2016.

The lecture will be hosted by Paloma Strelitz and James Binning from Assemble, a collective of 18 young architects and designers who won the prestigious Turner Prize for art in 2015.

The pair will discuss their team's work, including past projects like Yardhouse – a collaborative workplace building designed for artists and designers in east London –  as well future projects. 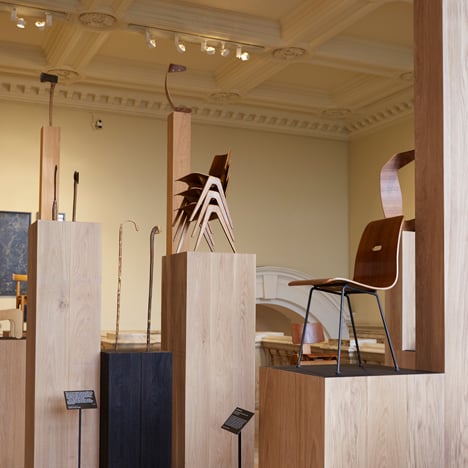 Assemble was founded in 2010, when the group constructed a temporary cinema at an abandoned petrol station in London's Clerkenwell. The recent graduates cemented their reputation a year later with another temporary screening space, this time beside a canal under a motorway flyover.

Assemble won the Turner Prize for the Granby Four Streets project in Liverpool – the first architecture or design studio to receive the art award.

New London Architecture (NLA) is an independent forum for discussion, debate and information about architecture, planning, development and construction in the capital. It delivers a programme of events, research and exhibitions that examine issues affecting London's built environment.

Five winners will each receive a pair of tickets to the talk. Winners must be able to attend the event in London, and provide their own transport and accommodation. To enter the competition, just fill out the form below.