London Festival of Architecture 2016: architecture studio pH+ has created a pavilion in Greenwich that can be played like a giant musical instrument (+ slideshow).

Built in Peninsula Square for this year's edition of the London Festival of Architecture, the pavilion features walls covered in copper pipes, allowing the building to function as a huge xylophone.

London-based pH+ created the temporary structure for the London Centre for Children with Cerebral Palsy (LCCCP), to showcase some of the features it will include in an extension to the organisation's only school building.

The school teaches children suffering from motor disorders how to develop and apply physical skills, so the architects have been exploring ways to integrate sound, smell, movement and reflection into architecture.

The xylophone-like surfaces frame a pathway that forms the pavilion's perimeter. Children are invited to pick up small mallets at the entrance, allowing them to make music by striking the walls.

The copper pipes are mounted onto wooden slats, forming a wave-like shape.

Named The Milkshake Tree, following a request from one of the children at the school, the pavilion also includes a series of garden-inspired additions at its centre. 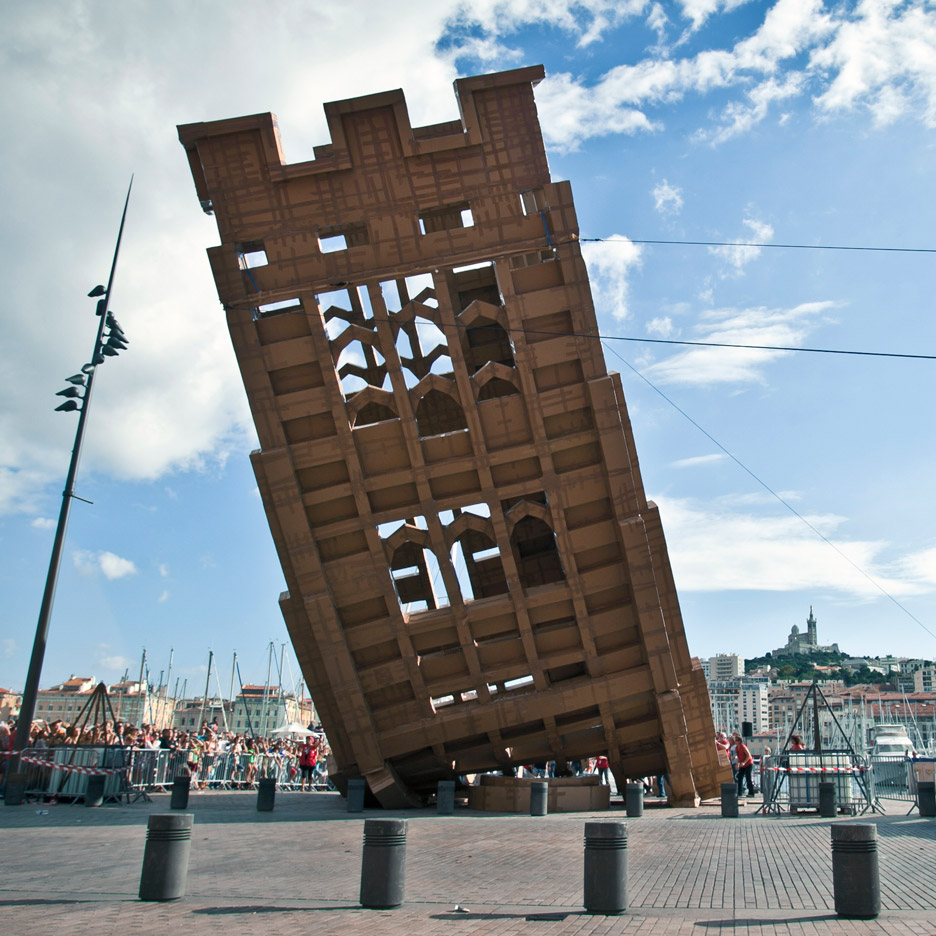 Dezeen's top 10 picks for the London Festival of Architecture 2016

These include a 12-metre-wide golden cube punctured with leaf-shaped openings, an Amelanchier tree, and a concealed glass prism that creates a kaleidoscope of rainbow colours and light.

When the festival ends at the end of June 2016, the building will be relocated to the playground of the LCCCP's new school building in north London, where construction is expected to start imminently.

"We hope the installation will give visitors a great taster of the innovative features we plan to include in our new centre and school," said school director Jo Honigmann.

The London Festival of Architecture runs throughout June. Dezeen's top ten picks for the festival include buildings constructed from cardboard boxes and an exhibition about post-war housing.