Graduate shows 2016: these simple, wooden blocks designed by Royal College of Art graduate Václav Mlynář's contain a door to a hidden world that can only be unlocked by an iPad (+ movie).

A student of the MA Design Products course, Mlynář designed the Koski game as a way for children to combine physical and digital play.

Kids connect the building blocks in real life to create a structure that a virtual character can run through, climb over or jump off.

The blocks are captured on screen by way of the iPad's camera, while the accompanying app, using object recognition technology, augments the structure with additional details, like trees, ladders and waterfalls.

To alter the path of the game's spindly limbed blue protagonist, the players must alter the blocks in front of them rather than touching the screen. 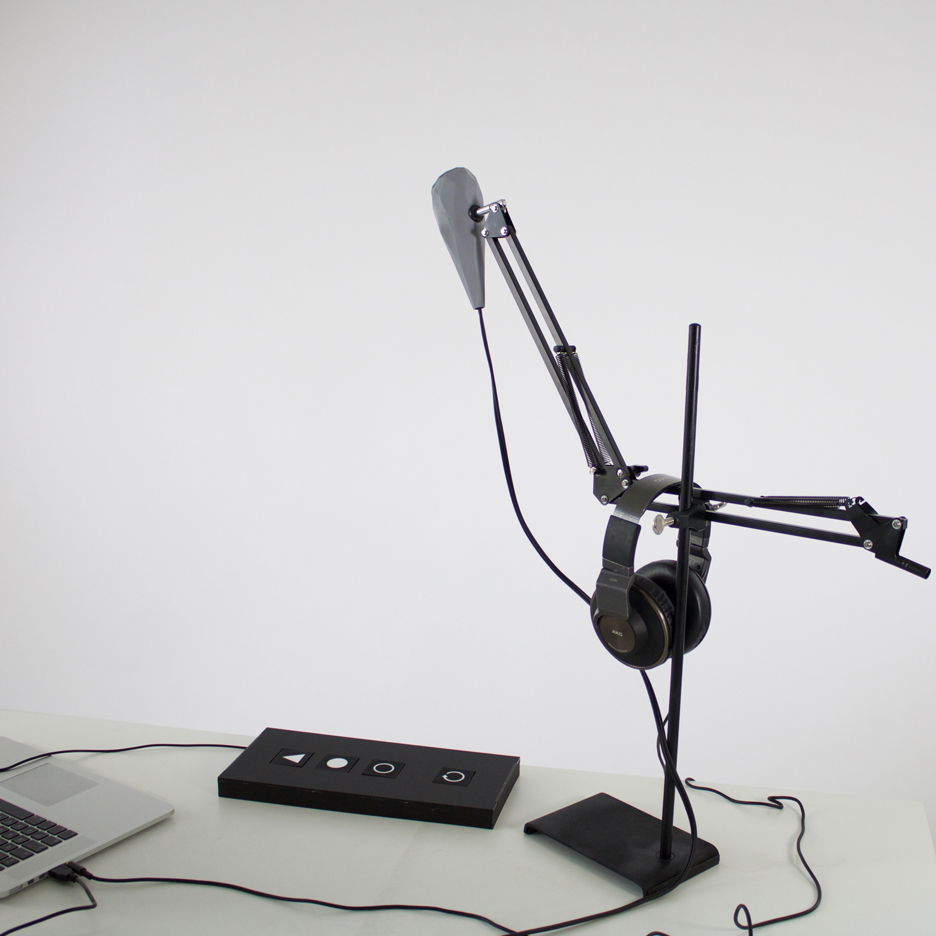 They can also alter the game by adding tokens of various colours – each representing different objects, features and behaviours – to the board.

Through this mechanism, they can lead their character to complete quests, solve problems, resolve mazes and build complex worlds.

Mlynář joins the ranks of game developers like Sensible Object, which is also combining physical and digital technology in its output.

Mlynář designed Koski as one game initially, but he sees the potential for the technology to be expanded into a platform for multiple games with different rules and environments.

His wooden blocks look simple but feature sphere magnets in their joints, which means they will always roll into place to connect to another block, and never repel it.

As a result of being magnetised, the blocks can be connected at height and form a relatively stable structure.

Koski was on display at the ShowRCA 2016 exhibition, held at the Royal College of Art's Kensington campus from 26 June to 3 July 2016.

Dezeen was media partner for the event, which also showcased wearable sex toys, a tool to transform the human voice into instruments and a set of "cute" kitchen appliances.