Graduate shows 2016: a toaster that sneezes out bread crumbs and a vacuum cleaner that poos when it's full are among a range of "cute" products created by Royal College of Art graduate Hyerim Shin (+ movie).

The MA Design Products student explored the concept of kawaii – a Japanese term denoting cuteness – in her final project, producing three home appliances programmed to act in ways that might be considered cute.

This means that when her Roomba-style robotic vacuum cleaner becomes full, it wiggles its "bottom" and "poos". The poo is actually a soft grey dust receptacle, which is deposited on the floor and left for the owner to pick up.

The toaster, meanwhile, will make wheezing noises when its tray gathers too many toast crumbs. As its owner pulls back the lever to eject the crumbs into the bin, the toaster emits an audible sneeze.

The final product is a rubbish bin that mimics the behaviour of a child who thinks that by covering their eyes, no one can see them. When its liner needs changing, it will skittle to the side and turn around, "hiding" from its owner.

All of the products are made of rounded plastic and finished in a colour palette of duck egg blue, soft pink and mint green.

However, Shin's project explores a more complicated idea of cuteness than what we would usually associate with the term.

"Cuteness works in the imbalance of power," the designer told Dezeen. "So when somebody thinks something is smaller and weaker than themselves, that's when they feel the experience of kawaii, or cuteness."

A typical example of something that is cute in its weakness is a baby, which is why Shin's three appliances are collectively named Be My Mother. 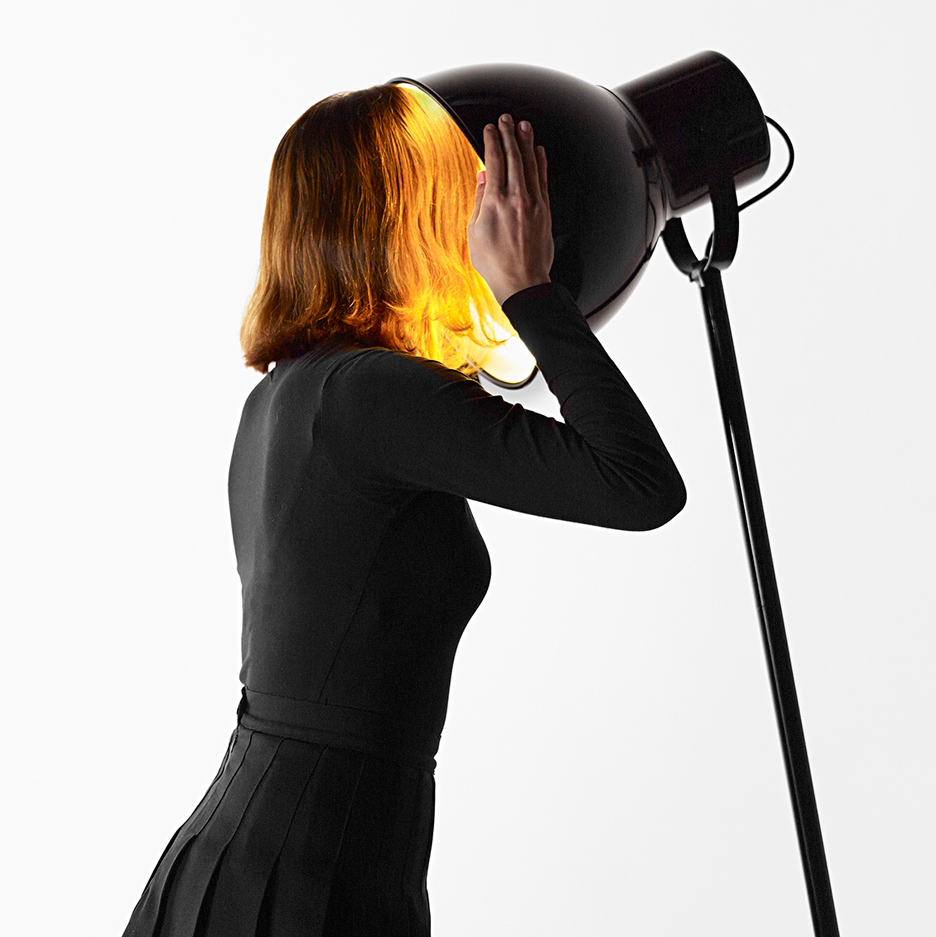 She chose their idiosyncrasies by matching a problem that particular appliance might experience – like being full – with the equivalent action a baby would use to express its situation.

As well as exploring aesthetics and psychology, the project looks at how consumer behaviour might be changed through the use of "soft power" that makes them think about their products differently.

"I gave these boring items a kind of playfulness so people would maintain their products and potentially keep them longer," said Shin.

As part of her Kawaii project, she also created a provocative concept design for a Cuteness Tool for Dachshunds, which looks like an elongated back brace for the miniature dogs.

The device calls attention to some of the negative aspects of the designer dog industry, in which certain breeds suffer discomfort and illness caused by the very characteristics dog buyers consider most "cute".

Dachshunds are known to have a high rate of back problems related to their long torsos.

The projects are on show as part of the ShowRCA 2016 graduate exhibition. Dezeen is media partner for the event, which is taking place at the school's Kensington campus from 26 June to 3 July.

Among last year's graduates, Ted Wiles also explored the potential of interactive homeware design. His creations included a toaster that needs hugging and an alarm clock that buzzes until raised above the head in victory.