Lucy McRae's short film The Institute of Isolation is a fictional examination of the ways travellers to outer space could use architecture and design to train their bodies for the challenge (+ movie).

McRae, a previous Dezeen collaborator, partnered with several designers to create a collection of speculative props for the film, including a microgravity trainer that would help prepare the body for life in space.

In the device, humans would be able to run specific fitness programmes designed to help the body adapt to new scenarios.

A pair of chunky trainers created by former Dior designer Mats Rombaut also features in the film, alongside a spacesuit made by McRae in partnership with a National Opera costume designer.

The garment is purposefully "clunky and not skin-like", to emphasise the buffer that would be provided to humans in space by protective outwear such as armour or exoskeletons.

"It's a continuation from my curiosity into space travel and human evolution," said McRae, who practised isolating herself on a daily basis while filming. "How do we survive when we exit Earth?" 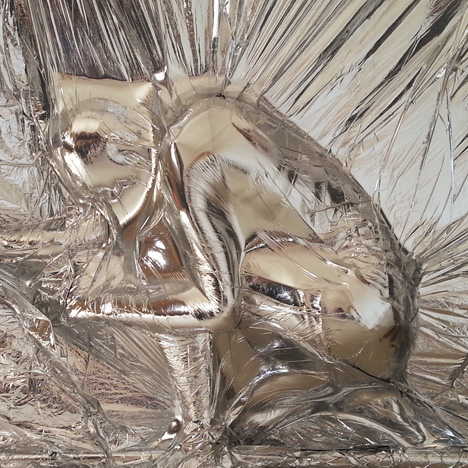 "Could we design isolation?" she continued. "Could isolation be treated like a building or a vaccine, and we create it from the point of view of an architect or physician?"

"In designing isolation, could we augment the self beyond genetic traits, and change resilience of the brain and its patterns to become more adaptive and buoyant in the face of unknown change or extreme experience?"

The self-described science-fiction artist also visited an anechoic chamber – a room designed to absorb sound – and a surgical clinic in Graz.

McRae selected locations as a fictional space to test the different ways "extreme experiences", like long periods of being alone, would alter humans.

"I was looking for places that were isolated – whether the perimeter or the building, or the rooms," she said. "I was looking at different scales of whether a room could isolate the body, so it was an enquiry into interiors, architecture and cities in terms of isolating oneself.

The artist previously partnered with Dezeen as part of its Mini Frontiers series, creating an installation that vacuum-packed visitors in preparation for long-haul space travel.

The film, which was commissioned as part of a residency at Ars Electronica, is being shown at London's Science Museum until September. McRae also intends to exhibit props from the film across major science museums in Europe.