Instagram users are posting photos that show the almost-finished pair of twisted towers that Bjarke Ingels' firm is building in Miami.

The images show BIG's The Grove at Grand Bay apartment buildings at their full 20-storey height, with completion likely to occur later this year.

Both towers have twisted forms, with floorplates extended on all sides to create generous balconies.

These overhanging elements also act as brise-soleils, providing shade for the floor-to-ceiling windows of each residence.

"Miami has developed a contemporary condominium vernacular that combines brise-soleil-style balcony shading with floor-to-ceiling windows in order to best enjoy the panoramic water views of the area," said Ingels when the project was unveiled in 2012. 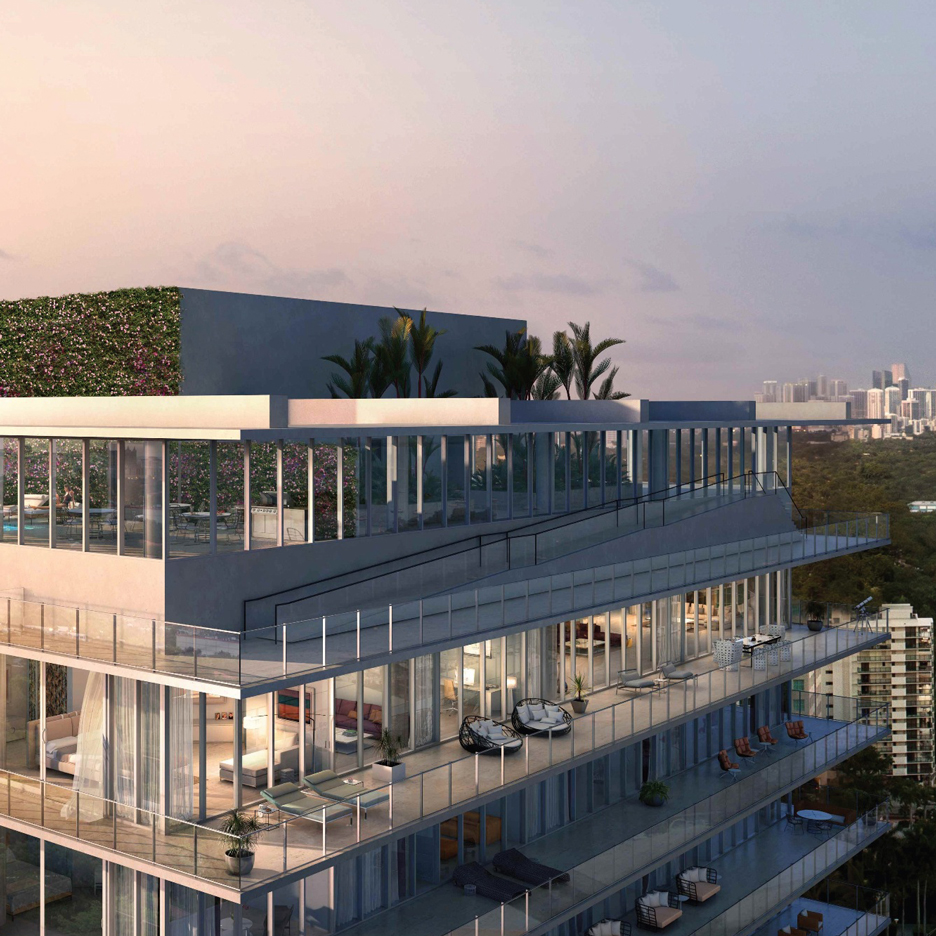 "We propose to elaborate on these indigenous elements and continue the evolution of the local condominium architecture."

A total of 98 condominiums are included in the development, along with gardens and terraces surrounding the buildings designed by landscape architect Raymond Jungles.

Earlier this year, the project's developers released renderings showing a full-floor penthouse in one of the towers, which went on sale for $28 million (£21 million).

The towers are located on the site of the former Grand Bay Hotel – one of Miami's most prestigious attractions during the 1980s and early 1990s – in the city's Coconut Grove area, where OMA is constructing a trio of peanut-shaped towers.

BIG has also designed a twisted tower for Vancouver, which was named Future Project of the Year at the 2015 World Architecture Festival.

The firm's other residential project in the US, the Via 57 West "courtscraper", opened earlier this year.

Numerous luxury residential buildings by well-known architects are underway in Miami and nearby Miami Beach, including designs by Zaha Hadid, Renzo Piano and Studio Gang.

These developments are helping to turn the city into the "capital of Latin America", according to architects and designers based there.