Lack of private space in office interiors is constraining the creativity and productivity of workers, according to data from two new UK workplace surveys (+ slideshow).

Gensler's 2016 UK Workplace Survey found that workers were more likely to be innovative if they had access to a range of spaces supporting different working styles, including private, semi-private and open-plan environments.

At the same time, the What Workers Want survey – from real estate advisor Savills and the British Council for Offices – reported that less than two-thirds of employees were satisfied with the amount of "quiet space for focused work" provided in their workplaces.

More than a quarter of employees who responded to the What Workers Want survey felt that the current design of their workplace was making them less productive, and 53 per cent believed their productivity would increase if they could attain their ideal office environment.

The findings come at a time when designers are creating an increasing array of noise-reducing products and new categories of office furniture to create niches within open-plan spaces.

An example is PearsonLloyd's Zones collection for Teknion, which features furniture to create privacy and encourage collaboration.

Gensler's data – collected from 1,210 employees across 11 industries in the UK – indicates that staff that are seen as innovators within companies are five times more likely to have access to a private space. Meanwhile, workers at the other end of the spectrum spend 86 per cent of their time desk-bound. 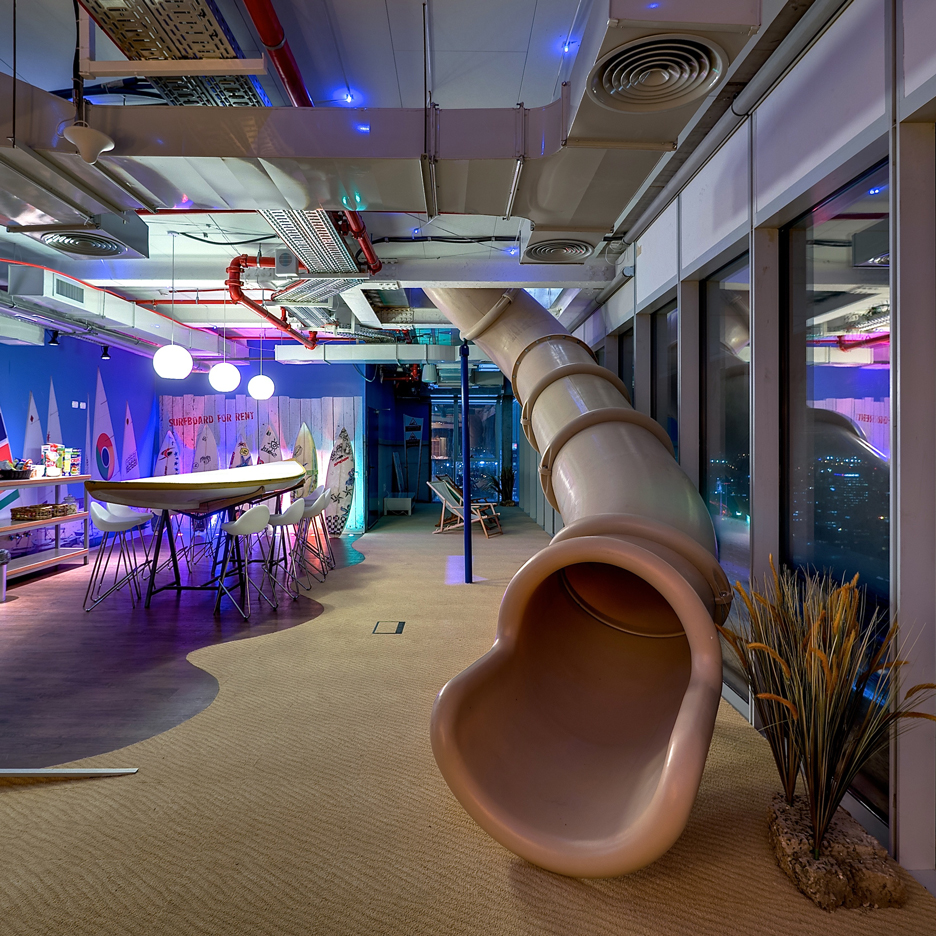 Google has had a negative effect on office design, says Jeremy Myerson

The results line up with that of What Workers Want, which was carried out online by YouGov using a sample size of 1,132. It found that while 71 per cent of all respondents valued having a quiet space for focused work, only 30 per cent were satisfied with its provision in their offices.

"Productivity in the workplace is vital to support an efficient business and enhance the bottom line, but it is apparent that a lot of employees feel that they are hampered by the environment around them," said Steve Lang, director of Savills Research and author of the report.

"There is never going to be a perfect office, but organisations must create as much choice as possible to enable employees to vary noise levels to meet their needs depending on what they're working on," he added.

"There should also be a desk-based solution for minimising noise levels at certain times, beyond simply donning the ubiquitous white headphones."

Lack of private space has been a consistent theme in workplace surveys over the last few years, with 2014 research carried out by Expert Market showing that more than half of employees prefer a private office. Gensler's 2013 US Workplace Survey found that workplace effectiveness in America had fallen by six per cent in five years as open-plan spaces became increasingly popular.

New technologies are driving a major rethink of office interiors and furniture design.

Increasingly sophisticated sensor technologies could contribute to a healthier and happier workforce by tracking the way offices are used and adjusting them automatically, according to US furniture giant Haworth.