British designer Tom Dixon has teamed up with fashion brand Curve to open a retail space in Los Angeles' Culver City – his latest move to conquer the US.

The Shop, as it is simply known, combines fashion, food and furnishing inside a new 30,000-square-foot space – part of a large new retail development.

It joins a recently opened showroom in New York as part of Dixon's bi-coastal expansion, as he continues to upscale his brand's presence in the US.

"We're making a big surge into America," Dixon told journalists in New York earlier this week. "We fit in quite neatly to this wave of American brands coming up very fast, which didn't really exist until now."

The LA store was designed by Dixon and is illuminated by a range of his different metallic lights throughout.

Some of the walls are lined with iridescent panels, both flat and corrugated, while feature surfaces are covered in white marble. These materials contrast with the raw concrete columns and exposed ceiling.

Moveable metal-frame partitions are draped with faux-fur throws and marble-patterned sheets, providing temporary backdrops for the furniture and home accessories. 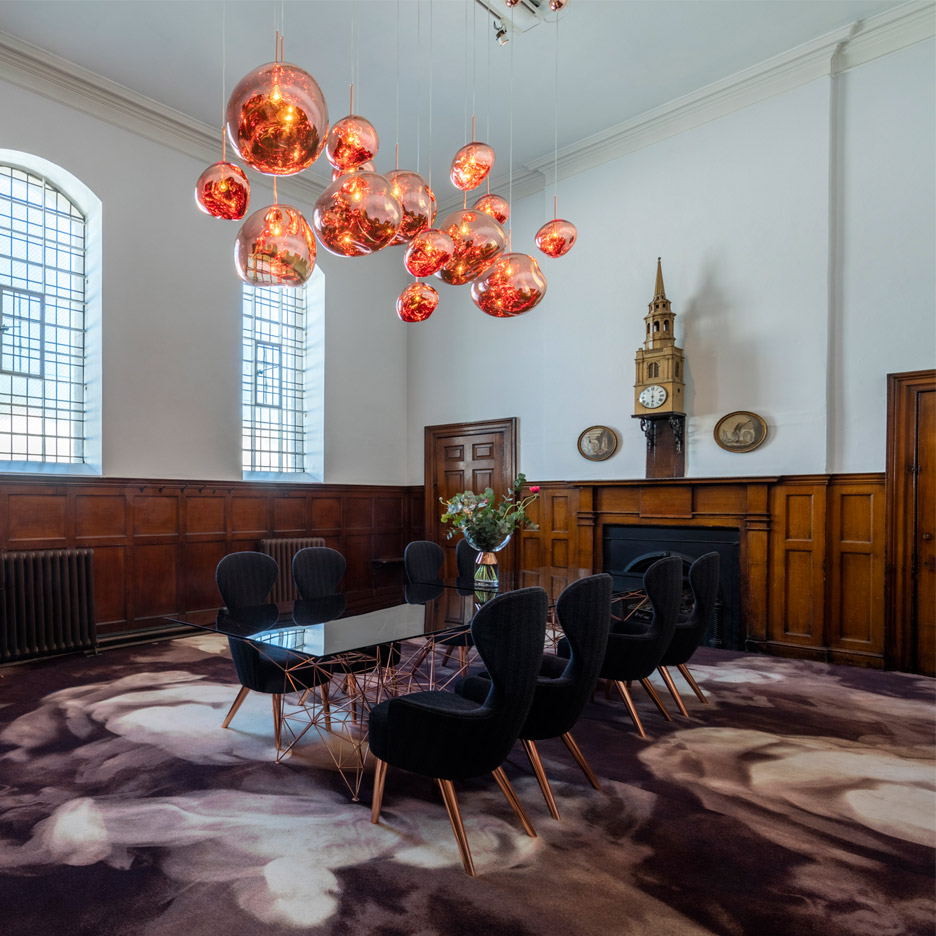 Clothes from Curve, which has boutiques across the US, are displayed on rails set inside giant boxes.

The store also features a coffee and snack bar, which spills out onto the adjacent plaza.

"In a landscape dominated by professional showrooms and multi-brand retailing chains," said the company, "Tom Dixon chooses to evade the status quo and offer to the US intriguing retail concepts that will bring to life the Tom Dixon experience and offer consumers a new way to interact with the brand."

Dixon first opened a retail space in the US last year – a showroom in Manhattan's SoHo.

Although the soft launch of the LA store was on 23 June 2016, it will be officially opened during an event this evening. Dixon's latest New York store opened on Howard Street earlier this week.

The designer's other recent interior projects include an explorer-themed restaurant in a London Regency building, the conversion of a church into a co-working space, and another similar workspace for freelancers and small businesses in the city.

Photography is by Katie Gibbs.