Designer Ron Arad has created bespoke seating for his overhaul of the hotel in Washington DC made famous by the Watergate scandal.

Arad's new designs were produced by Italian furniture brand Moroso for the restaurant at the Watergate Hotel, which reopened last month after extensive renovations.

The complex became famous as the stage for the Watergate political scandal, which led to the resignation of US president Richard Nixon in 1974.

It was built by Italian architect Luigi Moretti between 1960 and 1965, and features curving walls that create fluid public spaces.

"Arad's concept was to honour the context while creating something complementary and new, enhancing Moretti's original curves with some of his own," said Moroso.

The Watergate Chair is a variation of Arad's Victoria and Albert collection of seating, first designed for Moroso in 2000.

A continuous cushioned band loops around to form both the flat seat and curved back, with upholstery available in a range of bright colours. 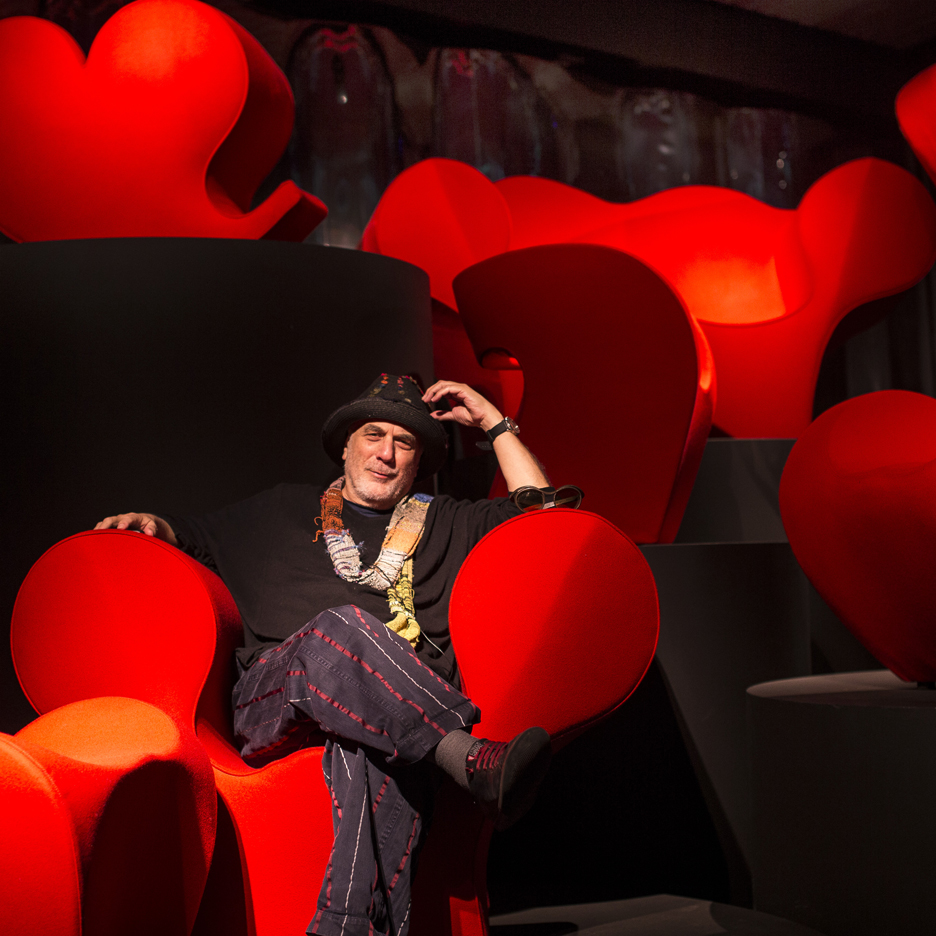 Arad has also reinterpreted his 2004 Three Skin chair for the brand, creating a design called One Skin that also comes as a bar stool.

Instead of the trio of bent plywood sections used to form the earlier chair's legs, seat and back, the new editions require only one curved element.

The wood is paired with a curved steel frame, which forms four legs for the chair and a continuous bent support for the stool.

Arad has a longstanding relationship with Moroso – an exhibition of his work for the brand in Milan earlier this year marked 25 years of their collaboration.

The London-based Israeli designer's furniture pieces for Moroso include the 1991 Spring collection, which he said marked a "turn in direction" for the company.

More from Ron Arad and Moroso