The colourful Cité Frugès housing complex was completed in 1924 and is among 17 Le Corbusier projects that received UNESCO listing earlier this month. At the time of construction, it was his first large-scale residential scheme.

French industrialist Henry Frugès was enamoured by the budding architect's work, and commissioned him to design 135 housing units for the employees of his sugar factory.

He specifically requested that he apply his controversial principles of architecture to the design, "however extreme the consequences might be".

Many aspects of the resulting complex were typical of the architect's later work. The 50 units that were actually built followed seven templates designed by the architect. This allowed builders to reuse the same formwork for pouring concrete, which greatly reduced costs. 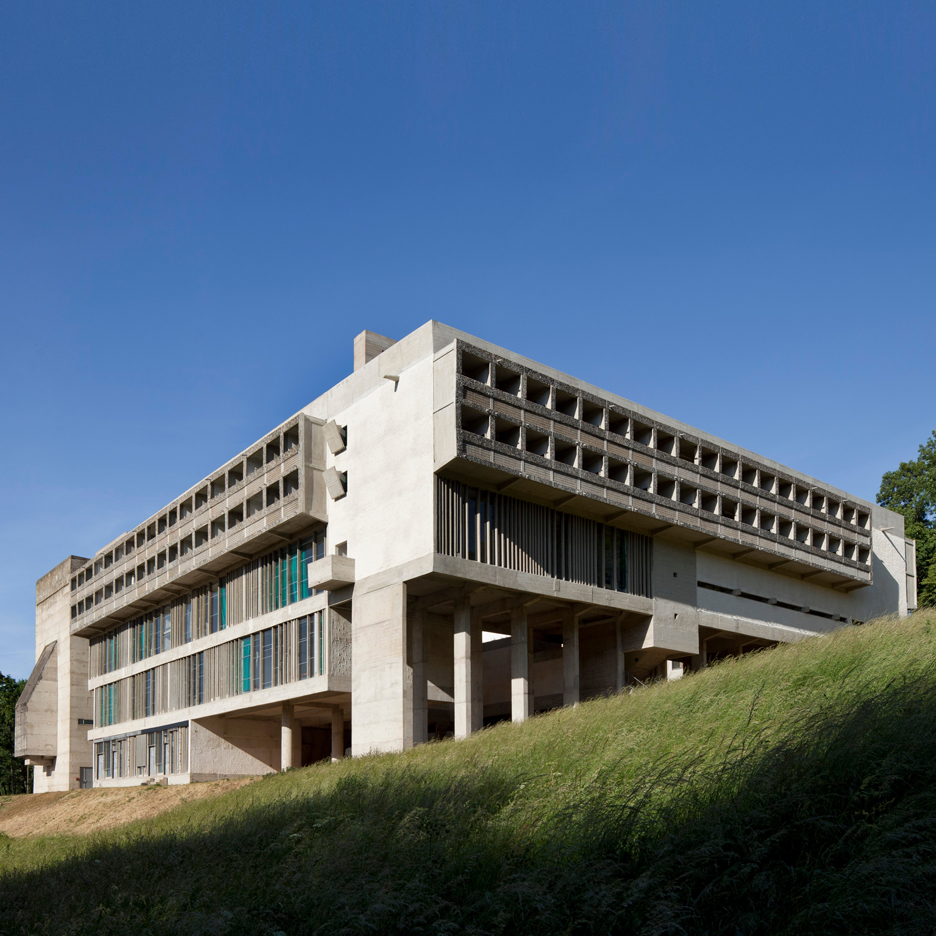 All of the houses feature rooftop terraces, many of which are accessed by exterior staircases. Other examples of Le Corbusier's five points of architecture that are seen in the design include freestanding facades, horizontal strip windows and column-grid construction.

Despite the ambitions of Frugès and Le Corbusier, the project was not a success. The bold Modernist architecture was too avant-garde, and many workers refused to inhabit the apartments.

Eventually, most of the structures to fell into disrepair and were abandoned. While some homeowners maintained their properties, the architectural value of the complex was overall unrecognised.

In the 1980s, the town of Pessac purchased one of the units and converted it to a museum and visitors centre dedicated to Le Corbusier. This stoked interest in the derelict housing, and units were increasingly rehabilitated and preserved.

Today, the simple geometry and bold colours of the houses are back in favour, and the properties have become desirable on the real estate market. In addition to being increasingly popular among residents, the Cité Frugès now also attracts many visitors, who are drawn by its historical appeal.

Other projects by the famed French-Swiss architect that UNESCO recently added to its list of significant architectural and historical sites include a museum in Tokyo dedicated to western art and the Ronchamp Chapel, arguably one of the most important buildings of the 20th Century.