World Heritage Corb: next in our series on the 17 Le Corbusier buildings that have been added to UNESCO's World Heritage List is Maison La Roche-Jeanneret in Paris – designed to provide a home for the architect's brother and a separate residence and gallery for a friend with a collection of cubist art (+ slideshow).

Completed in 1925, the building features many of the elements that Le Corbusier felt necessary for Modern architecture and was one of the main precedents for his hugely influential Villa Savoye in Poissy.

Comprised of two white blocks that join to create an L-shaped plan, the house forms part of the architect's "white villas" series of private homes. Like many of Le Corbusier's most famous projects, it was created in collaboration with his cousin Pierre Jeanneret.

The duo designed the building in two parts for two clients, one of which was Le Corbusier's brother Albert Jeanneret and his family.

But it is the other half of the building that has become more well-known, partly due to its more unusual layout.

It was created for Raoul La Roche, a friend of Le Corbusier, who was a Swiss banker and had a vast collection of cubist artwork. To accomodate both a private apartment for La Roche and an exhibition space for his art collection, Le Corbusier and Jeanneret spilt the space into two parts. 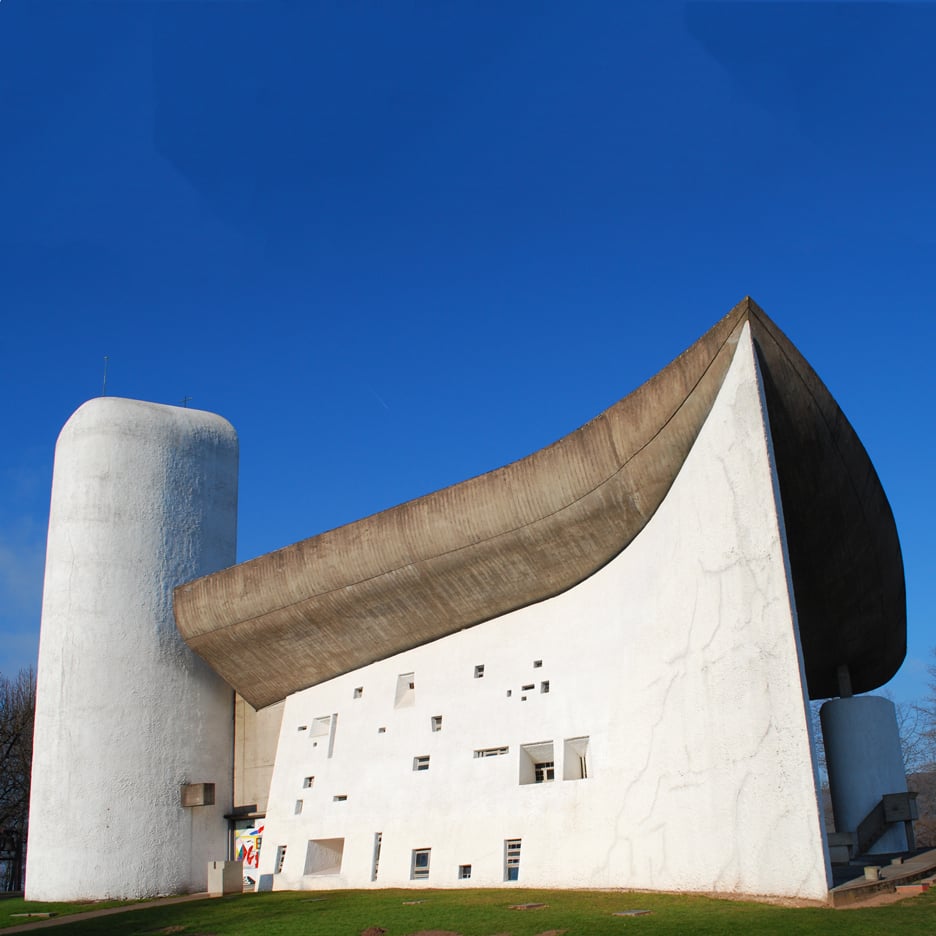 La Roche's private apartment is adjacent to the Jeanneret House, while the gallery is perpendicular to the private street and immediately visible from the entrance of the cul-de-sac.

"One accommodates a family with children, and is thus composed of a quantity of small rooms and all amenities needed by a family, whereas the second is designed for a bachelor, owner of a collection of modern paintings, and passionate about art," explained Le Corbusier in his second monograph, which was published in 1935.

Maison La Roche-Jeanneret features elements that Le Corbusier would later coin as the Five Points of architecture necessary for the Modernist style.

These include pilotis that lift the building up above the ground, a flat roof that could serve as a garden and terrace, open-plan interiors, ribbon windows for light and ventilation, and a free facade independent of the load-bearing structure.

A band of windows bridges the La Roche and Jeanneret residences, while the pilotis raise part of the building off the ground to allow visitors to move underneath and free up space for a garden.

In La Roche's section of the building, two staircases concealed behind each wall of the foyer lead to the two different areas of the house. On the upper levels, a series of balconies provide views into the atrium.

La Roche's private apartment is located in the right wing. The wing on the left contains a guest room on the ground floor, the art gallery on the first floor, and a library on the second.

To link the spaces Le Corbusier used the "architectural promenade", which was a theory he developed following his visit the Acropolis in Athens in 1911, where he was inspired by its sequence of spaces and the direction of movement.

The aim was to create a path that guides the visitor through the building, as well as unveiling the artwork. The promenade is symbolised by the curved ramp that leads from the art gallery to the first floor library.

"We climb a ramp little by little, a sensation entirely different from that given by climbing a staircase," said Le Corbusier. "Stairs separate one floor from another; a ramp ties them together."

The interior finishes are in-keeping with Le Corbusier's style of block-coloured walls, in shades of gray, blue and sienna.

Maison La Roche-Jeanneret was classified as a historical monument in 1996 and now operates as a museum for the Fondation Le Corbusier.

The building is one of the 17 projects by Le Corbusier that have been added to UNESCO's World Heritage List of internationally significant architecture sites this month.

Others added to the list include the colourful Cité Frugès workers' housing and the architect's tiny holiday cabin on the Côte d'Azur.