The pavilion – named Heart of Denmark – is located on Rio de Janeiro's iconic Ipanema Beach and was created by the Copenhagen-based architects as a gathering spot for Danish athletes and visitors to the 2016 Summer Olympics.

The structure, which takes its cues from Denmark's sailing culture, hosts a bar, press room and an exhibition area promoting Danish companies and products.

White sail cloth is stretched over aluminium masts to create the 300-square-metre space. 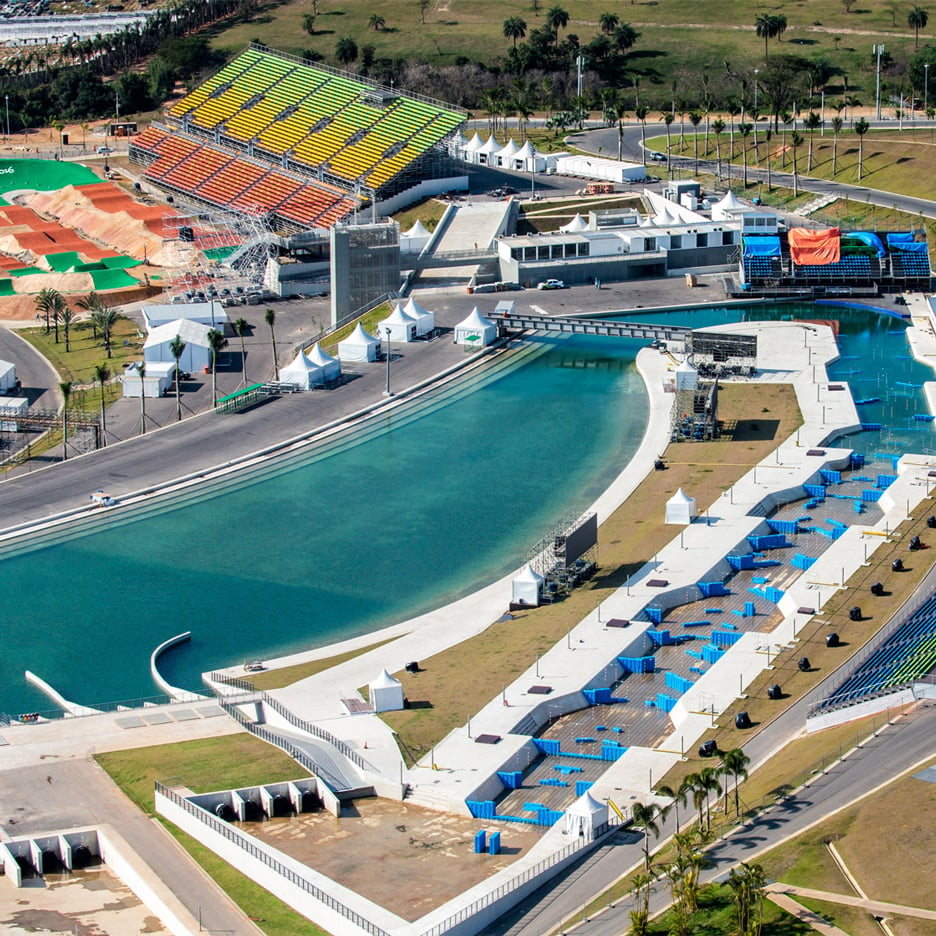 "The design refers to Denmark as a seafaring and yachting nation," explained the studio, which first unveiled plans for pavilion earlier this year.

A cross-shaped piece of clear acrylic is set into the pavilion's faceted roof. When red LED lighting illuminates the structure at night it recreates the design of the Danish flag.

The corners of the structure angle upwards to create peaks that reference Rio's mountainous landscape, as well as the work of late Brazilian architect Oscar Niemeyer, said the firm.

The pavilion was commissioned by Danish tourist board VisitDenmark and is open to the public until 21 August 2016, the final day of the games.

Follow our coverage of the Rio 2016 Olympics for the latest news about venues, events and sporting kits.