The USA's National Park Service celebrates its centenary this week. We've picked out eight of the best visitors centres and amenities designed as part of its Mission 66 project, which took place 50 years ago (+ slideshow).

Mission 66 was a 10-year building programme that aimed to expand visitors services to the parks in the decade before 1966 – the 50th anniversary of the creation of the National Park Service.

Architects and studios including Richard Neutra and the Frank Lloyd Wright-endorsed Taliesin Associated Architects were chosen to design structures across the country. Most were built in the Mid-Century Modern style popular at the time. 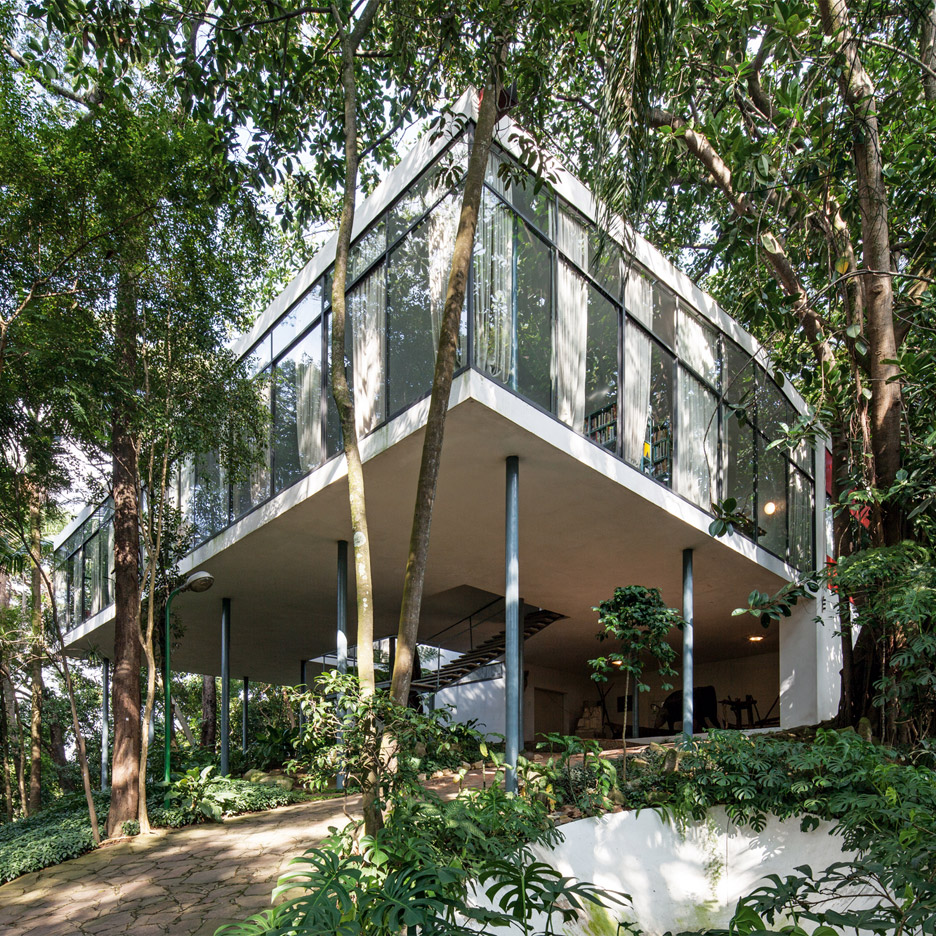 Another 50 years on, many of the structures are listed on the USA's National Register of Historic Places, and continue to provide information and facilities for their locations.

However, some have been controversially demolished, like Neutra's Cyclorama Building at the Gettysburg site and Henry M Jackson Visitor Center at Mount Rainier.

Regardless of their fate, here are eight of the most architecturally significant structures:

Richard Neutra – responsible for some of California's most celebrated Modernist buildings – was chosen to design the visitors centre on the site of the significant 1863 American Civil War battle at Gettysburg, Pennsylvania. The drum-shaped structure was created to house the 1883 Battle of Gettysburg cyclorama by Paul Philippoteaux, and form an observation deck.

Although considered a building of "exceptional historic and architectural significance", requests to fund restoration work in the 1990s were denied. The building missed out on listing on the National Register of Historic Places and, despite protests, it was demolished in 2013.

Honolulu firm Whimberley, Whisenand, Allison & Tong was behind the first visitors centre on the slopes of Mount Rainier in Washington state. The Modernist building's round shape, zigzagging supports and swooping roof proved controversial architectural statements for the location when it was completed in 1966.

It encountered further problems when its roof was unable to cope with the snow loading, and hundreds of gallons of fuel each day were required to melt the snow and prevent collapse. The centre also didn't meet updated accessibility codes, so a smaller alternative was built nearby in 2008 and the original was torn down a year later.

High in Colorado's Rocky Mountains, Beaver Meadows Visitor Center was completed in 1967 by Taliesin Associated Architects. It was one of the firm's most important commissions following the death of its founder, architect Frank Lloyd Wright.

Solid vertical stone walls are intersected by lighter horizontal volumes made from wood, with beams arranged in zigzag patterns. The building was given landmark status in 2001.

A concrete ramp spirals out from the trees and climbs to form a lookout at Clingmans Dome in North Carolina's Great Smoky Mountains. Built by architects Bebb and Olson in 1959, the 375-foot (114-metre) walkway is supported by a series of cylindrical columns.

The 45-foot-high (14-metre) viewpoint at the end is topped with a circular shade. It was one of nine observation towers constructed as part of Mission 66, and is included on the National Register of Historic Places.

Just off the iconic Route 66 in the Arizona desert is a surviving Neutra project. The architect worked with fellow Modernist Robert Alexander to create a complex that still provides visitor services, offices, maintenance, community services and employee housing for the Petrified Forest National Park.

A total of 23 structures – some with Neutra's signature "spider leg" steel supports – are arranged around plazas on the site, which was added to the National Register of Historic Places in 2005.

This cylindrical centre sits in Colorado's Mesa Verde park and provides an access point to the Far View archeological site. Denver architects Joseph and Louise Marlowe clad its road-facing side in brick, while glazing on the other side opens onto a balcony with panoramic views.

In 2013, the building was abandoned for a newer facility at the park's entrance. It now requires a tenant to take over and undertake restoration work, otherwise it is in danger of being demolished.

This design by San Francisco firm Anshen and Allen comprises a drum-shaped concrete administrative building beside a taller glazed exhibition structure with an asymmetric butterfly roof, which houses Jurassic-period bones and fossils.

The complex was built on unstable clay and has suffered serious structural damage – leading to its closure in 2006. The exhibition hall has undergone extensive renovations and repairs, while other portions were demolished and replaced with new buildings nearby.

This centre in Kill Devil Hills, North Carolina, is dedicated to the Wright Brothers – who are credited with building and flying the world's first successful airplane in 1903.

The low concrete building by Rogers & Poor is separated into various wings, each with portions of glazing held in bright orange frames. A short tower made up of curved white sides sits on top at one end, creating a double-height exhibition space for large aviation-themed models inside.