Named Power Tower, the project aims to make use of two of 12 disused electricity pylons in the city-centre park.

Anders Berensson Architects was commissioned by the Royal Court of Sweden, which owns the park, to create a new use for the structures, as an alternative to demolition.

"Both we as an office and the client see an industrial historical value in keeping some of the big towers – they are quite amazing structures," told Berensson told Dezeen.

"They have a great potential to be used for other things then carrying power lines – its a tower for free!" he said. "There is also of course economic benefit in not having to pay to tear them down."

Berensson aims to convert the two pylons into "picnic towers" with views over the park and the city.

He proposes wrapping the structures in spiralling wooden staircases. Wooden platforms on the uppermost levels of the pylons would provide observation decks. 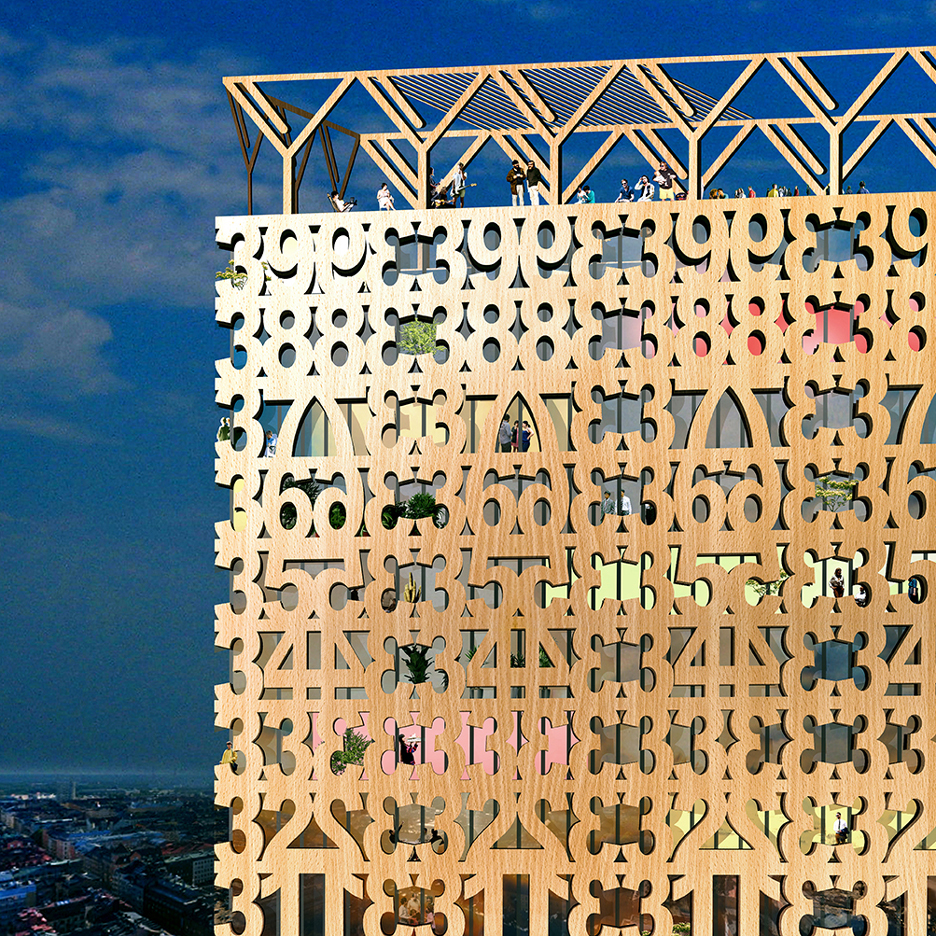 "The towers are constructed to carry heavy power lines over the treetops in the park, making them strong enough to hold platforms and high enough to give a great view," explained Berensson.

"The added stairs and platforms are made in wood to reduce weight and to contrast to the old structure."

Kiosks selling snacks and drinks would be built into the bases of each tower, allowing visitors to buy their picnicking essentials.

These kiosks would also act as gatehouses for the towers, allowing them to be opened and closed at different times of year.

Anders Berensson and his studio has previously created a series of conceptual proposals for Stockholm including a 133-metre wooden tower and a colony of skyscrapers linked by aerial walkways.

Both these schemes were commissioned by Stockholm's liberal Center Party, to help cater for the city's rapidly growing population.

While Berensson's skyscraper proposals are purely conceptual for the time being, the architect hopes to realise the Power Tower and is currently investigating funding avenues for the project.