London Design Biennale 2016: architect Fernando Romero has unveiled plans for a binational city spanning the US-Mexico border, amid Donald Trump's calls for a wall to be built between the two countries (+ slideshow).

Romero's Border City presents a utopian vision for a city with dual nationality, where people and goods could move more freely across the US-Mexico border.

The masterplan is the antithesis to the hardline immigration and deportation views of US presidential candidate Donald Trump, who has plans to construct a wall along America's southern border and foot Mexico with the bill.

Romero and his firm FR-EE aim to realise Border City over a 12-year period on a vast piece of privately owned land bordering the states of New Mexico, Texas and Chihuahua.

"This is a long-term vision, a utopian vision that is not about building walls but about thinking more ambitiously about the mutual relationship [between Mexico and America] and about what borders really mean between countries," Romero told Dezeen at the opening of the first London Design Biennale, where the project is on show.

"With technology, those borders are just becoming symbolic limits," he said. "The reality is that there exists a very strong mutual dependency of economies and trades."

Romero is developing the final stages of the concept with the three land owners and plans to make the city a reality within the next decade.

The city would be built around an existing border crossing, giving residents the opportunity to work in both Mexico and America.

The masterplan features themed zones laid out in a hexagonal plan, each with an epicentre containing medical, cultural or industrial services. Avenues radiating from their centres would link with neighbouring zones.

The site would connect to existing major transport links, including the new inland port of Santa Teresa, the I-10 highway that connects the east and west coasts, and the seven border crossings in the area.

"What you're seeing here is the first binational city to be designed from zero between the United States and Mexico," said Romero. "This is one of the most active borders in the world in terms of commerce and traffic of goods but also in terms of human activity and employment." 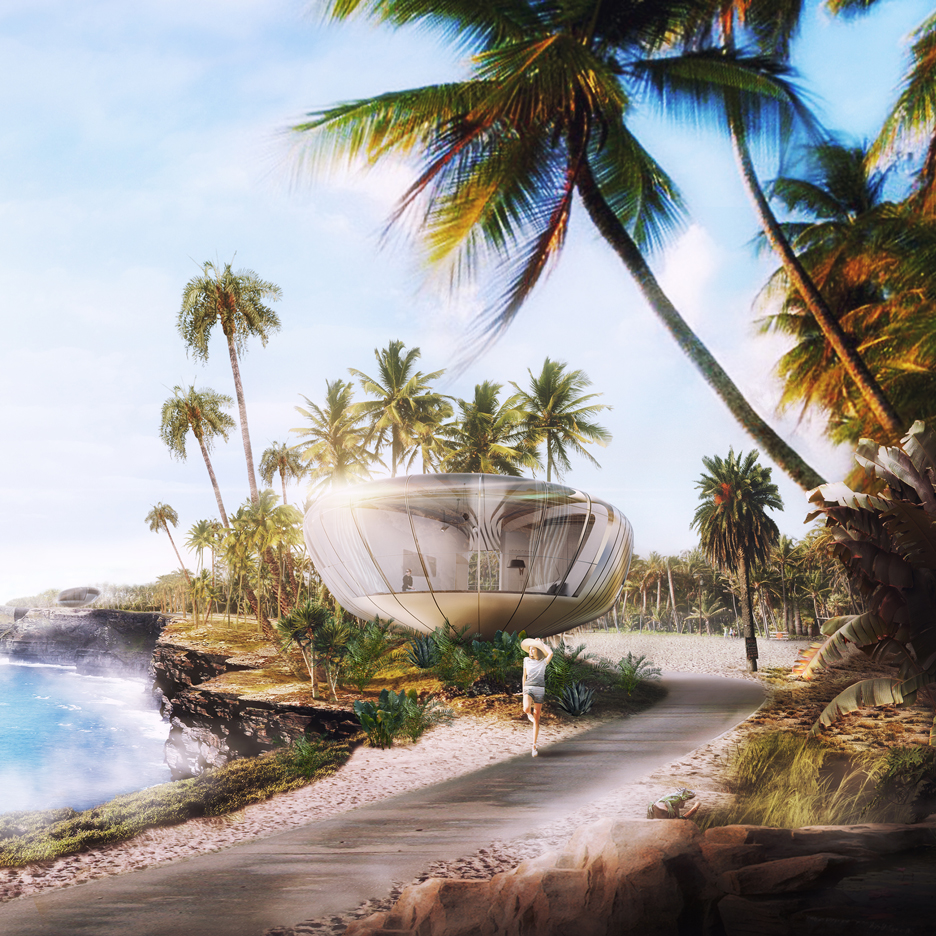 "In this current moment in politics there's a very strong debate in regards to the binational relationship – and of course the idea of building a wall," he added.

Romero proposes establishing a special economic zone between the two countries with its own governance. It would be not dissimilar to Andorra, which sits between France and Spain in the Pyrenees mountains.

He said the city's proximity to America could make Mexico more commercially competitive and boost its economy. Plans for the city are based on the economic success of existing border cities El Paso and Ciudad Juárez.

The Taiwanese electronic company Foxconn, which manufactures Apple products, already has a factory on the site in Chihuahua.

Romero believes new technologies could make border crossing more fluid, allowing people to move more easily but also for the faster distribution of goods – which the architect believes could open up "tremendous" trade opportunities for both countries.

"The border is very primitive as a limit," said the architect. "It operates very efficiently from the north to the south, America to Mexico, because there's nobody stopping the cars and the traffic, but the other way around it is very inefficient."

"It has tremendous trade possibilities – whatever goods you produce here you immediately have a train that connects to Los Angeles – so it is the dream situation in terms of having connectivity to the United States."

Romero envisages the city will take shape over 12 years with three key phases, each taking four years. Three epicentres will be developed during phase one of the scheme.

The architect said the scheme could be replicated globally to create sustainable cities as populations grow and migration increases.

Fernando Romero is also working with British architect Norman Foster on one of the world's largest airports in Mexico, which is due to break ground later this year.

The event opened earlier this week and includes installations by designers from 37 countries created under the theme Utopia by Design.