The WE Guest House is located in Bridgehampton, an upscale, waterfront hamlet in the Hamptons. The dwelling occupies the corner of a large parcel that features gardens, an outdoor shower, a swimming pool and a barbecue pit.

While conceiving the guest house – which was designed and built in eight months – the architect referenced both rural and urban dwellings.

"Reminiscent of an old farmhouse with its simple shape and repetitive openings, the house also shares its DNA and open-space plan with that of a New York loft," said TA Dumbleton Architect, or TADA, a design and development studio founded in 2012.

A multi-pitched roof is sheathed in cedar shingles and is punctuated with a series of skylights.

A glazed wall on the north elevation offers expansive views while enabling ample natural light to penetrate the interior. 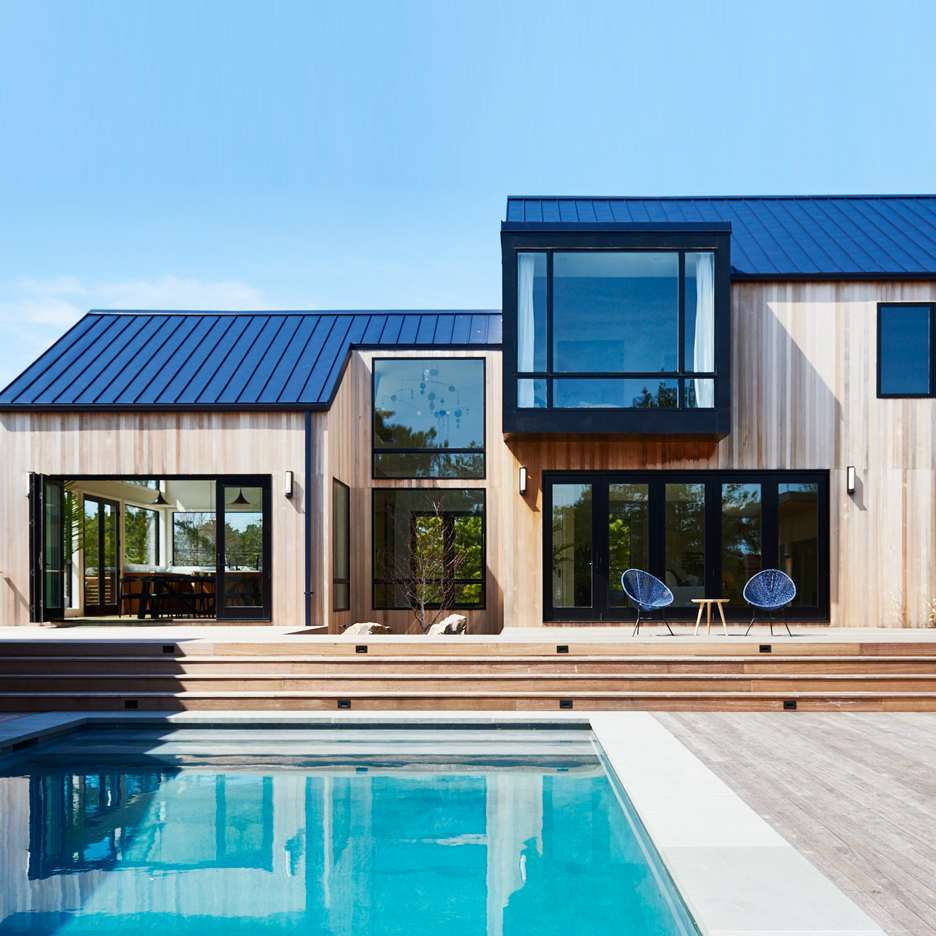 "The home provides numerous connections to its immediate surroundings, while the larger double-height end windows maximise the relationship with distant spaces beyond," the firm said.

A second bedroom occupies an attic-style loft clad entirely in warm-coloured wood, which was reclaimed from an old Brooklyn warehouse. The salvaged wood was also used for the kitchen cabinetry.

Filled with natural light, the interior of the home is meant to feel airy. "The open plan is an exercise in fluidity and weightlessness, which contrasts with the heavily insulated stucco exterior walls that ground it," the studio said.

The architect incorporated radiant concrete flooring, along with a pair of fireplaces with black tubular chimneys. The home is furnished with contemporary decor, including a geometric side table and a black floor lamp that resembles a bird cage.

The Hamptons is full of large holiday homes and sprawling estates. Other examples include a cedar-clad "modern barn" by Studio Zung and a home by Bates Masi that is shaded with strips of canvas.

Photography is by Ed Lederman.

More from the Hamptons