The jagged form of this climbing centre by Reiulf Ramstad Arkitekter is covered in grey, brown and white shingles that reference a snow-covered mountain behind the building (+ slideshow).

The Reiulf Ramstad's Oslo-based studio designed the Norwegian Mountaineering Centre for a spot on the edge of a harbour in Åndalsnes, a town in Norway's Romsdalen Valley.

The building comprises a tall, angular volume containing an indoor climbing wall and bouldering room, as well as a lower mono-pitched form that houses changing rooms, a cafe, library and offices.

"The Norwegian Mountaineering Center is anchored in an innovative interpretation of nature's fantastic dimensions and the dramatic experience of mountaineering," said the studio.

"The design of the building is based on its function as a mountaineering centre and gathering place for both locals and visitors," said the studio.

"This provides the structure with a characteristic volume, communicating its contents with exciting and unique geometrical expression." 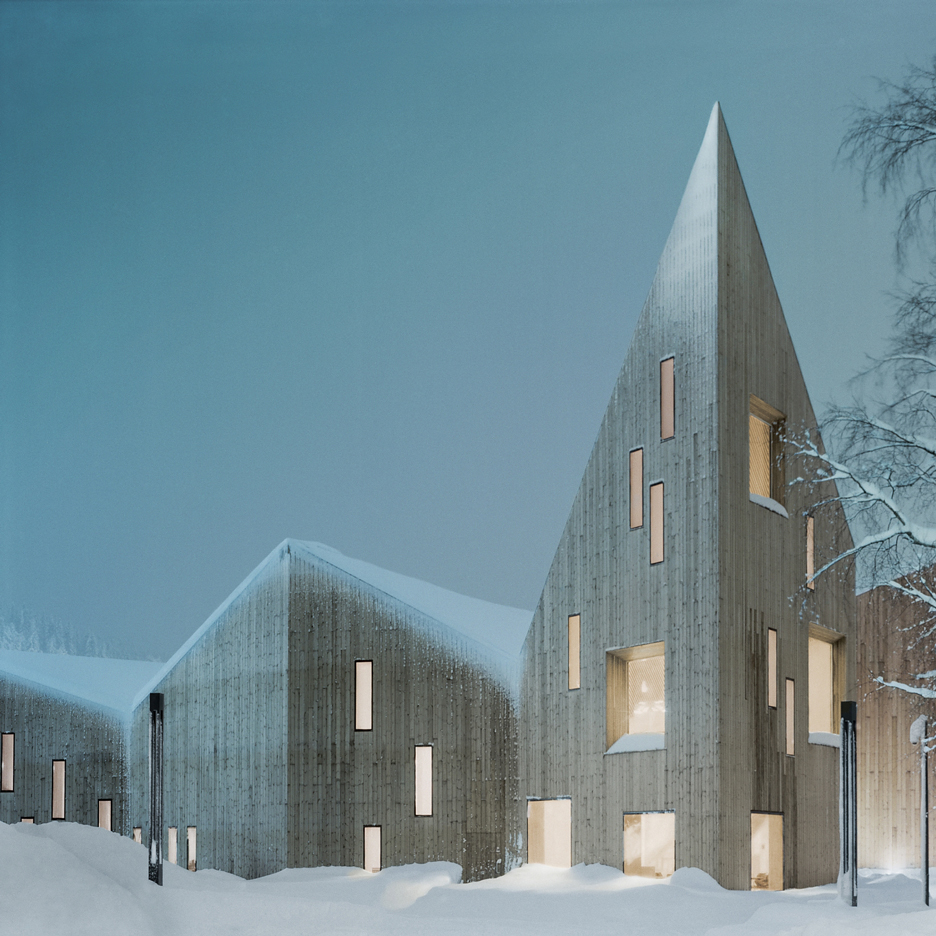 The density of white shingles is greatest towards the top of the climbing tower, suggestive of snow, while grey and brown shingles surround the base.

Aside from giving the building the appearance of a snow-topped peak, this patterned cladding also adds to the building's unusual appearance, intended as a landmark for the town centre.

Reiulf Ramstad Arkitekter has designed a series of buildings with a similarly distinctive form, ranging from a completely glazed restaurant – also in the Romsdalen Valley – to a folk museum and a chapel with a spiky spire.

The won a competition to design the 900-square-metre building in 2009 and it completed earlier this year.

Photography is by Reiulf Ramstad Arkitekter and Søren Harder Jensen.