Carmody Groarke has completed a north London house featuring three brick volumes and a grand window facing into woodland, as documented in these images by Swiss-French photographer Hélène Binet.

British studio Carmody Groarke designed Highgate House for a young family on a plot that backs onto Highgate Wood.

Slightly set back from the street, the three volumes feature brick walls to complement the building's more traditional neighbours. The brickwork continues inside the residence.

The central volume features a double-height window on the rear facade that offers views into the private garden and woodland. The window is recessed deeply into the brick facade, creating the illusion that the volume has very thick walls.

"The architecture is given physical consistency and presence throughout by the sculptural use of brick as the predominant material," said Carmody Groarke.

"This provides coherence with the surrounding detached houses of the north London suburb, and although manifestly abstract in its use, covering all surfaces inside and out, the brick retains association of traditional craft embedded in the eclectic architecture of the neighbourhood." 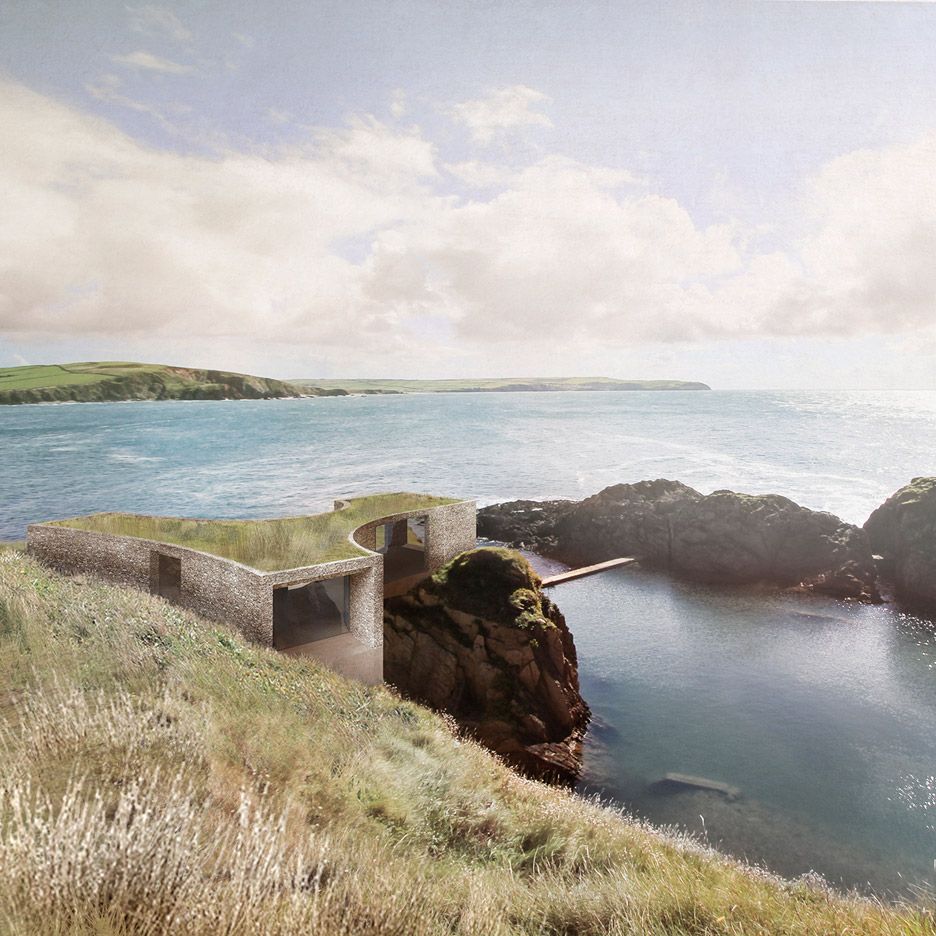 Two of the volumes have a rectilinear form, while the northern volume features a stepped outline.

Rooms have differently sized windows depending on their function, and either face out onto the garden, the street or woods.

"The treatment of thresholds between interior and exterior space varies greatly in scale and proportion according to each room's physical and visual connection to the street, the gardens and Highgate Wood beyond," said the architects.

An atrium at the centre of the house is flooded with natural light by the largest of the windows, which stretches from the floor up to the flat roofline, and a circular skylight.

This area forms the heart of the house, and is flanked by the two smaller volumes.

An open-plan kitchen and living area, and the dining room are placed in the northern block, while a swimming pool occupies the longer, thinner volume on the eastern side.

"The large central hall becomes the defining element in the formal and spatial composition," said the architects.

"It defines the centre piece of the radiating arrangement of brick masses which relate in scale and grain to the neighbouring houses and suburban condition," they added.

A staircase in the hallway leads up to the a mezzanine floor, where residents are offered more views of the woodland.

Bedrooms are located on either side of this mezzanine – two in the northern wing and two in the southern.

Photographer Hélène Binet shot the project using an analogue rather than a digital camera. In an interview with Dezeen last year, Binet said she finds the slickness of digital photography "very disturbing".

Binet is the go-to photographer for architects including Zaha Hadid Architects and Peter Zumthor. She recently shot the Caruso St John-designed Newport Street Gallery, which houses the personal collection of artist Damien Hirst.

Carmody Groarke was founded by Kevin Carmody and Andy Groarke in 2006. The studio recently unveiled it was working on plans for a new members room at London's V&A museum and a precarious cliffside suite for an Art Deco hotel on the south coast of England.