EU students are deferring or cancelling their offers from UK design schools over Brexit with major implications for the future of the sector, according to London Design Festival co-founder and UAL governor Ben Evans.

Evans said that EU applicants who had been offered places at the University of the Arts London (UAL) accounted for 17 per cent of the intake of students, but that a number had cancelled or deferred their entry since the results of the EU Referendum.

"There's no material change to their circumstances at this point, but it is a point about them feeling less welcome in our city, and insecure about coming and taking up a three-year degree course in London," he said.

"That's a disaster, because the reputation and the prosperity of our sector depends on the steady intake of talent, particularly from the EU."

Many are major employers of British designers and graduates. A significant number moved to London from other countries to study, and have stayed and based their businesses in the UK. 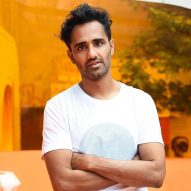 But Evans warned this could change if restrictions were placed on how long graduates could stay in the UK after their studies.

"Students outside the EU used to have a two-year window after graduation when they were able to stay and live and work in the UK. That got chopped a few years ago, so you graduate and you're out straight away," he said. "If that applies to EU students as well, we're in trouble."

Leading architects and designers that attended Dezeen's Brexit design summit in June said that overseas staff accounted for up to 70 per cent of their staff and were important for communicating with overseas clients, creating a diverse creative culture within the workplace and plugging skills gaps.

Evans said that existing visa requirements for creative talent were already harsher than in many other UK sectors, despite a clear need for skilled staff from overseas.

"In some categories they're absurd," Evans said. "I mean you've literally got to be nominated for an Oscar to be of a sufficient creative standard to come in. This is the Home Office closing in, rather than opening out."

"If we could propose a set of entry criteria that was much more realistic about the skills base that we so urgently need, I think that would be helpful, not just to us but to the politicians," he said.

Evans was talking as part of a Brexit event organised by London's Design Museum during London Design Festival, which he co-founded in 2003 with John Sorrell.

A live stream of the Design and Brexit discussion was broadcast on Dezeen's Facebook page and is still available to watch. The video is embedded below.

Speaking to Dezeen after the panel discussion, Evans said that London risked losing its status as a creative capital for Europe.

"We are already charging significant fees when most European design schools are free or extremely cheap," he said. "Reputation is everything. If London starts to lose its reputation it will change very, very quickly."

"Berlin is one of many cities that sense opportunity here," he added. "The golden era that we've been enjoying for many years will quite dramatically come to a close."

Evans is one of the backers of Dezeen's Brexit Design Manifesto – a statement about the cultural and economic importance of design and architecture to the UK and a call on government to address key issues that will impact on its post-Brexit future.

The manifesto has attracted over 250 signatures from major names in British design and architecture, including Richard Rogers, Conran, David Adjaye, Ilse Crawford and Jasper Morrison.

Evans said that designers needed to present a loud, unified voice around Brexit and campaign to protect the future of the sector.

"We need to become quite political," he said. "It's very important that we don't let this happen to us."

"It's extremely important that we all come together, because our voice will be so much more powerful if we can offer a collective view."

Read more about the manifesto and find out how to sign »