British furniture manufacturer Modus teamed up with designjunction for the Who's Casper? charity project, which invited 15 designers to add their own spin on a recycled cork stool originally created by designer Michael Sodeau.

The aim was to raise funds for Movement on the Ground – a foundation that works to support refugees at the forefront of the European crisis.

Designer Moritz Waldemeyer, architecture studios Autoban and Studio Egret West, and artists Barnaby Barford and Alex Chinneck have each created versions of the stool for auction – but the designs are all anonymous.

"Each one will be sold on the merit of its creativity rather than the name of its creator," said the organisers.

"Each stool is a once in a lifetime opportunity to acquire a unique piece of art that contributes directly to helping provide safety, shelter, warmth, food, water and medical aid to refugees."

Michael Sodeau designed the Casper stool for Modus earlier this year. It features two finger holes that make it easy to move – but which also make the object look like it has a face. 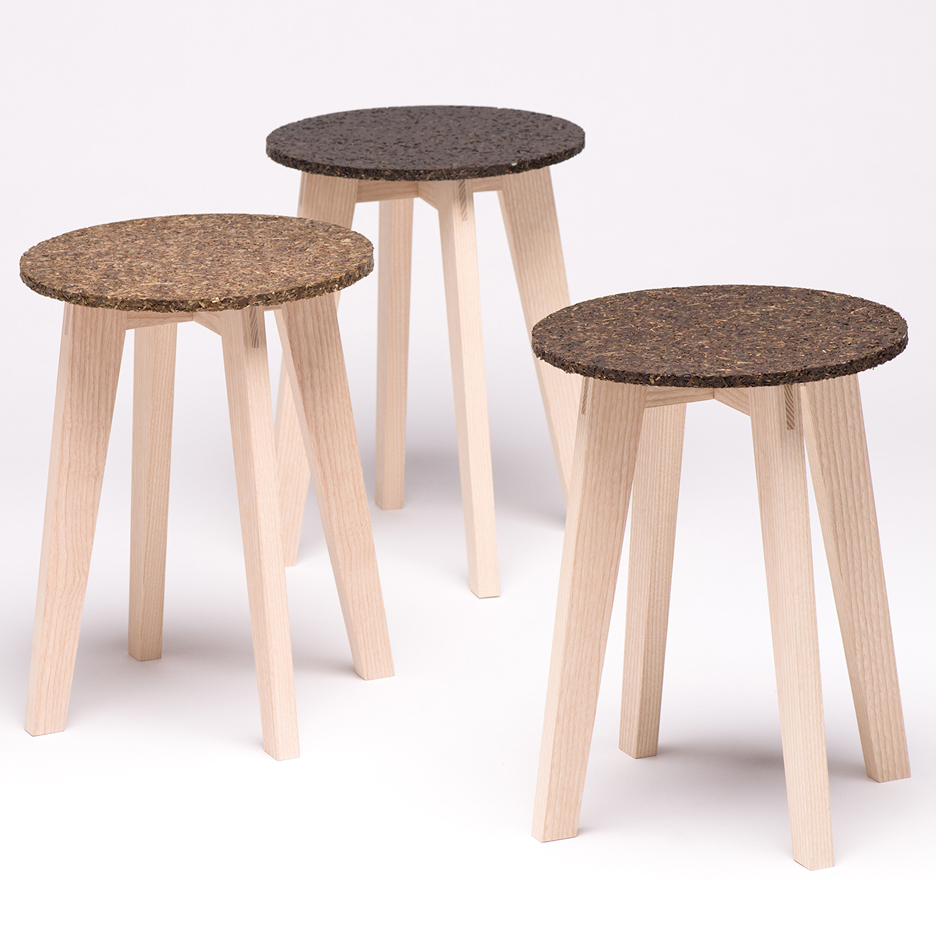 "Casper is a true collaboration between design and refugee support. The stool cleverly highlights a key component in crisis situations – eye contact," said Movement on the Ground co-founder Dylan Ingham.

One of the customised stools is wrapped in a gold survival blanket, while another is torn in half and chrome plated. Others have been hand-painted with street-art-style graphics, or decorated with pen and ink illustrations.

There is also a white version that is topped with plants, and one with a miniature rubber ring around its middle.

All 15 stools are currently on show at Modus' London showroom, located at 28-29 Great Sutton Street, as well as online. Dezeen is media partner for the auction, which closes on 19 October 2016.