Estonian interior architecture students designed this floating timber pavilion to provide a shelter, sauna and campfire for visitors to the Soomaa National Park wetlands during flooding.

The students from the Estonian Academy of Arts collaborated with Tallinn-based architecture firm b210 to design and build the floating structure named Veetee, which translates as waterway. They created it during the 10-day Wilderness summer workshop.

The floating pavilion is designed to allow visitors to immerse themselves in the natural setting all year round – despite its seasonal flooding. 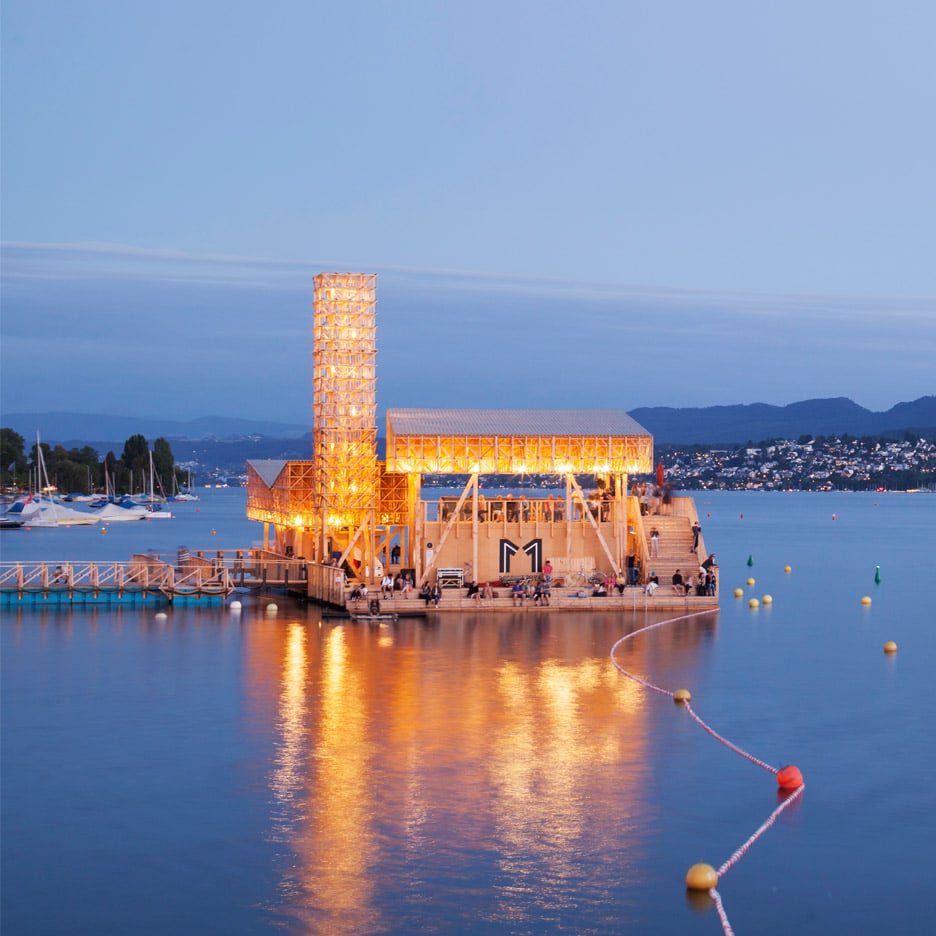 The forest floods for two weeks each spring, and is known locally as the fifth season. The simple wooden structure aims to provide an alternative to existing forest infrastructure during this rainy season.

"Veetee is neither a vessel, nor a house: that is maybe the most intriguing aspect of it," said tutor Pavle Stamenovic.

The pavilion comprises a series of V-shaped timber profiles and a platform, which float on metal barrels.

The whole structure weighs in at around 700 kilograms. It originally included a sauna – but this sank during the launch.

"It is extremely contextual. It offers something to the Soomaa environment that they have not had until now: a public space, a meeting spot on the water."

Veetee is open to the public and was the result of a workshop investigating timber construction.

The group spent several days in Soomaa National Park prior to the build to let the context of the surroundings sink in and understand the environmental challenges Veetee might be faced with.

Students were encouraged to leave laptops at home and asked to communicate ideas on scraps of wood paper for the duration of the workshop.

The finished pavilion borrows elements from a series of prototypes created by the group. It took a team of five people six days to build.

Last year, students from Estonian Academy of Arts created another site specific project – a trio of giant timber megaphones designed to amplify the sounds of another Estonian forest.