Artist Rolf Sachs has collaborated with Leica to cover the camera brand's M-System model in the same material used on ping-pong bats.

For the limited-edition piece, Sachs looked to materials that have strong gripping properties, especially those traditionally used in manufacturing.

The artist decided on a red textured rubber that is usually used on the surface of table tennis bats.

"Applying a material that has never before been used as an easy-to-grip camera surface has created a striking aesthetic and a unique tactility," said Sachs.

The rest of the camera, which is available in a limited edition run of 79 pieces, features a black paint finish with red engravings.

It comes in a black case, which contains the camera, the lens, a carrying strap and a Leica SF 40 flash. 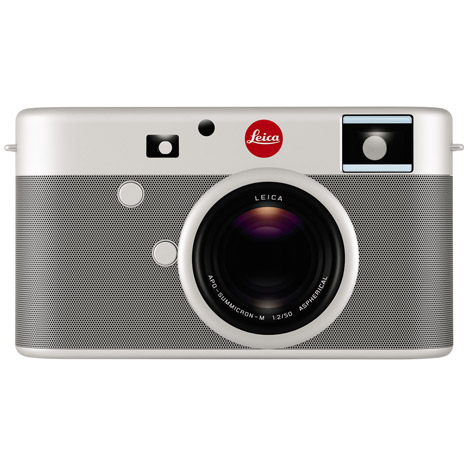 Sachs usually works in sculpture and installations, creating pieces like The Journey of a Drop, which dropped coloured ink six storeys into a glass tank at the V&A museum.

His furniture designs include a table made from two sledges and chairs cast from resin.

The London-based artist and designer has also renovated a Bauhaus building and designed the interior for a restaurant at Zürich's Dolder Grand hotel.

Apple's Jonathan Ive and Australian designer Marc Newson previously created a one-off Leica camera, which was auctioned off for charity.