Hump-like protrusions extend down from the brick ceiling of this restaurant in London's Marylebone by Andy Martin Architects, referencing the domed interior of pizza ovens.

The London-based studio wanted the space to be a "visual interpretation of contemporary Italian taste".

The restaurant called Fucina, which translates as forge, opened earlier this month and serves a menu of contemporary Italian fare.

The facade of the building are fitted with a coloured glass and steel screen to block out the hubbub of the street, and an interior lined with brick, and filled with bespoke furniture, lighting and ironmongery.

"Raw materials such as brick, marble, timber and burnt steel dominate the 110-cover restaurant, harking back to the origins of the word Fucina," said the studio.

"The restaurant's crowning glory is the uniquely curved and distorted ceiling," it added. "Handcrafted from brick, it pays reference to the inside of a traditional pizza oven and creates a bold and undulating focal point."

An L-shaped bar is surrounded by a grey marble counter top with an undulating edge – echoing the ceiling – and used to display fresh produce, flowers and crockery.

Dining tables feature wooden branch-like legs and chairs have woven fabric seats and backs. Pale floorboards are offset by areas of colourful terrazzo, where marble chips have been set into a cement board.

Downstairs, a chef's table and the toilets have a darker and moodier aesthetic, with black beaten-steel walls, an exposed concrete ceiling and an open-fire pit for cooking.

This is the second restaurant Andy Martin Architects has designed for restauranteur Kurt Zdesar – the studio also made over his Chotto Matte eatery in Soho.

The studio's previous projects also include a barrel-vaulted conservatory in west London. 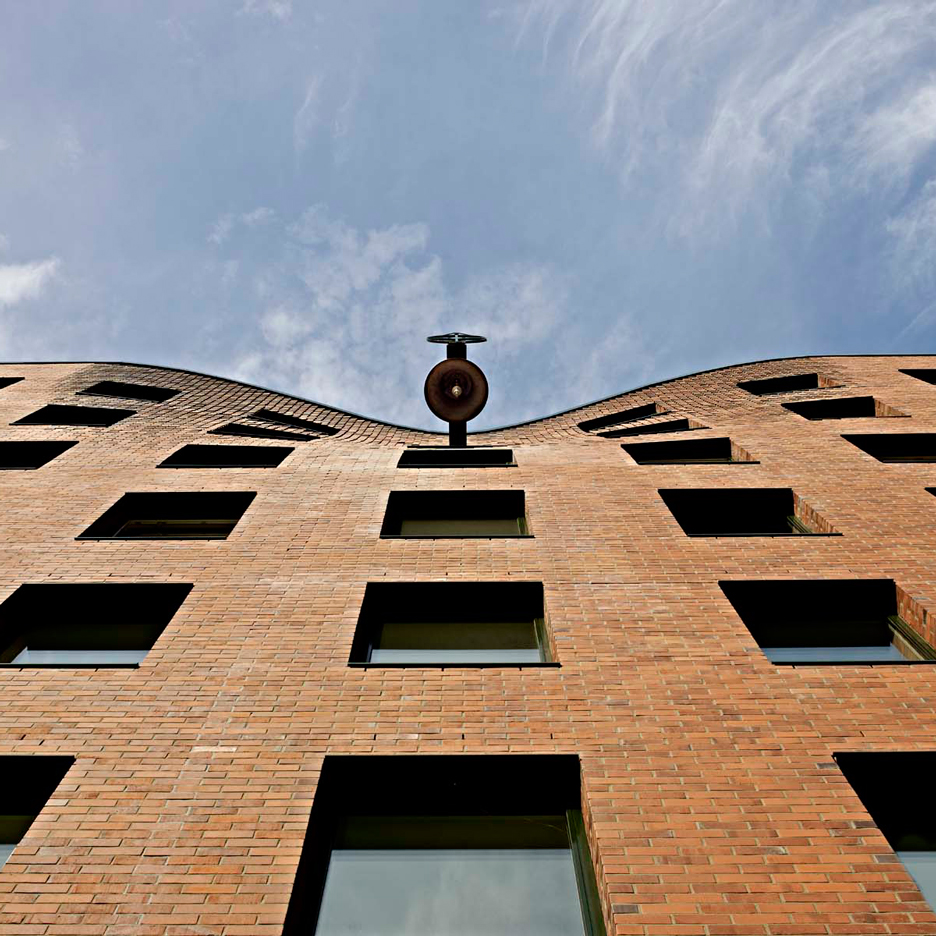