Design solutions for a wide range of social concerns, from rapid-recovery housing to drinking water access for migrants, are featured in a new show at the Cooper Hewitt Smithsonian Design Museum in New York.

The exhibition, By The People: Designing for a Better America, features 60 projects from every region across the USA.

It is the third show in a series at Copper Hewitt focused on socially responsible design.

The new exhibition showcases design solutions for a wide range of issues, from access to food and water to improving housing conditions. Some projects are located in urban and suburban settings, while others were conceived for rural contexts. 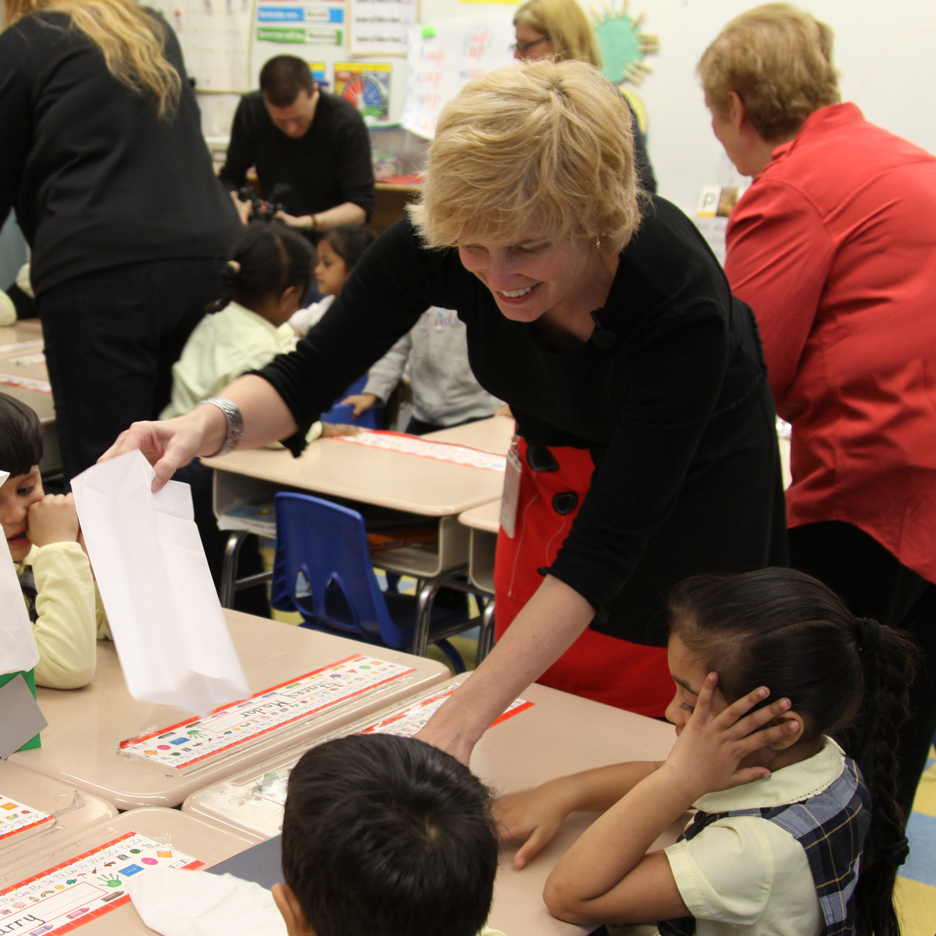 The show was organised by Cynthia Smith, the museum’s curator of socially responsible design, who travelled around the country to find design solutions that fostered equitable and sustainable communities.

The exhibition is divided into six themes: Act, Save, Share, Live, Learn and Make.

The Save portion presents work that builds on "existing assets" in the cultural, natural and built environments.

Projects include the Harlem Hospital Pavilion Facade by HOK, which consists of a colourful mural inspired by the iconic New York neighbourhood's history and culture.

Also on view is the Belt Line Atlanta Concept, a grassroots effort to transform old rail lines into a 22-mile (35-kilometre) green loop with trails and park space.

The Share section features spaces and buildings that encourage interaction and exchange.

Projects include the Las Abuelitas Kinship Housing, an affordable complex in Arizona by architecture firm Poster Frost Mirto. It was designed for low-income residents who are raising grandchildren.

Projects in the Live section are centred around improving access to healthcare, food and clean water.

Featured work includes water stations by the nonprofit organisation Humane Borders, which is situated along the US and Mexico border.

Conceived by the nonprofit group Growing Power, the mobile markets travel to areas with limited access to fresh fruits and vegetables.

Work includes neighbourhood libraries in Washington DC, like one by David Adjaye, that have been constructed in historically underserved neighbourhoods.

The Make section presents strategies related to the creative and manufacturing industries, such as Rapido, a system for rapid recovery housing in Texas.

The design – by bcWorkshop – consists of a 400-square-foot (37-square-metre) core unit that can be quickly erected and expanded in the future as needed.

The section also features the Thunder Valley Regenerative Plan by architecture firms Pyatt Studio and BNIM, which is a comprehensive design strategy for the Pine Ridge Indian Reservation in South Dakota.

By The People: Designing for a Better America is on show until 26 February 2017. The museum is hosting a series of related events, including lectures on affordable housing and resilient design.