Chinese automaker Geely has launched a new car brand with sharable locks and an open platform designed to make its vehicles "the most connected in the world".

Lynk & Co specifically targets the growing sharing economy with its cars, which are accessed through digital rather than physical locks.

The brand is launching one model initially, the 01 compact SUV, which will hit the market in 2017.

"The 01 will be the most connected car in the world: designed for a modern, urban audience who are used to collaborative consumption and all the benefits that this brings," said Lynk & Co vice-president Alain Visser.

While other companies like the UK's Zipcar have been running car-sharing services for some time – and car brands like Mini are getting on board with their own offerings – Lynk & Co is taking the concept a step further by integrating sharable locks.

These enable people to start their own car-sharing schemes rather than submit their cars to an existing service. The cars are ready to share from the moment of purchase. 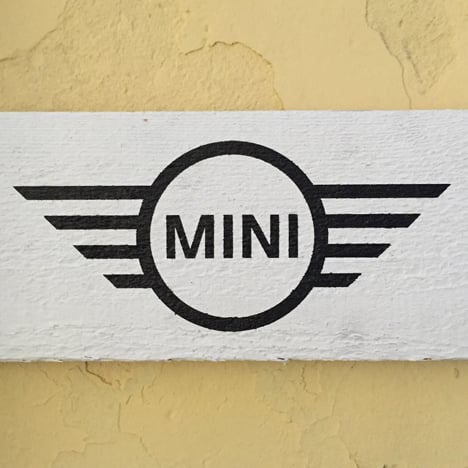 "It could be you sharing your car with someone else, it could be corporate pools, it could be car-sharing startups, or maybe a block of flats where instead of building parking spaces you have half the number of cars for the amount of people if they're willing to share them amongst themselves," Lynk & Co chief digital officer David Green told Dezeen.

"This is the functionality that is possible with the open platform."

The cars are opened via radio-frequency identification (RFID). Through the accompanying digital platforms, owners are able to give their friends, family or other drivers the "keys" to their cars for a specific time.

Lynk & Co has developed its own share mode for this purpose, but it also invites developers to create compatible apps for its platform, which has an open application programming interface (API).

"Opening up for third-party innovation is the exciting next step," said Green.

Despite the focus on innovation, Lynk & Co skirts the automotive industry's current obsessions for electric and self-driving cars – technologies that it believes are still too experimental for the mass market.

"With a battery car, if you're using it as a multipurpose vehicle as young people and families do, then if you run out of electricity you can't quickly pop into a petrol station and fill it up in five minutes," said Green.

"So those are limits and I'm not sure our customer group is as yet ready for that, although we're pushing in that direction."

The 01 model will launch with a petrol engine in China in 2017, and follow with hybrid engines in Europe and the USA. The company plans to release fully electric vehicles in the future.

The cars are built using the same modular architecture used by Volvo, another subsidiary of Geely, which also owns the London Taxi Company.

The vehicles are designed and engineered in Sweden and will be manufactured in China. Lynk & Co plans to sell the cars online and in select stores, with a fixed price for all markets.

As well as through sales, the company will make the vehicles available via leasing, subscription and sharing.