The geometric-shaped weight is made from non-slip silicone that holds the cable on flat surfaces. It's also adjustable, allowing users to move the weight along the cable to a spot that suits needs.

According to the company the six-foot-long cable's Kevlar-reinforced structure gives it a longer lifespan – and makes it six times stronger than standard Lighting cables.

The extra length gives the user more freedom, and the connector joints have been designed to withstand the strain of daily use.

"Anchor Cable's adjustable weight means it stays right where you left it, solving that everyday frustration of fishing around for your charger on the floor by your nightstand or under your desk," said Native Union co-founder John Brunner, who set up the company in 2009.

"It's also got the added length you need to use your device comfortably as it recharges."

Native Union has also designed a charging block for the Apple Watch, made from a block of black marble with a rotating metal mounting arm.

The Anchor cable is available in either beige or blue, and retails for £29.99. 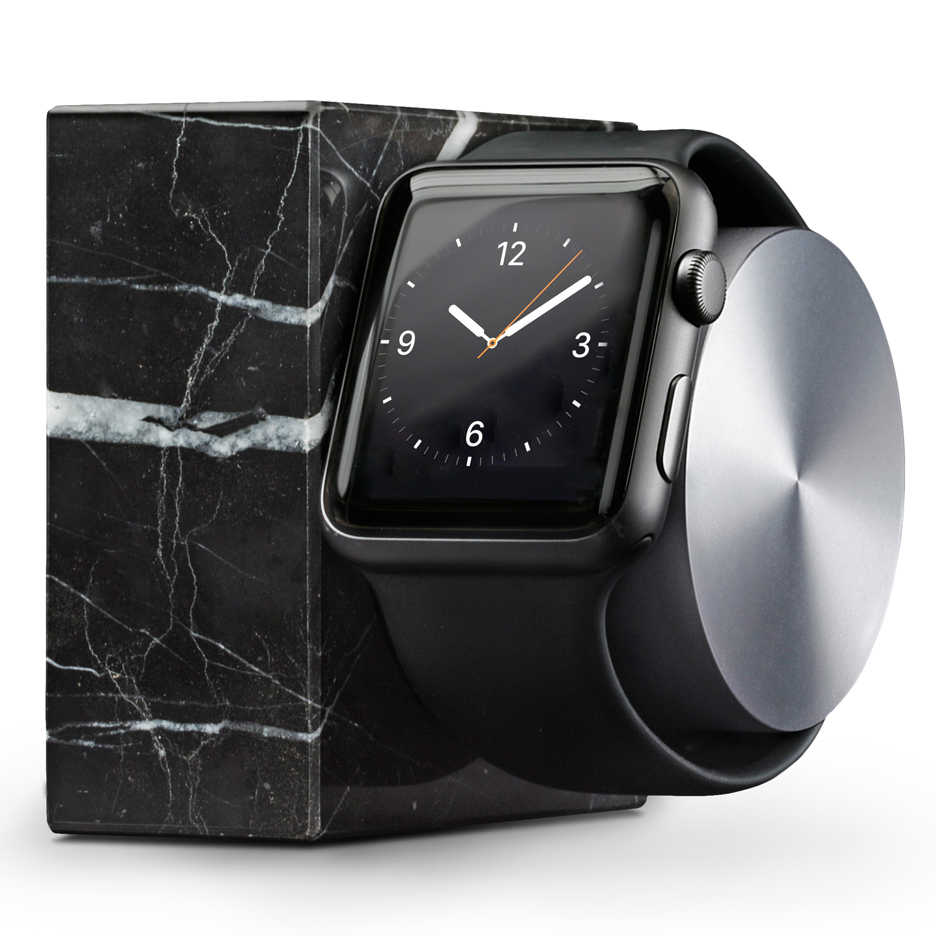 A more lo-fi alternative to organising cables was invented by Sugru users, who used the synthetic rubber to attach Lego Minifigures to surfaces and used their hands to hold cords in place.

New York designer Karim Rashid has also addressed the "knotty tangle of power cords", with a charging device that stores its metre-long cable in a loop around its outside. Los Angeles designer David Oakum similarly created a more appealing alternative, redesigning the extension cable as a row of wooden spheres and cubes that stop tangles.