The Flint Hills Residence is situated on a large working ranch near Alma, Kansas, known as the City of Native Stone due to the prevalence of limestone in the area. The home was designed for a family of five and their summer guests.

"This was a rare opportunity, as not much contemporary architecture happens in Wabaunsee County," said El Dorado, a studio founded in 1996 and based in Kansas City, Missouri. "Overall, we sought subtlety in the architecture response."

The residence was built near the crest of a hill, on a 1.4-acre (0.5-hectare) site that offers extensive views of the farm and a nearby pond.

Totalling 5,600 square feet (520 square metres), the dwelling consists of four linked volumes, each clad in an open-joint cedar rainscreen and topped with a corrugated metal roof.

The structures are connected by two glass-enclosed atria with flat, planted roofs.

"Each wing is a simple rectangular volume with a pitched roof, the traditional farmhouse form common in the Flint Hills," said the architects. 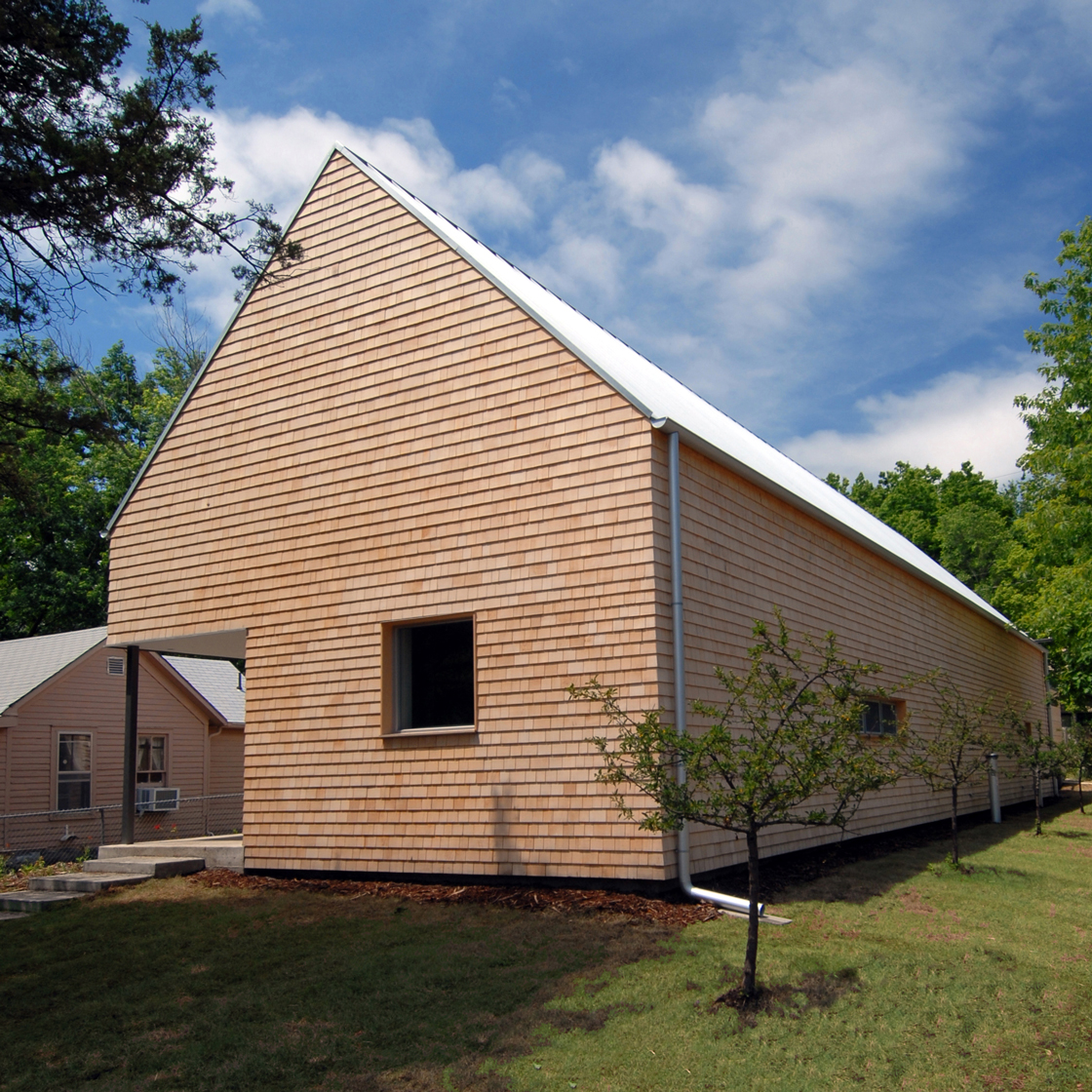 "This is a clean, modern interpretation of a very contextual form and construction method."

The design draws references to existing buildings on the ranch, which feature wooden walls, limestone bases and metal roofs.

The structures "spread out in long horizontal lines across the country's last remaining tall grass prairie", said the firm.

The architects used limestone from a local quarry to create chimneys, along with walls and steps in the landscaped area around the home.

Windows and skylights were strategically placed to connect "an interior situation with an outdoor experience".

The central public portion of the home contains a kitchen, dining room, living area and patio. The architects also added a mudroom, powder room and pantry to the communal zone.

One of the atria connects the public volume to a garage, which has a guest suite with a bedroom and bathroom above.

The second atrium links the public volume to the two private wings. One contains the master bedroom, while the other encompasses the children's bedrooms.

A pool house sheathed in limestone was built approximately 100 feet (30 metres) from the house.

"The rooms themselves were arranged to provide the desired levels of public and private use, as well as to maximise strategic views to the surrounding landscape," the studio said.

El Dorado has its own fabrication shop, which enabled it to test out many of the ideas incorporated into the residence.

"Our shop served us well as a research lab and testing ground for this project," the studio said. "We were able to build a full-scale wall and window mock-up to test materials, rainscreen details and wood finishes."

Other rural properties in the US include a white, barn-like home by Turnbull Griffin on a California farm and buildings by Japanese architect Tadao Ando for a massive New Mexico ranch.